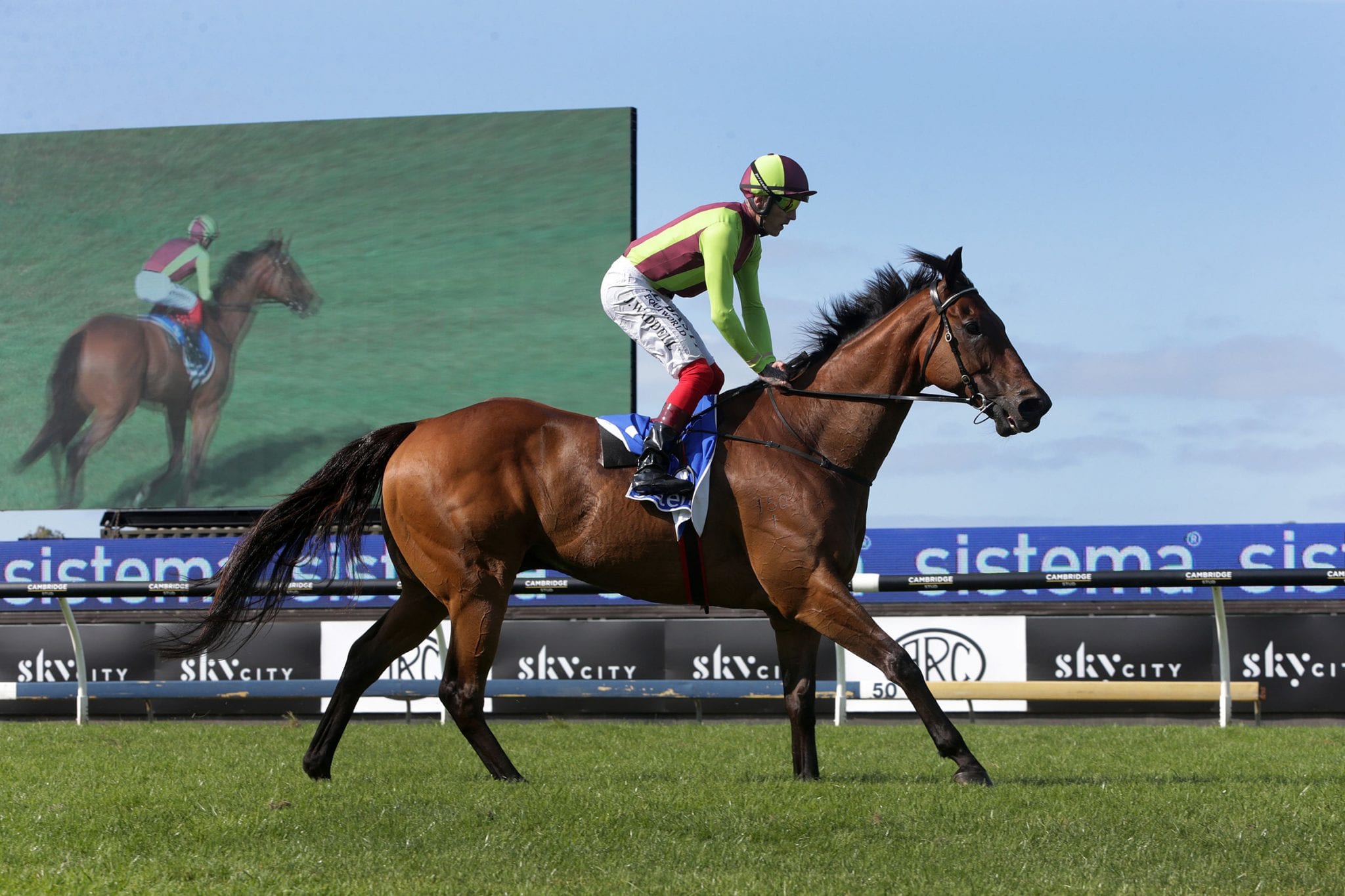 An eye-catching run at the Taupo trials last week has trainer John Bell confident his stable star Julius is right on track for his first assignment of a new campaign.

The lightly raced nine-year-old was slowly away in the 1100m trial but was seen to be making up good ground in the run home for regular rider Jason Waddell, finishing off strongly in behind eventual winner Avantage.

Bell, who has the Group 2 Valachi Downs Foxbridge Plate (1200m) at Te Rapa on September 5 set down as the first up target for his charge, was surprised to see him muff the start at Taupo. “I think he’s only missed away once before and that was when he ran third at Rotorua one day,” Bell said.

“Jason said one of the runners next to him was a little fractious in her barrier so he was looking at her when the gates opened and was just a stride slow. “He got back and they didn’t have much pace on but I liked how he finished off without any pressure on him and he was pretty much hard on the back of the first three at the finish.”

Bell believes he has the Swiss Ace gelding in good fettle leading into his first-up run if his mannerisms around the stable are any indication. “He’s up to his old antics at the moment, standing on people and the like,” he said. “He has been in work a while and in fact he was too forward so we had to put him out for three weeks, to back off him.

“I wasn’t going to run him with 63kgs or the like on his back so we’ve been patient with him. “He has had his trial which has brought him on nicely and I think a gallop between races somewhere in the next week or two should have him spot on for the Foxbridge.”

Safely through his Te Rapa mission Julius will head to the first Group 1 contest of the season, the Tarzino Trophy (1400m) at Hastings on September 19. “We’ve got him entered for the Tarzino down at Hastings so he will head there provided he goes well at Te Rapa,” Bell said. “His main aim this season will be to try and defend his Railway Stakes (Group 1, 1200m) title at Ellerslie on New Year’s Day.

“While he has had his problems over the years, he is fine at present and showing no signs of any issues. “He has only had seventeen starts in his career and has proven himself at the top level so I would like to think he can be as competitive this time around as he has been in previous campaigns.”