All About You impressive on debut 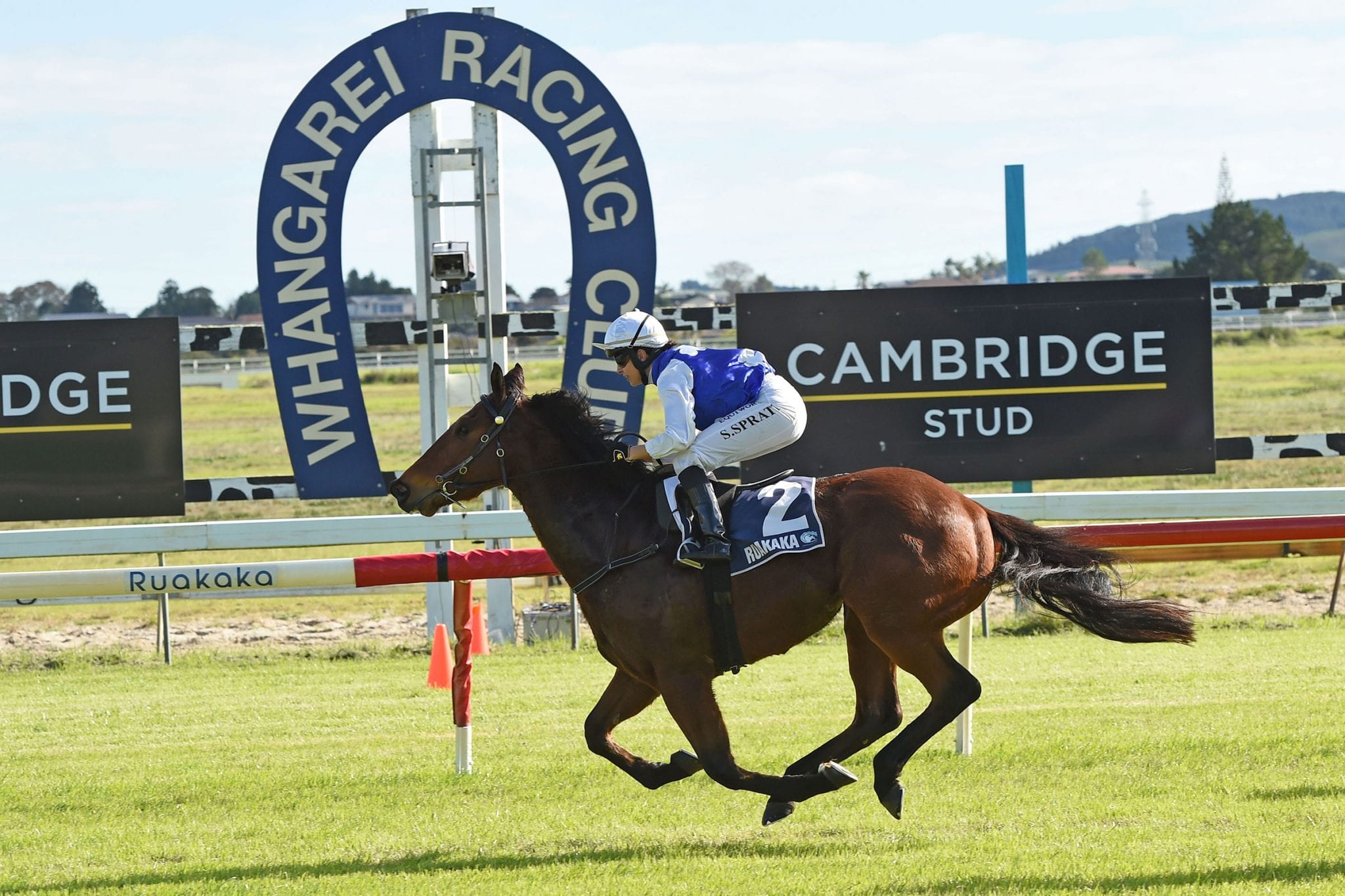 A sparkling win at the Te Rapa trials back in late May indicated that promising three-year-old All About You would be hard to beat when he made his raceday debut and that proved correct as he bolted away with the first race on the card at Ruakaka on Saturday.

The son of All Too Hard put paid to a handy field of age-group rivals over 1200m in the hands of Sam Spratt, racing clear in the final stages to win by one and a half lengths from the well-favoured Express Desire and One Power.

Trainer Alex Oliveira had been expecting a bold performance, but not necessarily a winning one, despite making the long trip north from his Cambridge base.

“He’s a horse I’ve always liked but he has taken a while to mature and for the penny to drop in respect of what the whole game is all about,” he said.

“He had three trials before he won over 900m at Te Rapa.

“I think it clicked for him then as Jasmine Fawcett rode him for me in a gallop last weekend and she said to me afterwards that he went really well.

“That gave me the confidence to enter him today, although it would have been a long way there and back if he hadn’t gone any good.”

Oliveira didn’t need to worry about that as All About You settled nicely in midfield for Spratt before looping the field to issue his challenge on the home bend.

Striking the front at the 300m, Spratt kept him up to the mark over the concluding stages to register a dominant victory that suggests there is more in store in the coming months.

“I’m not too sure what we will do next with him as he doesn’t want the wet tracks, so if he has another run, it is likely to be back here at Ruakaka,” Oliveira said.

“Sam got off and told me the horse had relaxed nicely in the run which suggests he will get over more ground, but I think I will stick to 1200m for his next start at least.

“His future probably lies in Hong Kong if he does keep improving like I think he can.”

All About You is raced by Paul Chow who purchased him under his Tartan Meadow Bloodstock banner for NZ$65,000 from the Westbury Stud draft during the Book 1 sale at Karaka in 2019.

He is out of the Snitzel mare Woman In Love, a daughter of multiple Group Two winner Magic Music, who was also placed in both the Group 1 Lightning Stakes (1000m) and Group 1 Oakleigh Plate (1100m) at Flemington