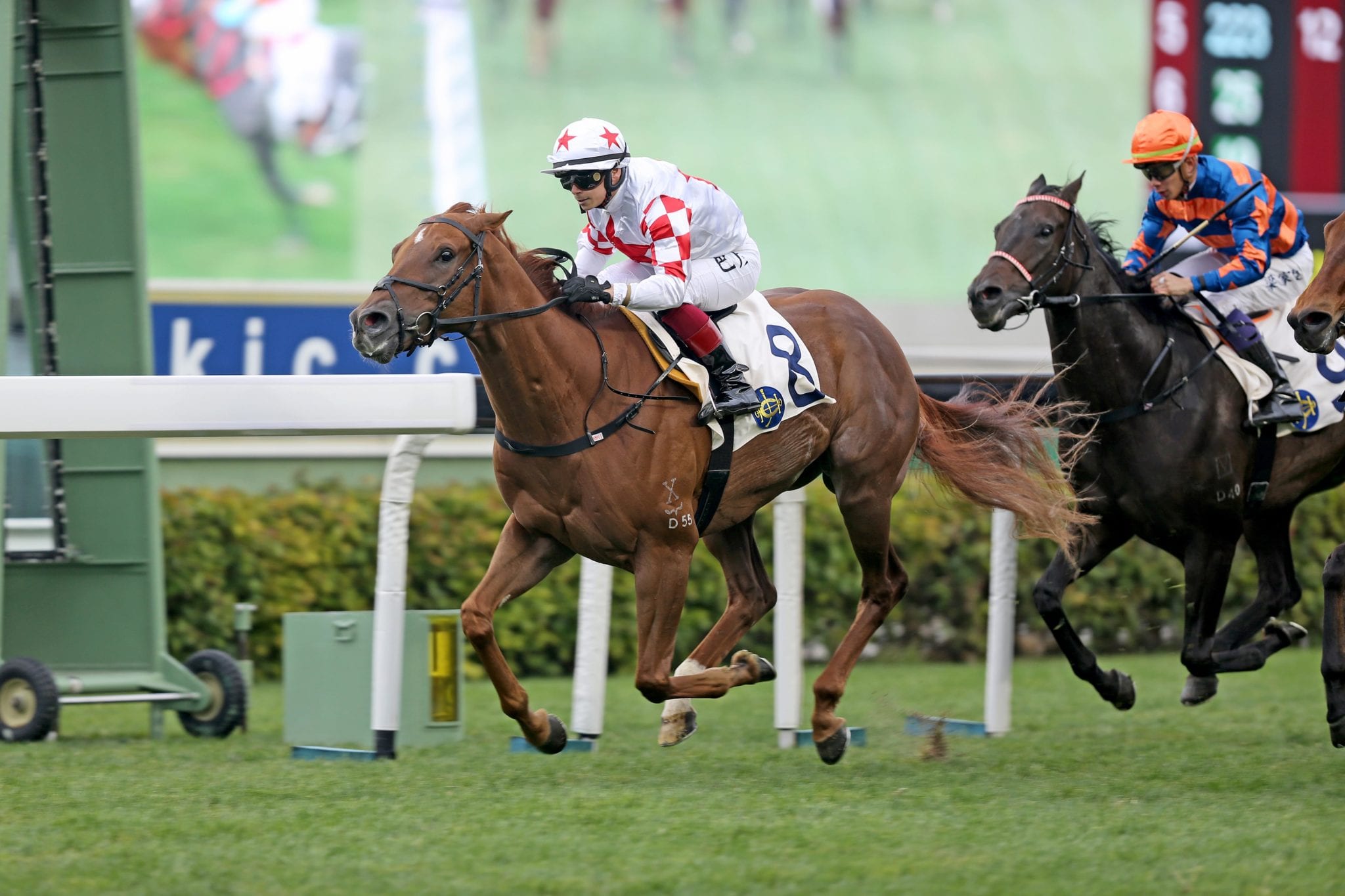 Alexis Badel has enjoyed a successful winter stint, and, with his contract up at the end of February, the Frenchman nailed a treble on the unbeaten Inner Flame (122lb) to take his running total to a meritorious 19 wins.

The Douglas Whyte-trained galloper had an awkward draw in gate nine and Badel found himself wide and facing the breeze from the off in the Class 3 Daffodil Handicap (1200m).

“I wanted to cross and get cover but I couldn’t find a spot on the inside,” he said. “The two leaders were slowing the pace into the bend, so I had no hesitation to let my horse keep rolling because he’s good enough to do it. It was my only option to get a deep breath into him before the effort – he needed to breathe so I couldn’t stay three-wide no cover.

“I trusted my horse – he’s still improving and a bit of a baby and he had to fight for the first time. He was a bit lost but he was good enough to fight and win.”

Runner-up Invincible Missile (133lb) headed the hat-trick scoring Inner Flame in the run home but the Zoustar chestnut rallied for his rider, who has struck up a profitable partnership with first-season handler Whyte.

“There was no intention to lead but from gate nine, it was always going to be awkward,” the trainer said. “Alexis used his head and let him glide around the outside to the front and that breather he got in front was the difference between winning and losing.

“He dug down and put his head back in front – that shows he’s got a bit of courage. I think he’ll go back tonight and know that he’s had a race!”

Badel’s second success of the afternoon came on the John Size-trained Hong Kong Win in the Class 3 Cineraria Handicap (1000m). The four-year-old’s two prior wins had come at Happy Valley but his Sha Tin form wasn’t shoddy either and the gelding built on the promise of a fine third at the course and distance two starts back, behind Duke Wai, to snare the spoils by a neck.

Earlier, Badel judged the pace expertly as he guided Eight Trigrams to a maiden-breaking win at the 11th attempt, in section one of the Class 4 Orchid Handicap (1200m). The rider settled the David Hall-trained galloper prominently through comfortable fractions, kicked on into the straight and held off a bevy of closers by half a length.

Champion Jockey Zac Purton was on the mark aboard Joyful Heart, despite dropping his whip with about 350m to go in the Class 4 Peach Blossom Handicap (1400m). Frankie Lor’s charge ran on down the outer to score by a length and a quarter.