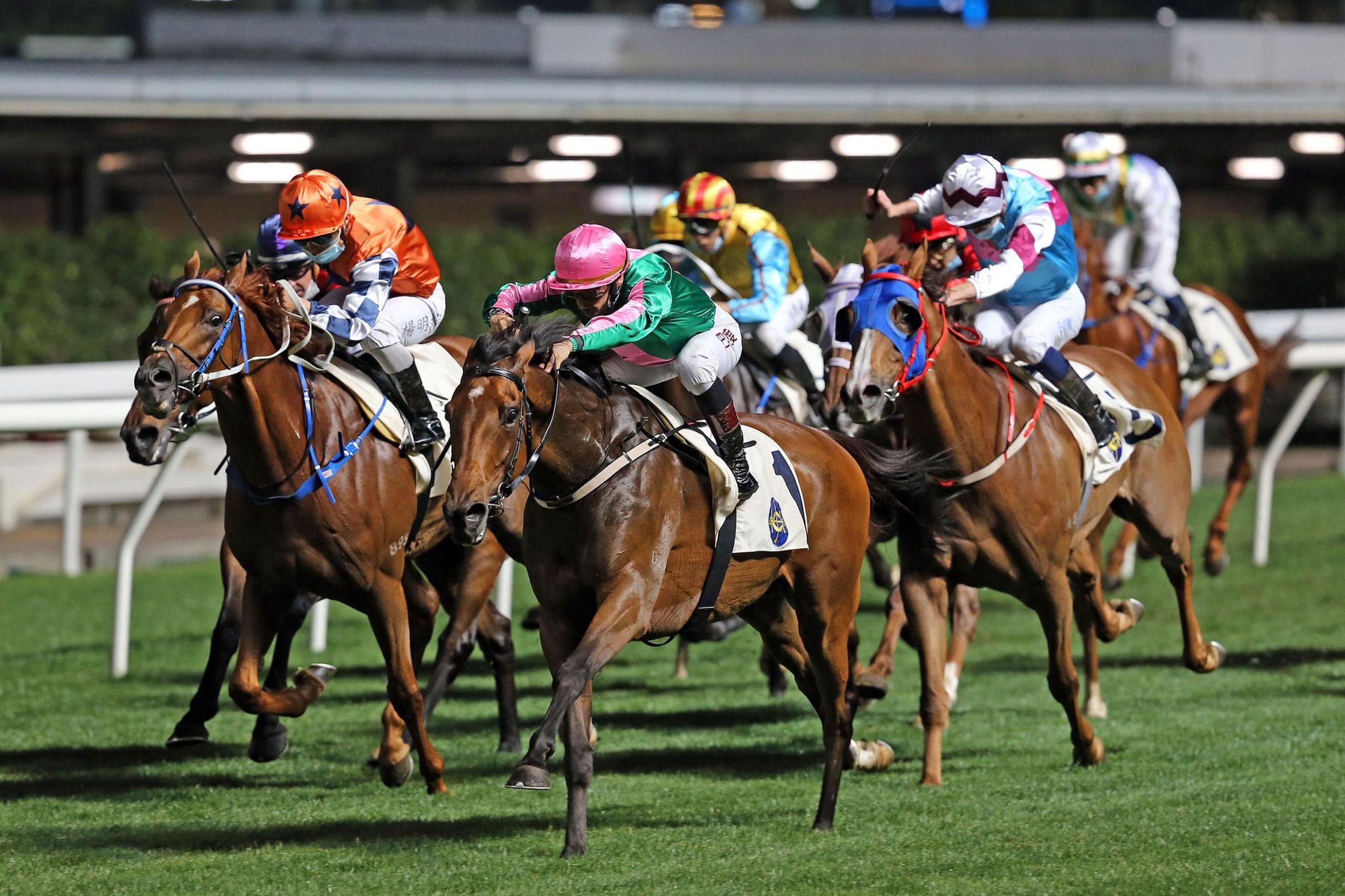 Alexis Badel and Matthew Chadwick have laid down timely Hong Kong Derby (2000m) markers with Happy Valley doubles ahead of Sunday’s (21 March) Classic at Sha Tin with Joao Moreira on the cusp of celebrating the showpiece meeting with his 100th victory of the season.

While Badel and Chadwick shared the Happy Valley spoils, Moreira was stranded on 99 winners for the season after the Caspar Fownes-trained Kurpany’s fighting victory in the Class 2 Chester Handicap (1200m) – a triumph which saw the Irish import collect a HK$1 million High Achievement Bonus for annexing a Class 2 contest before turning five.

Moreira will partner Sky Darci in Sunday’s Derby for Fownes, who regained the outright lead in the trainers’ championship with a double to hold sway 53-51 over John Size.

Badel followed last Saturday’s Sha Tin brace with victories at the city circuit on Ever Laugh, who claimed the Class 4 Renfrew Handicap (1650m) for Manfred Man, before completing a race-to-race double on David Hall’s Bundle Of Delight in the Class 4 Selkirk Handicap (1800m).

Booked to partner Hong Kong Classic Cup (1800m) victor Healthy Happy in the Derby, Badel is riding with supreme confidence – a mindset evident in Chadwick’s two-timer on Harmony And Rich and Right Honourable.

Harmony And Rich clocked one of the fastest times recorded over the Valley’s 1000m course with victory in the Class 3 Durham Handicap (1000m).

Me Tsui’s lightly-raced gelding, formerly known as Enforcement when trained by Peter and Paul Snowden in Australia, sped over the course in 56.24s to trounce his opponents before Right Honourable powered home to land the Class 3 Hereford Handicap (1650m) for Richard Gibson.

Chadwick will partner Silver Express in Sunday’s Derby for Size.

Alfred Chan banished the frustration of a rash of minor placings by snaring the second section of the Class 4 Lancashire Handicap (1200m) aboard Land Power for Fownes.

With a sole win, 12 seconds and six thirds from 121 rides until Land Power’s success, Chan had endured a difficult season but he hopes a recent move to Fownes’ stable will pay off.

“Since I’ve been with Caspar I’ve had five or six seconds already and a couple of thirds as well,” he said. “But it was a great feeling to get my first win for the boss. He’s a nice man – if you work hard, he will pay you back.

“He’s not the trainer to use just the top jockeys. He will give opportunities to other jockeys as well – he’s a great man.

“Caspar always tells me ‘When you’re on a horse out there, you need to learn something before you come back – you just can’t muck around and come back. Not every race, not every horse is the same.’

“I try to take something out of every single race and watch the replay after to see how I can improve.

“I’ve been working hard to try to improve myself. I’m just trying get as many rides as I can and get better results.”

“It’s wonderful to see Alfie get his first winner for me, he gave him a perfect ride. It was nice to get a stable transfer horse to come out and win first-up,” Fownes said.

Victorious by two and a half lengths for Karis Teetan, H Z Tourbillon is raced by some of Tourbillon Diamond’s owners, and Shum is optimistic the victory by the lightly-built sprinter is a decent portent for his stablemate.

“He (H Z Tourbillon) was impressive but it doesn’t confirm he’s an outstanding horse – he’s a good horse, for sure, but not a super horse at this stage.

“He was limited because of his body weight. After his trial, he lost 22 pounds, so it made me a bit wary. I was a little bit worried at only 1025 pounds.”

Zac Purton and Paul O’Sullivan combined with Spontaneous, who flew the barriers before lifting the first section of the Class 4 Lancashire Handicap (1200m) after the Tony Cruz-trained Nuremberg, under Neil Callan, gave a tremendous front-running performance to win the Class 5 Wiltshire Handicap (2200m), displaying great stamina to resist Hay Run in a tight finish.