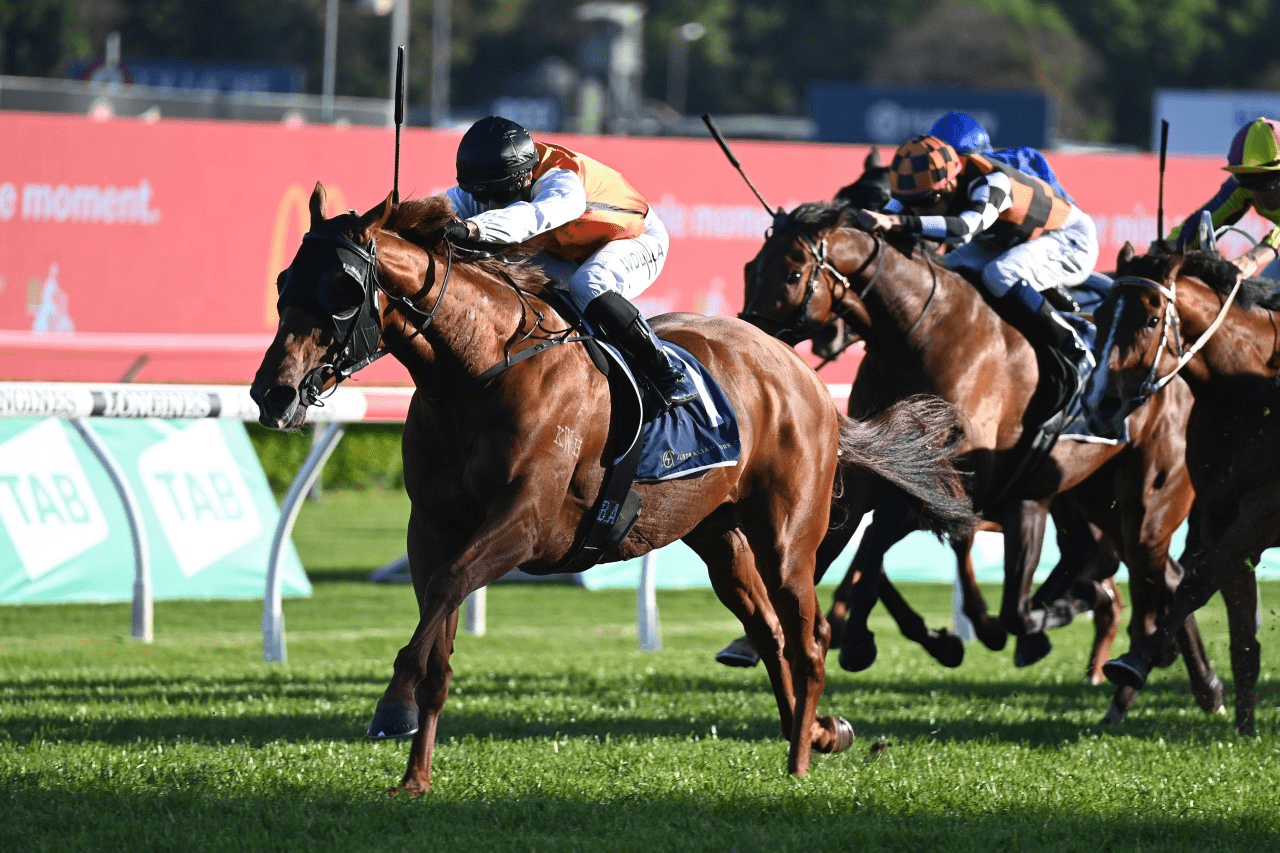 Sterling Alexiou believes Ellsberg has come a long way, but the good news for fans of the five-year-old is he feels there is still more improvement to come.

The stable star enjoyed an outstanding preparation, finishing with three wins from his five starts.

Those victories came in succession to end his campaign, saluting in the Group 1 Epsom Handicap (dead heat with Top Ranked), Five Diamonds Prelude and Five Diamonds.

Alexiou and co-trainer Gerald Ryan had hopes Ellsberg would win just one race before his well-earned spell.

But because he is such an impressive specimen who doesn’t lack courage, the young trainer wasn’t surprised at the success he oversaw.

“He’s come a really long way this preparation. We went into the preparation thinking if he won one of those races, we’d be rapt,” Alexiou said.

“For him to win three, everyone was over the moon.

“He’s always been a horse when he goes to the races he gives his best.

“And he’s always been a consistent horse. He hit a good level and we were able to hold it.”

He was way too good for his rivals in the Five Diamonds Prelude at Randwick on October 15, breaking clear of Sibaaq – for Annabel Neasham – to win by 2 ½ lengths.

But in the Five Diamonds he showed how big his heart is in the way he held off a strong-finishing Sibaaq inside the final furlong on November 5.

And who could forget the thrilling dead-heat he had with Neasham’s seven-year-old grey Top Ranked in the Epsom, which started his winning streak on October 1.

On that occasion, he launched an impressive run home on the straight in Heavy 8 conditions at Randwick, with Neasham’s grey outside of him, both hitting the finishing line simultaneously.

Alexiou was left in awe of Ellsberg’s finishing ability after all three of those triumphs.

This was particularly so after he started his preparation over 1300m (sixth in the Theo Marks Stakes at Rosehill on September 10) and finished it with his win over 1800m in the Five Diamonds.

“He’s a big, strong horse. He gets through his racing and work well, and he’s sound,” he said.

“Hopefully he can race for a bit longer.”

The Rosehill-based stable is looking forward to seeing Ellsberg return from a well-earned break next year.

“He’s out spelling. Everything will be on the cards – we’ll just have to make our minds up where we go,” Alexiou said.

Meanwhile, Alexiou was impressed with six-year-old Steely’s second place in the Benchmark 88 Handicap at Kembla Grange on Saturday.

The gelding is building some good form, with his previous start a third-placing in the A$500,000 Little Dance at Randwick on November 1.

“He was super. He was just beaten by a horse who has come through the grades,” Alexiou said.