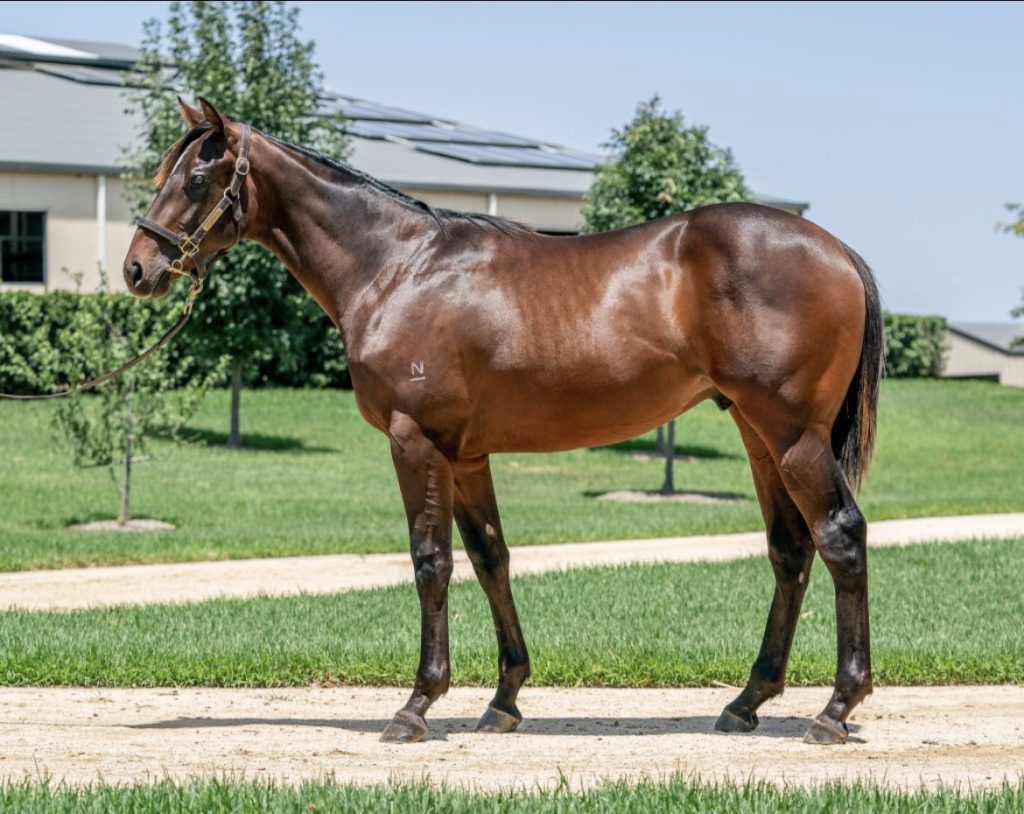 Keagan Latham took a needle-eye gap along the inside running rail aboard Flying Crazy in Monday’s Listed Canberra Guineas (1400m).

The Gerald Ryan and Sterling Alexiou-trained three-year-old was well supported in betting with online bookmakers, firming from +900 into +550 prior to the jump, and the gelding did enough to get up in the final few strides.

After jumping from barrier five, the son of Flying Artie settled down in the second half of the field, but thanks to a steady tempo set by runner up Military Expert, Flying Crazy was able to finish off the race strongly under the urgings of Latham.

“I thought when he was checking off heels at the 350m, I thought if he gets a gap, he’s going to be really hard to hold out and it proved that way,” co-trainer Sterling Alexiou told Sky Thoroughbred Central.

“It’s just good to see. He’s shown a lot of ability and the owners have been very patient and he’s starting to reward everyone.”

Alexiou was donning a Equi-Com Syndications tie, as were the contingent of owners that were on course, so it will no doubt be a big night in the nation’s capital.

💥Flying Crazy darts through on the fence to take out the Canberra Guineas for @GRyanRacing!

What a ride by Keagan Latham!! pic.twitter.com/wyavxp3rTn

Winning rider Keagan Latham had the chance to partner the gelding two starts back at Newcastle in a Class 1 over 1250m, where the pair once again proved too good.

Latham said having the chance to get to know the horse previously was a big advantage going into Monday’s race.

“When I won on him at Newcastle, he gave me a really good feel that day,” Latham said.

“He’s given me a lot of faith. The real plan was to be a little closer today, but because he’s so big, he gets a little bit claustrophobic inside those barriers and he always seems to step away a little bit slowly.

“In hindsight, it probably helps him out because he tends to be a bit keen in his races – it gets him to turn off. They went a good speed, he travelled really well – I was in all sorts of trouble at about the 250m, but when he did get the run, he just exploded.

“I think he’s a horse for the future.”

Flying Crazy holds a nomination for Saturday’s Rosehill Guineas at Group 1 level, but he does seem unlikely to back-up in five days’ time.