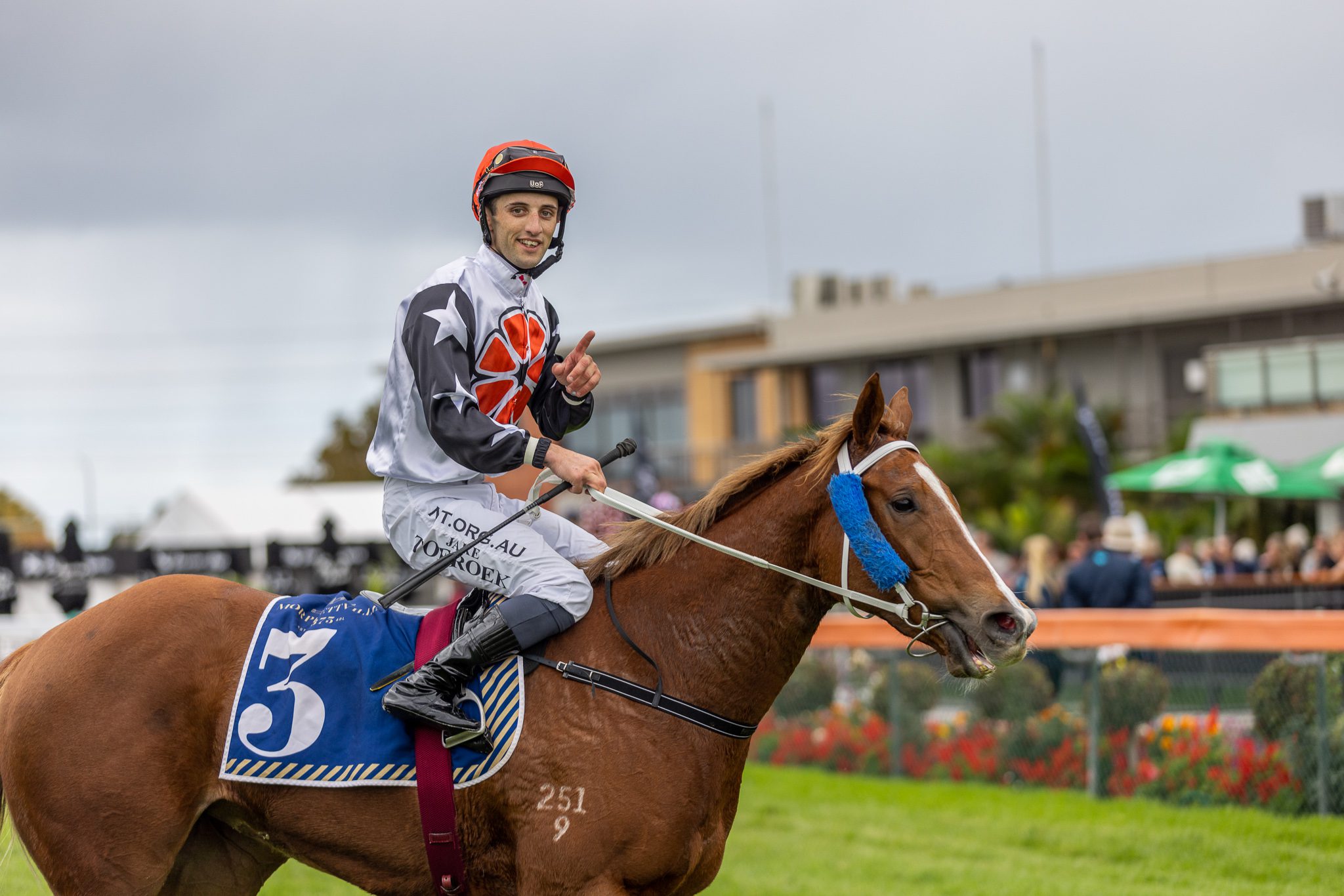 Aitch Two Oh did just enough to prevail in the $107,250 Without Fear Stakes (1050m) at Morphettville on Saturday.

The two-year-filly (Richard and Chantelle Jolly) pipped Winning Revolution (on the inside of her for Peter Moody) on the line, but she could have found an extra gear earlier on the straight.

“She was full of running at the top of the straight,” winning jockey Jake Toeroek told racing.com.

“As soon as I got in front I thought I’d blow her away, but she got there and switched off – she thinks she’s done her job.

“She’s so raw it’s crazy to think what she’ll turn into.”

Richard Jolly echoed those sentiments but was also delighted with the victory given he purchased her for just $65,000 at the Magic Millions in Adelaide last year.

“It’s great to have these fillies winning these races. It really puts value on them at the end of the day,” he said.

“That was her race for the keeping today. She just didn’t really know how to put that horse inside her away.

“She got the better of her, but it was a nail-biting finish.