Aethero’s ready to fly again with Champions Day in sight 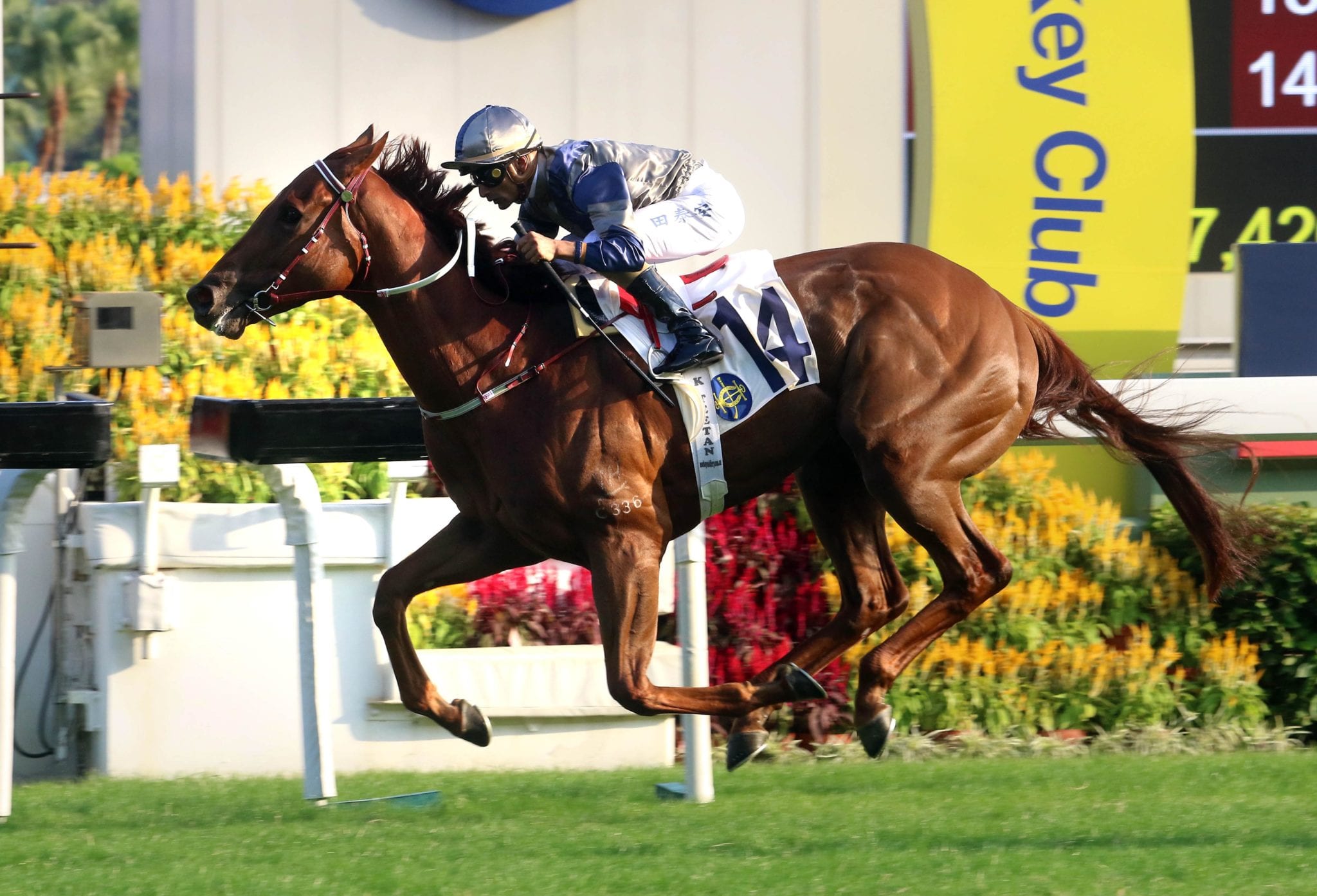 Hong Kong’s brilliant three-year-old sprinter Aethero will make an eagerly-awaited return to the fray in Sunday’s Group 2 Sprint Cup (1200m) with Group 1 glory and a legend’s benchmark blinking on the radar.

The John Moore-trained galloper is only two points shy of the 121 rating the great Silent Witness achieved as a three-year-old in 2003 – the highest Hong Kong rating this century for a horse of that age – and if his weekend assignment doesn’t improve his own domestic mark of 119 (his international rating is already 120), a big run in the Group 1 Chairman’s Sprint Prize (1200m) at the end of the month just might.

“Silent Witness has a statue in front of the grandstand, we all know what a great horse he was, so for Aethero to be rated only two pounds behind his three-year-old rating, that’s already impressive,” Moore said.

Aethero, for all his sizzling precocity, has a long way to go if he’s to come anywhere close to the overall achievements of Hong Kong’s all-time banner horse. But, putting aside comparisons with an untouchable, what he has done already places him on a pedestal of lofty expectation.

Since an impressive debut score last April, the Australian-bred has put together a record of five wins from seven starts, including a victory against the best of his elders in the Group 2 Jockey Club Sprint (1200m) in November. That win ensured he went off the 1.5 favourite for December’s Group 1 LONGINES Hong Kong Sprint (1200m) – he ran admirably, leading until 30m out but beaten a neck into third under Zac Purton, behind champion sprinter Beat The Clock and runner-up Hot King Prawn.

“He threw a temperature after the race and that told me we needed to back off him and give him plenty of time to recover and that’s what we did,” Moore said of the Sebring chestnut.

“The Hong Kong Sprint came earlier in his career than would normally have been ideal; he’s still only a three-year-old but he has so much ability and he showed it in running a close third. Now he’s showing us that he’s in good health and his trial the other day was much better, right up to expectations.”

Aethero has had four months to regain his health and fitness and Moore was pleased with the gelding’s exercise on Thursday (2 April) under work rider Romain Clavreul.

“He worked on the all-weather and I’m very pleased with what he did,” Moore said. “Romain got off him and said he couldn’t be happier with him. He’s ready for his return and we’re expecting a big run from him on Sunday.”

But the trainer also noted that the Sprint Cup is not the ultimate target and his charge is expected to progress from the run.

“This is his preliminary bout to get him tuned up and in the zone for the big one at the end of the month,” he said.

Beat The Clock will not be in Sunday’s field, having been side-lined from the training roster since February, but Aethero will face Hot King Prawn, Mr Stunning, Big Party, D B Pin, Full Of Beauty, Voyage Warrior and his own stablemate Thanks Forever.

Hong Kong has had unsettled, showery weather for the past week and that could continue through the weekend. Moore believes it should suit Thanks Forever who split Beat The Clock and Hot King Prawn when second in the Group 1 Centenary Sprint Cup (1200m) in January.

“Thanks Forever will love the cut in the ground, he’s a Duporth and they can be very good on wet tracks, so if we get those storms they’re forecasting for Sunday then I reckon he’ll love it,” the handler said.

“I remember when he won over the 1000 (metres) first-up last season there was give in the track and he enjoyed it.”

Blake Shinn will be aboard the four-year-old in a race for the first time but the Australian got a feel for his mount during a turf gallop yesterday morning.

“Blake worked him on the back straight and he said the horse enjoyed the going, he was pleased with his work,” Moore added.

The Sprint Cup is part of a Group 2 doubleheader along with the Chairman’s Trophy (1600m) in which Hong Kong champion Beauty Generation will attempt to reverse recent form with the circuit’s ascendant miler, Waikuku.