Moore’s smiling as Aethero and Beauty get five 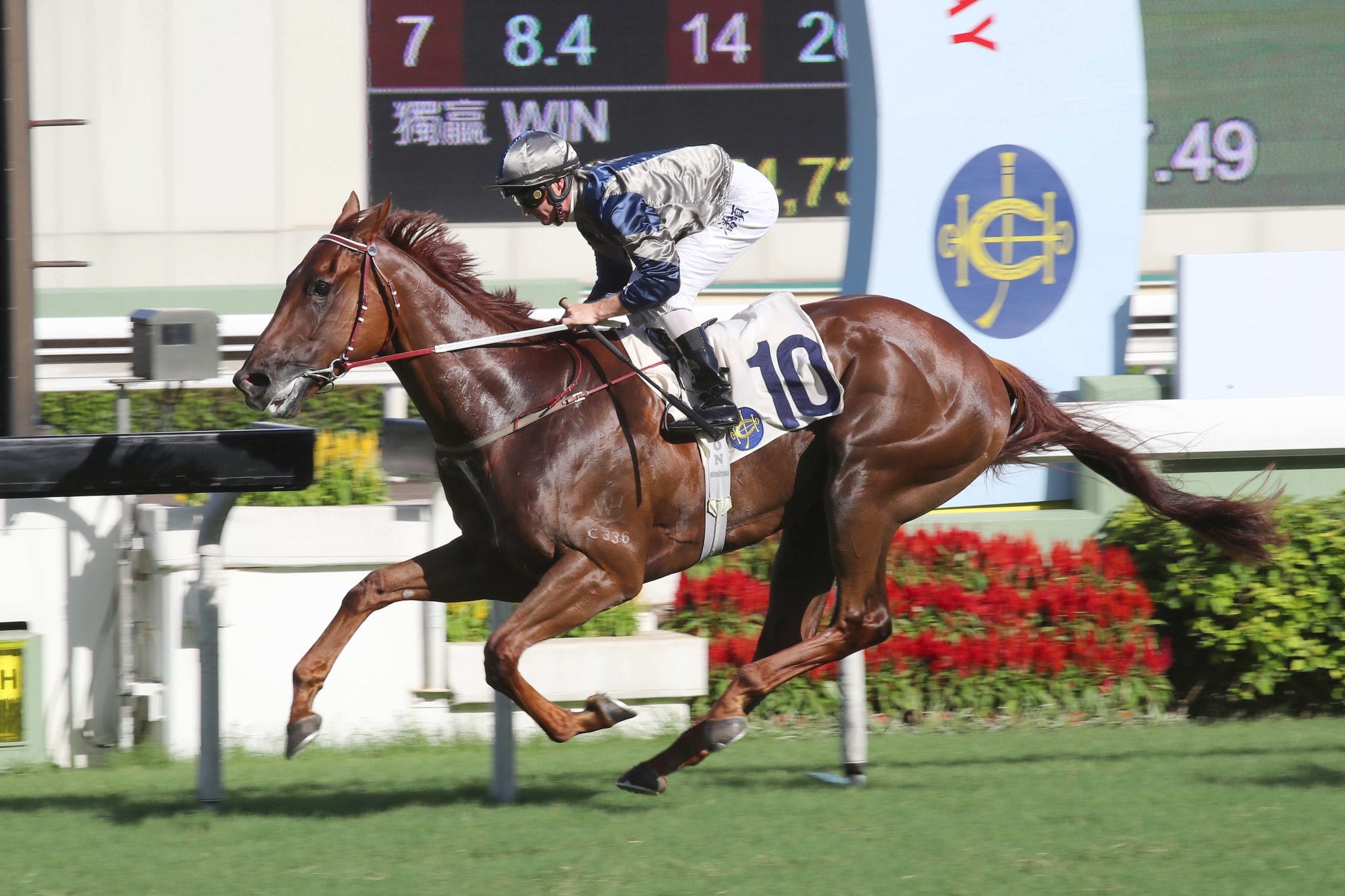 John Moore believes Aethero is “definitely the one they’ve all got to beat” after the precocious sprinter yesterday morning (Thursday, 23 April) drew gate five of 11 for the Group 1 Chairman’s Sprint Prize.

The exciting three-year-old will on Sunday (26 April) attempt to become the first of his age to win the contest since Fairy King Prawn in 1999.

“I expect him to ping and get to the front. We might see the best of him,” Moore said. “This is a good gate for him, I think. I preferred the middle for him because on the inside, if you break a fraction slowly, you can get knocked down.”

Fresh in the memory is the fact that Aethero proved to be his own worst enemy for the second time this season when in the Group 2 Sprint Cup (1200m) earlier this month he missed the break – also from gate five – and found himself behind runners, eager to pass, climbing on heels, wasting reserves.

“He could pull and lose his race again but I’m not thinking about that,” the handler said. “It’s the same gate as last time but it just is what it is. I think everything will be alright unless he gets something that plays up alongside him and sets him off or something – something unexpected.”

Aethero trailed home eighth in the Sprint Cup, well behind the re-opposing Voyage Warrior. That muddling return after a four-month recovery from sickness was a far cry from his dashing, front-running best that carried him to victory in the Group 2 Jockey Club Sprint (1200m) and a precocious third place in the Group 1 LONGINES Hong Kong Sprint (1200m), all within eight months of his career debut.

“He did something similar first-up this season so when he’s coming back fresh, I think maybe it does take him a little bit sometimes to switch back on – hopefully after his trial last week he’ll do it,” jockey Zac Purton said.

Aethero heads into the weekend having satisfied connections in a barrier trial last Friday (17 April). The Sebring chestnut got to the lead and travelled with verve through the finish line, clear of his fellow triallists.

“He passed his trial so that was a good sign – he was just a little bit sluggish from the gate. The middle and latter parts of the trial were good so I’m happy in that regard,” Purton said.

Moore, too, was pleased. “He jumped out in the trial really well. He stood there perfectly so I don’t foresee any issues with the gate this time. I think he’ll jump straight to the font.

“The feedback from Purton is never gushing. Zac is semi-positive and semi-negative but the feedback was good – he said that trial was the first time he’d felt Aethero really get over the ground well.”

The trainer believes his charge is in better shape than last time and compared his young speedster to the great Olympian Usain Bolt.

“We did drop his weight off a little bit – he looks light enough anyway, he looks like what I’d call a Usain Bolt type in that he’s tall and lean with that perfect physique. That’s how I look at Aethero. He doesn’t look fat but there could be a 20lb difference and you wouldn’t see it.

“He did the usual work this morning, probably one or two seconds slower, but again, his work rider Romain (Clavreul) came back and said if this horse gets beat he’ll be surprised, he’s only got to jump away.

Five for Beauty too

Beauty Generation will also load into gate five when he bids for a record third win in the HK$20 million Group 1 FWD Champions Mile on Sunday.

“Five is perfect – we’ve got the speed influence on our inside so that will give us the chance to come out and come over, and no doubt camp outside Ka Ying Star unless something foreseen transpires,” Moore said.

The champ, heading into the race off wins in the Group 1 Queen’s Silver Jubilee Cup (1400m) and Group 2 Chairman’s Trophy (1600m), also worked solo on the turf this morning under Clavreul.

“He was very enthusiastic about his work this morning, the report back from Romain was positive that he did everything right, he came back and couldn’t blow a match out,” Moore said.

“I saw him coming back and I’m thrilled, everything has gone to plan and it’s all systems go.”

And, off a wet week in Hong Kong, Moore is not concerned about underfoot conditions.

“A little cut in the ground – I love it!” he said. “I think Sunday was always going to be ok but just that little bit of cushion, I think that both of my horses will just love it.”