Thanks Forever in blinkers for Group 1 Chairman’s Sprint Prize 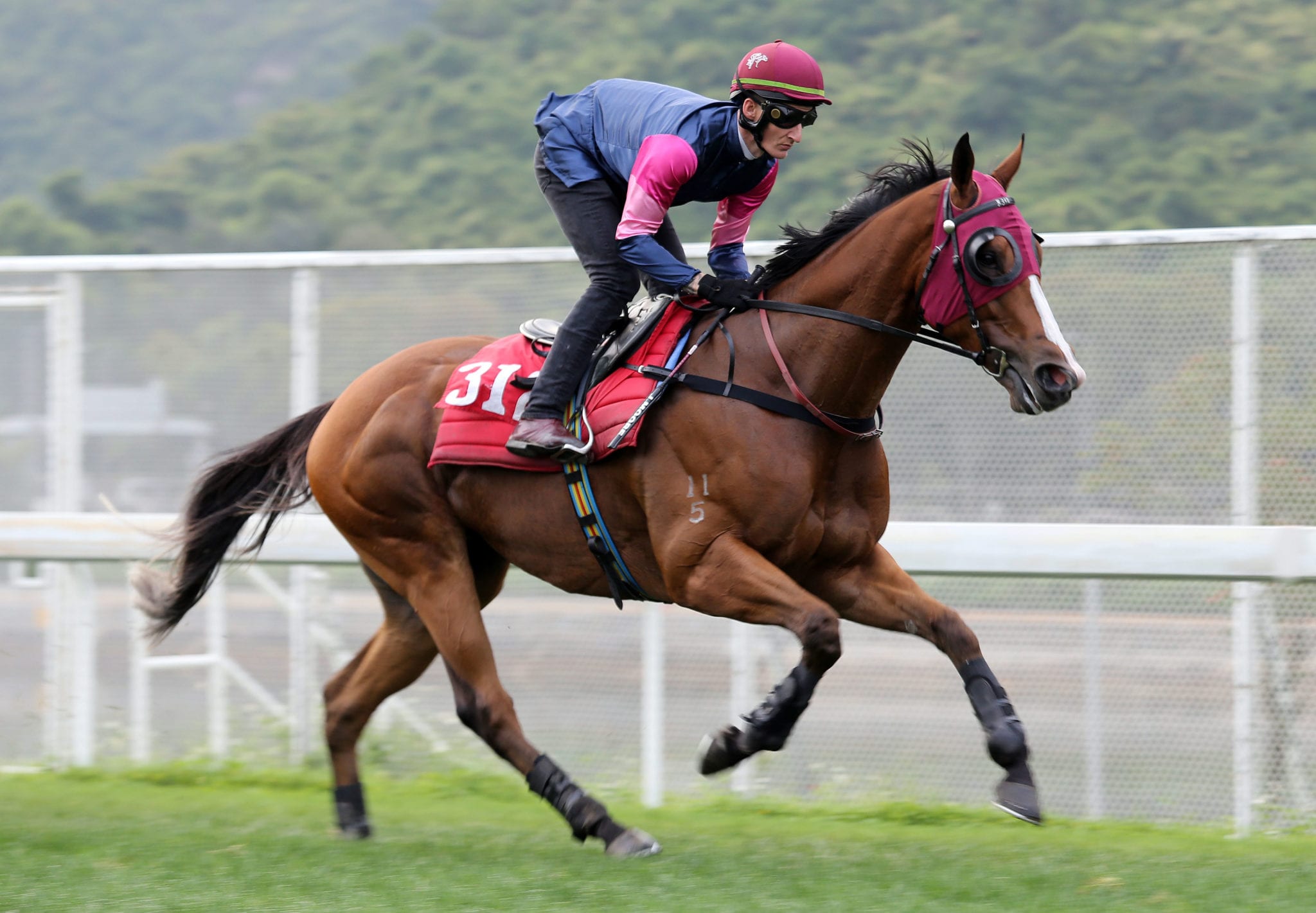 Thanks Forever worked in first-time blinkers at Sha Tin on Monday (20 April) morning and trainer John Moore is pinning his hopes on the headgear drawing out the little extra required to turn the talented gelding into a Group 1 winner.

The consistent four-year-old has worn cheek pieces in his last 13 races but will switch to blinkers when he lines up in the HK$18 million Group 1 Chairman’s Sprint Prize (1200m) at Sha Tin on FWD Champions Day this Sunday (26 April).

“I think he’s ready to win one of these Group 1 races,” Moore said. “If the favourites aren’t right on their game, he’ll be right there. And the blinkers just might do the trick.”

The handler watched from behind the starting stalls as Thanks Forever broke from the gate under work rider Romain Clavreul and worked down the turf track’s back straight.

“I was right behind there watching and Romain said he was in there quiet, so quiet. He stood there and did nothing wrong – that’s the quietest I’ve ever seen him in the gates, he’s usually a fidgeter,” Moore said,

“I was happy with how he worked in the blinkers and so was the rider, so the plan is he’ll race in them – he’s a relaxed horse around the stable but he switches on for race-day and maybe he’ll race more keenly, not worry about horses on his inner or outer. Whether they’ll make a big difference is to be seen – let’s wait and see if it does have its benefits but he worked well.”

Moore often works his horses on the Thursday morning before a big race on the Sunday and that will be the case this week with fellow Chairman’s Sprint Prize contender Aethero and Group 1 FWD Champions Mile hope Beauty Generation, but after this morning’s exercise, Thanks Forever will go again closer to race day.

“He’ll work again on Friday, he’ll sprint up just to get a little more work into him,” Moore revealed.

Thanks Forever has raced consistently in the highest grade this term, placing a head second at the course and distance to champion sprinter Beat The Clock in January’s Group 1 Centenary Sprint Cup and two lengths fourth to outright champion Beauty Generation in the Group 1 Queen’s Silver Jubilee Cup (1400m).

The bay was a solid third to all-the-way winner Voyage Warrior in the Group 2 Sprint Cup (1200m) earlier this month under Blake Shinn, who keeps the ride on Moore’s Duporth gelding.

“He’s coming into form as far as I’m concerned,” Moore said. “He’s starting to show glimpses of being comfortable amongst runners so I’m seeing positives – a middle gate would be ideal and I’m expecting him to run well.”