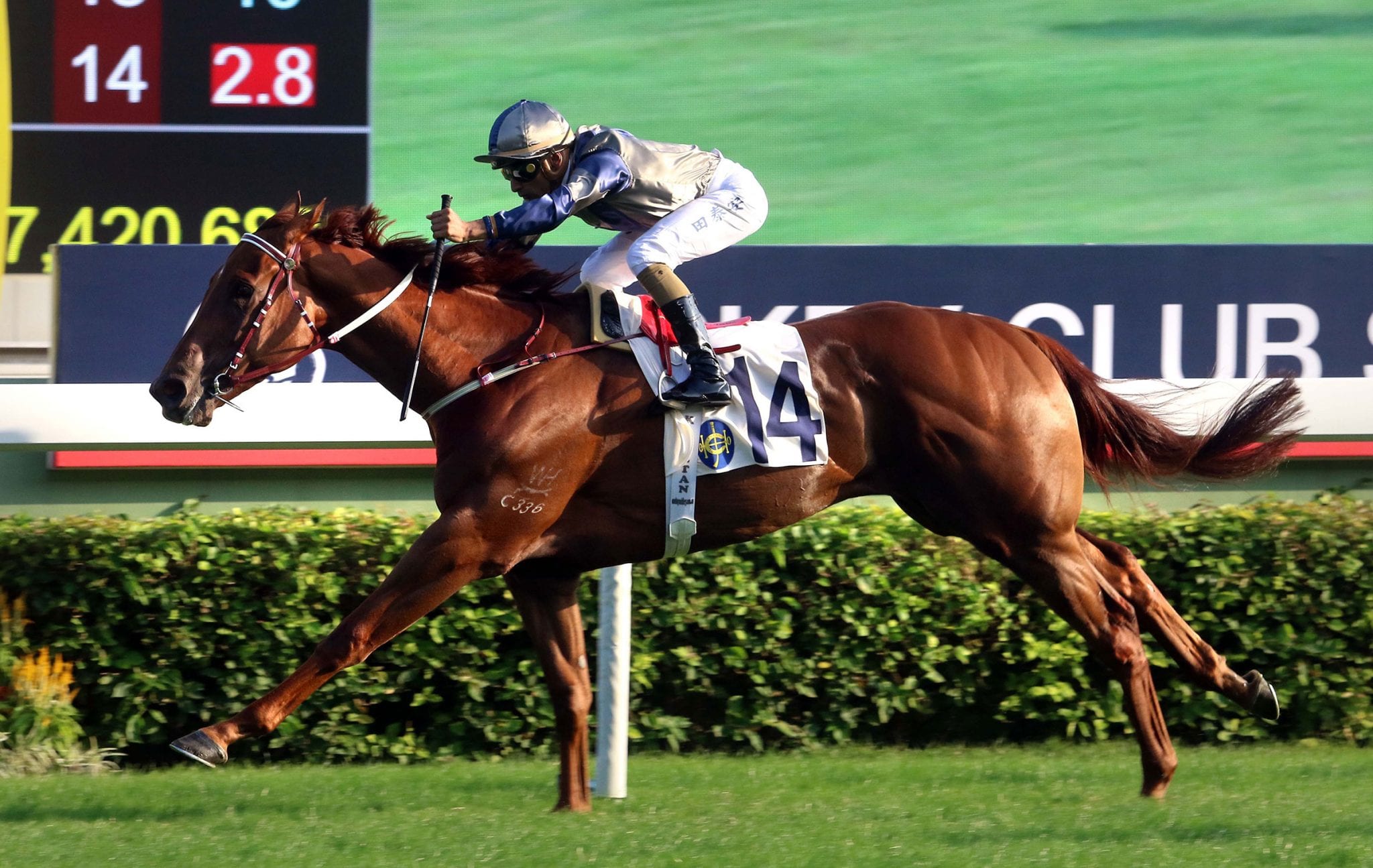 Gun sprinter Aethero pleased trainer Caspar Fownes at Sha Tin yesterday morning (Tuesday, 23 February) as he ramped up his preparation toward a return to the races.

The hulking chestnut – who holds Sha Tin’s 1000m course record – appeared to move freely and with relative ease under championship leading jockey Joao Moreira this morning as he crossed the line first in a barrier trial by a comfortable two lengths, clocking 46.09s.

“It was a pleasing trial – it’s nice to bring him back and the track condition was beautiful this morning, we just gave him an 800 metre trial and he’s come through it nicely,” Fownes said.

Touted as the heir apparent to Hong Kong’s sprinting ranks, the Sebring gelding’s rise to stardom was put on hold after he was found to have bled in last April’s Group 1 Chairman’s Sprint Prize (1200m), but then any early season aspirations were subsequently scrapped as he suffered a tendon injury last September.

“We’ve just brought him along nice and easy – there is no doubt that he is something special, we just need a little bit of luck and we’ve certainly given him every chance to make a successful comeback – hopefully we can bring him back to his best,” Fownes said.

The speedy four-year-old’s exploits when under the care of previous trainer John Moore includes five wins from his first six starts capped by a comfortable victory in the 2019 Group 2 Jockey Club Sprint (1200m). The following start he finished a close-up third in the 2019 Group 1 LONGINES Hong Kong Sprint (1200m) as favourite behind Beat The Clock and Hot King Prawn.

“He’s a big horse, he’s done what I wanted him to do which was put on 50 pounds of body weight to fill his big frame out, he weighs about 1300 pounds now so we’ll continue to bring him along – he’ll trial again soon and then we will take it from there,” Fownes outlined.

“It takes time – it’s a lot of wear and tear on his lungs so we just gave him time to recover from that and I’m very pleased with the scopes that we have performed on him.

“All in all, I think he is in a happy place, his head has come right, he is a happy and healthy horse but like anything in this game you need luck and we’ve done our part by producing him and getting him to the best form we can,” Fownes said.

The Australian-bred has shuttled to and forth from Conghua, as has his half-brother Classique Legend who is also under the care of Fownes.

“He’s coming along nicely – he’s up at Conghua and again he’s another horse that has a few niggling issues that we have to work through.

“We have a good team up at Conghua looking after him and the rehabilitation centres up there are helping him a lot with his recovery as well as getting him a bit fitter,” Fownes said.

The grey, who won a pair of Group 2s in Australia arrived in Hong Kong with a handy resume which also features victory in the AU$15 million The Everest when defeating seven individual Group 1 winners at Randwick Racecourse in Sydney last October.

“He’ll have a nice gallop today (24 February) on the uphill gallop at Conghua and the plan is to give him a few barrier trials to have him as fit as I can for his first race back,” Fownes said.