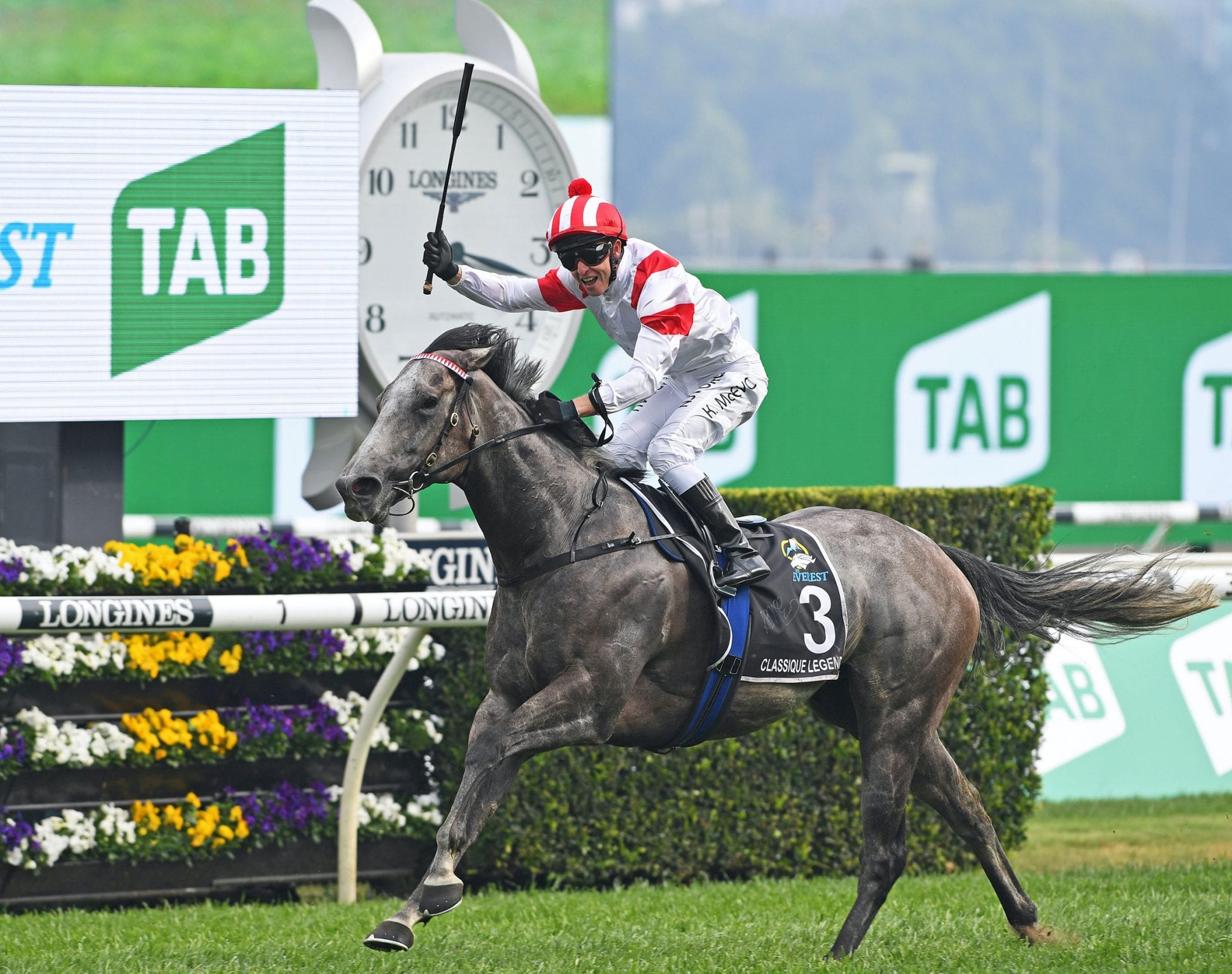 Classique Legend has taken a small – but significant – step towards returning to competition with a soft trial win at Conghua on Monday (1 March).

Pitted against three other rivals, the world’s equal top-rated sprinter cruised over the 800m journey to win the trial after sitting at the tail of the small field.

All being well, trainer Caspar Fownes could aim Classique Legend at the Group 2 Sprint Cup (1200m) at Sha Tin on 5 April.

The grey was found to be lame post-race, prompting Stewards to rule the gelding’s performance unacceptable and ordering the speedster to perform to the satisfaction of stewards in a barrier trial and to pass a veterinary examination.

Fownes is confident the mercurial five-year-old is now on target for an April race-track return.

“He went good,” Fownes said. “I just wanted him to have a very easy trial.

“He jumped well but I told the boy to get him back, relaxed and switched off – he trialled pretty good.

Fownes said the son of Not A Single Doubt would trial again before resuming.

“He’ll be trialling again in a couple of weeks,” Fownes said. “The plan is to run him in early April if everything is going smoothly.

“He’s passed his vet exam and his official trial, so he’s got no more restrictions on him.

“The plan is to take him forward to another trial because today’s trial was only over 800m, to have another little stretch, keep him happy and build him back up again.”

Classique Legend was rated equal third in the 2020 LONGINES World’s Best Racehorse Rankings with a mark of 125. Only Ghaiyyath (130) and Authentic (126) achieved a higher figure.