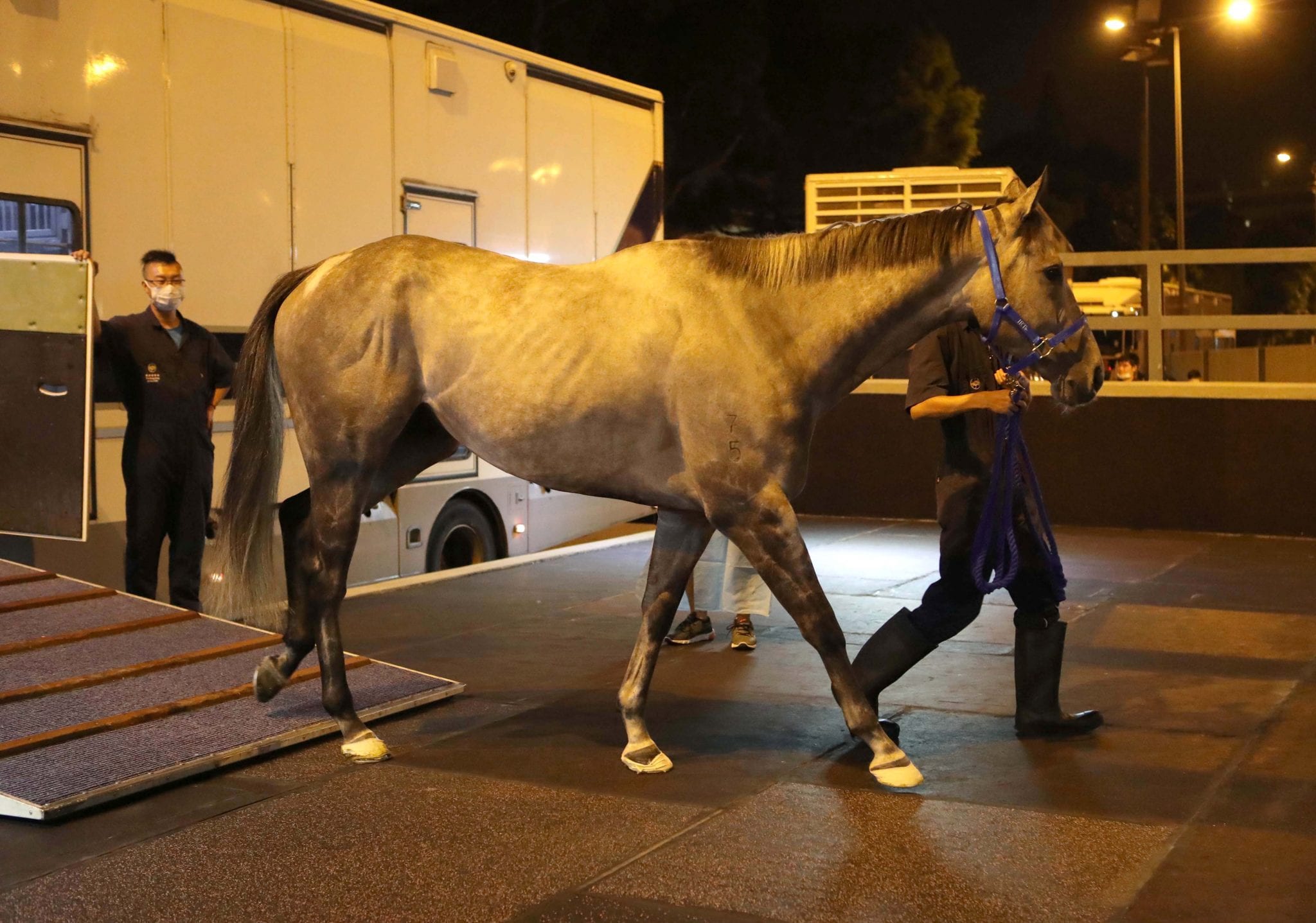 Classique Legend has landed in Hong Kong, with the AU$15 million The Everest (1200m) victor touching down in his new home ready for a tilt at the Group 1 LONGINES Hong Kong Sprint (1200m) in December.

The six-time winner joins the stable of championship leader Caspar Fownes, alongside his half-brother and fellow speedster, Aethero.

“My top staff will go see him in the morning, he’ll come out of quarantine after three days, that’s when I’ll see him hit the track,” Fownes said.

The five-year-old grey arrives in Hong Kong with a handy resume, one he is looking to build on with his first run planned for the HK$22 million Group 1 LONGINES Hong Kong Sprint.

“I didn’t do any pace work with him in quarantine (pre-import), he had one bit of work to pass his vet exam for Hong Kong which was normal and after that he just had double round canters every day and lots and lots of walking,” Fownes said.

“His body weight is good, it’s bang-on his racing weight and now we’ll spend the next five weeks getting him really fit, having a trial and then going to the races.”

Fownes leads the championship race on 21 wins, six ahead of Francis Lui and a win in December’s showcase sprint would be the handler’s second after Lucky Nine in 2011.

“I’ll get to know the horse as we go on – he looks pretty straightforward, his residual fitness is still there, it’s only been three weeks, literally, from his last run but he’ll scrub up well,” Fownes said.