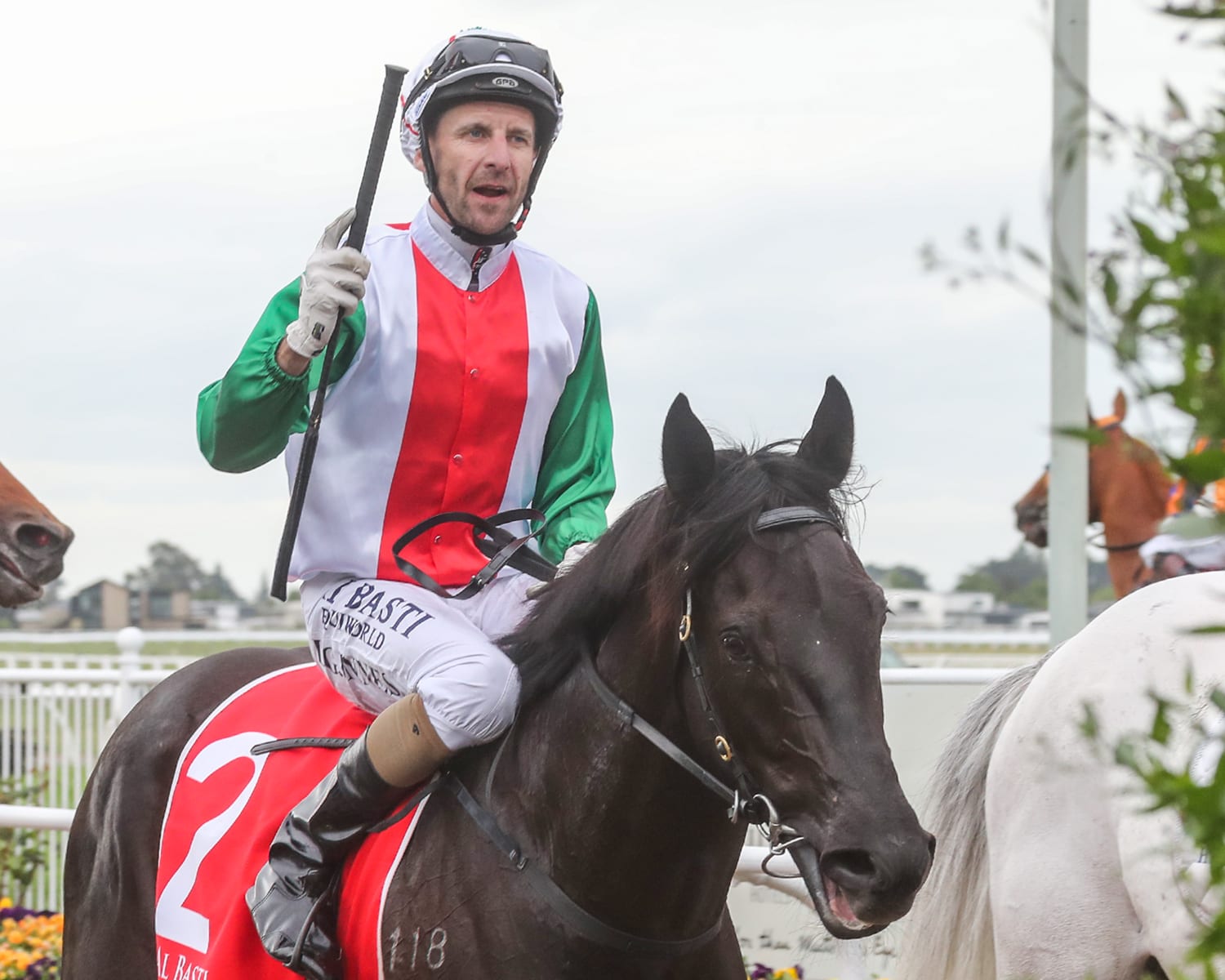 Ellerslie’s Karaka Million features are among the few major New Zealand races missing from the CV of top jockey Leith Innes, and he’s hoping star three-year-old Aegon can change that this weekend.

That son of Sacred Falls is unbeaten in three starts, having also won the Group 2 Hawke’s Bay Guineas (1400m), and he is gearing up for an eagerly anticipated clash with top-class filly Amarelinha in Saturday’s Karaka Million 3YO Classic (1600m).

Innes was in the saddle for both of Aegon’s black-type victories, and he has been pleased with the gelding’s progress since returning to Murray Baker and Andrew Forsman’s Cambridge stable following a four-week break. “His exhibition gallop at Ellerslie and his trial win at Matamata last week were both really good,” Innes said.

“He seems to have come back really well. “Obviously the filly is going to be hard to beat this weekend, but I’m very happy to be riding this horse. He’s been super impressive in the Hawke’s Bay Guineas and 2000 Guineas, and he’s definitely one of the best three-year-olds I’ve ridden in a while.”

Innes was happy with how Aegon fared at Wednesday’s barrier draw, landing gate four in a 17-horse field. “I’d definitely rather have four than 14,” he said. “It’s a nice gate and we should be able to get ourselves into a good position.”

Aegon and Amarelinha were equal $2.20 favourites earlier in the week, but Amarelinha ($2.10) has since moved slightly ahead of Aegon ($2.40). No other runner is rated better than a $15 chance.

Innes also believes he has a live chance in the DoubleTree by Hilton Karaka Million 2YO (1200m), in which he has previously placed aboard Banchee, Riding Shotgun and Felton Road.

His mount this year is the Lisa Latta-trained Brazen Blue, who has placed in two of her four starts to date. That includes a strong-finishing second behind a key Karaka Million rival in her most recent appearance.

“She’s bringing some strong form up from Palmerston North, including a very good last-start placing behind On the Bubbles, who’s one of the favourites on Saturday,” Innes said. “She hasn’t been around Ellerslie yet, but this is definitely an open two-year-old race this year and I think she has to be among the main chances.”

In the Group 2 Westbury Classic (1400m), Innes will ride Familia for owner-breeders Brendan and Jo Lindsay. The daughter of Makfi scored an impressive win at this course in November, beating the subsequent Group 1 Sistema Railway (1200m) fourth placegetter Packing Rockstar.

Familia’s last start was in the Listed Hallmark Stud Handicap (1200m), where she raced wide without cover before battling on for a close fifth. “She really likes Ellerslie, and I rode her when she won very well there two starts back,” Innes said. “I think stepping up to 1400m will suit her this weekend.”

Innes will also ride Gino Severini in the Group 3 Brighthill Farm Concorde Handicap (1200m) and Explosively in the Group 3 Cambridge Stud Almanzor Trophy (1200m). “I’ve ridden Gino Severini once before, and that was in a 2000m Group 1 weight-for-age race last season,” Innes said.

“There are probably bigger targets ahead for him later on, and you’d think the 1200m might be a bit short for him on Saturday.

“I think Explosively’s last two runs at Ellerslie have both had a bit of merit, but he’s just had a bit of a tendency to run around a bit. Hopefully he might be a bit better if we can get some cover on Saturday.”