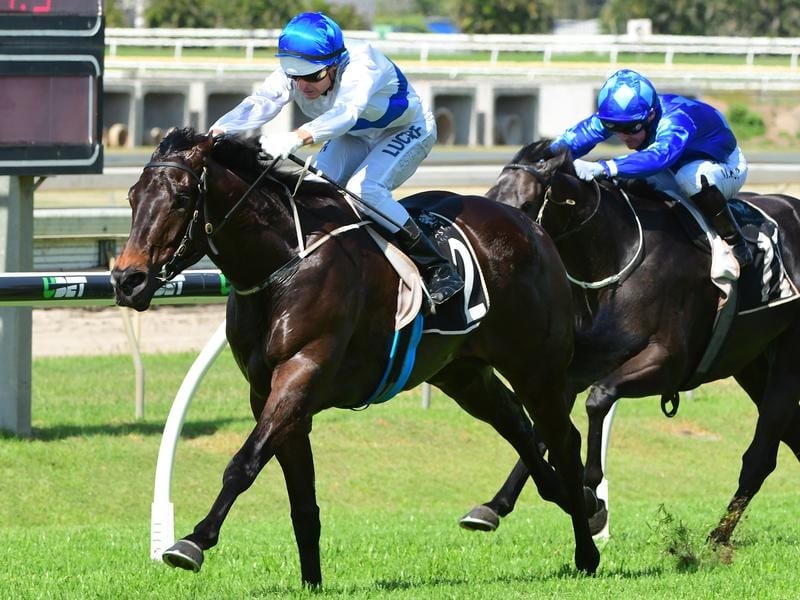 Jockey Brad Stewart has declared “the sky’s the limit” for Zoustyle after his dominant first-up win at Doomben.

Zoustyle was backed from $1.45 into $1.30 favouritism and gave punters little cause for concern when he led throughout to win the Limoso R2G Plate (1050m) by two lengths on Saturday.

The gelding clocked 59.29 for the 1050m trip, smashing the previous class record by a stunning 1.65 seconds and was only 0.12 seconds outside the track record held by Volkoff.

“He’s blessed with natural pace, which is an added bonus, and he doesn’t try to go too hard,” Stewart said.

“He goes like an open company horse whose been doing it his whole life and the way he’s going he’s the best horse I’ve ridden.

“I don’t want to jump the gun on that but potentially he is. The sky’s the limit.”

Trainer Tony Gollan is likely to give Zoustyle his next start in the Winning Rupert Plate (1200m) at Doomben on December 1.

“He was very strong to the line, which gives me a lot of confidence going to 1200m in a fortnight,” Gollan said.

“He’s a really impressive horse who covers the ground effortlessly and makes it look so easy.”

Gollan and Stewart combined to win the previous race, the Class 3 Plate, with in-form mare Ponytales.