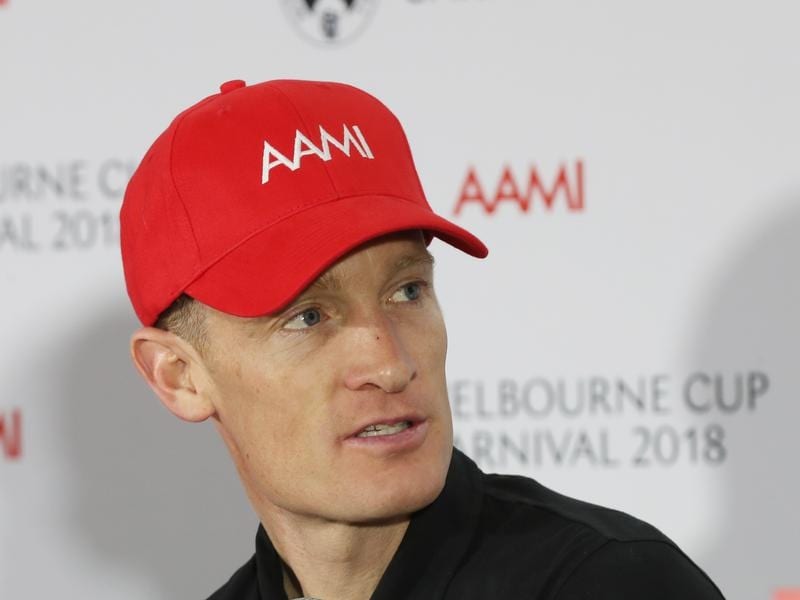 Mark Zahra is yet to ride Victoria Derby contender Savvy Oak in a race but the jockey is hoping he is getting on the gelding at the right time.

Zahra is chasing a calendar year Derby double on Saturday at Flemington having won this year’s Group One ATC Australian Derby in Sydney on Levendi.

He has picked up the ride on Savvy Oak for co-trainers Trent Busuttin and Natalie Young who are also no strangers to Derby success.

Busuttin won the 2011 Victoria Derby with another son of Savabeel, Sangster, while the partnership were successful with Tavago in the Australian Derby in 2016.

Savvy Oak’s only win from five starts was an Echuca maiden on debut in August while his final Derby lead-up was a fourth in The Vase at Moonee Valley last Saturday.

“I think you need a big horse and a horse that can stay because the majority of them I find just don’t stay and are not mature enough,” Zahra said.

“He’s a horse trained by Trent Busuttin and Natalie Young and I think he will definitely get the trip.

“If you can get the trip then you just need a relaxing and resting ride and you know you’re going to be in the finish somewhere.”

Savvy Oak was at $19 on Friday while stablemate Louie The Legend is one of the outsiders.

The top five horses in The Vase are all backing up, with Vase winner Stars Of Carrum striving to give his trainer Robbie Laing a second Victoria Derby after Polanski in 2013.

Mickey Blue Eyes was fifth in The Vase after going back and having to come wide on the home turn, and he will be joined in the Derby by his Lindsay Park stablemates Sikorsky and Seberate.

“He got right back and he hit the line really strong on a day that wasn’t really suitable for swoopers.

“He’s come out of it well and he’s a big strong colt so I think he’ll handle the back-up.”

Sikorsky was third in the Caulfield Classic to Derby favourite Thinkin’ Big who controlled the race from the front before kicking away.

“I don’t think the slow tempo suited him,” Hayes said.

“Thinkin’ Big pulled his pants down a bit and it will have to be a big form reversal but they’ve both never been to 2500 metres. So you never know.”