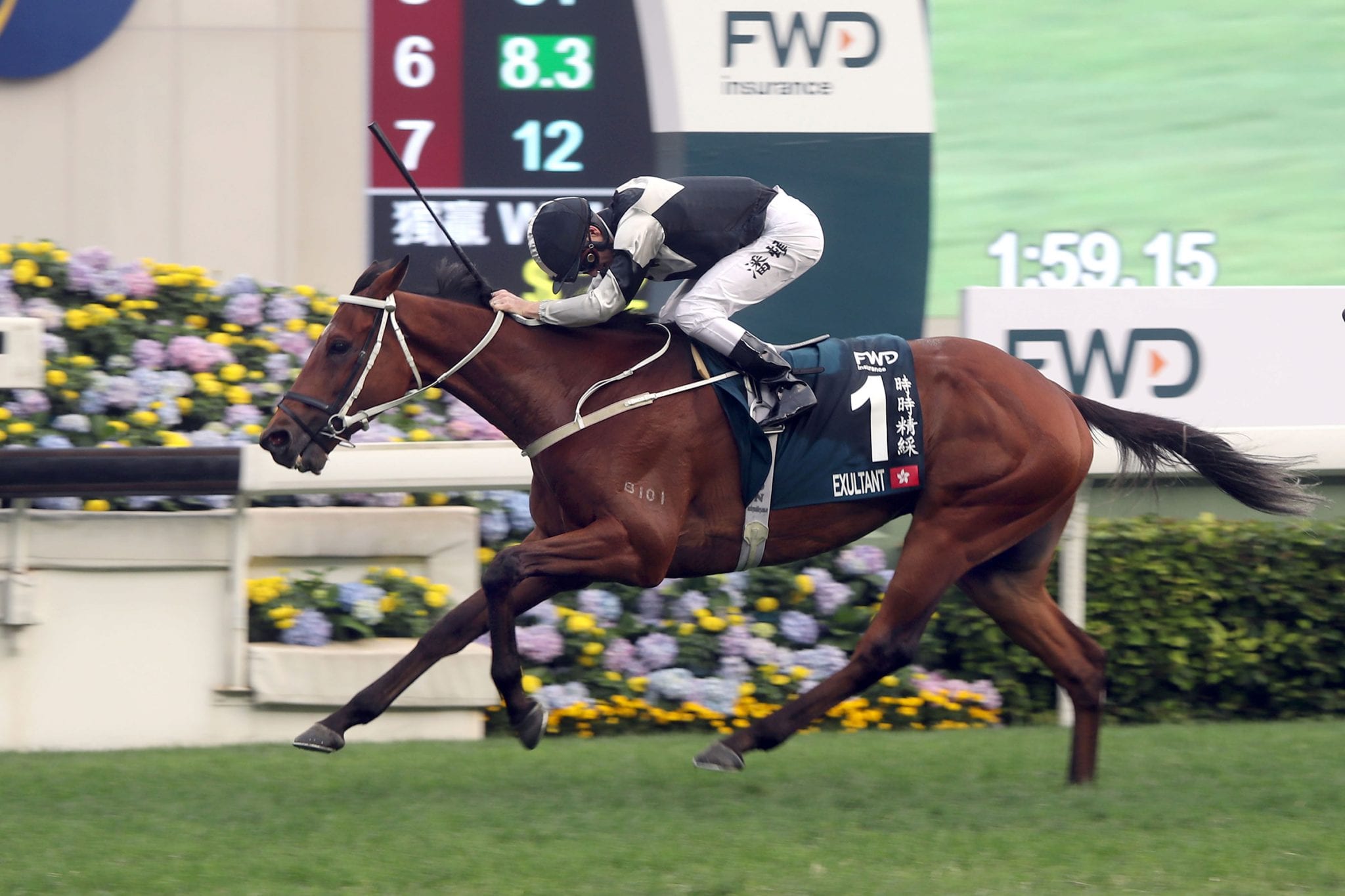 Declaring Golden Sixty the equal of the most outstanding milers in recent Hong Kong history, Zac Purton has warned against being too conscious of the glamour galloper in Sunday’s Group 1 Citi Hong Kong Gold Cup (2000m) at Sha Tin.

Purton will partner Tony Cruz’s reigning Horse of the Year Exultant in an intriguing clash with Golden Sixty, who is bearing down on a 13th successive win, third Group 1 triumph and 16th victory from 17 starts.

Typically realistic, the four-time Champion Jockey concedes Exultant’s chances of adding a second Hong Kong Gold Cup are not as imposing as when the gelding was at his peak, observing the seven-year-old is yet to return to peak levels this season.

“I think he was going better last year than what he is this year,” Purton said.

“He just seems to have come off his peak a little bit, he’s still trying hard – he’s not quite getting into the straight and putting them to the sword like he was before.

“We’ll just ride our race on him and give him his chance and he’s certainly good enough, of course, and there’s younger horses coming through now and the older you get the harder it becomes.

Second to Glorious Dragon in the Group 3 Centenary Vase Handicap (1800m) on 31 January, Exultant is yet to win this season.

“I thought it was a good effort – the same horse last year would have won,” Purton said before addressing a possible change of riding tactics based on upsetting Golden Sixty.

“There’s always that possibility and the option is there but, as is usually the case, you just have to ride the race as it unfolds and work it out at the time.

“You also have to be mindful that if you go out there just to beat one other runner, it can quite often bring both of them undone and another horse will end up winning the race, so you’ve still got to give yourself a chance of winning the race.”

Familiar with the explosive talents of retired Hong Kong champions Ambitious Dragon and Beauty Generation, Purton has no doubts about Golden Sixty’s qualities.

“He looks as good as any miler we’ve had here in Hong Kong, for sure,” Purton said.

“He’s certainly special, his record tells you that – his turn of foot is phenomenal, he’s just got that will to win so there’s a lot to like about him and I wish I was the jockey on him.”

The Hong Kong Gold Cup is one of three features at Sha Tin on Sunday (21 February).