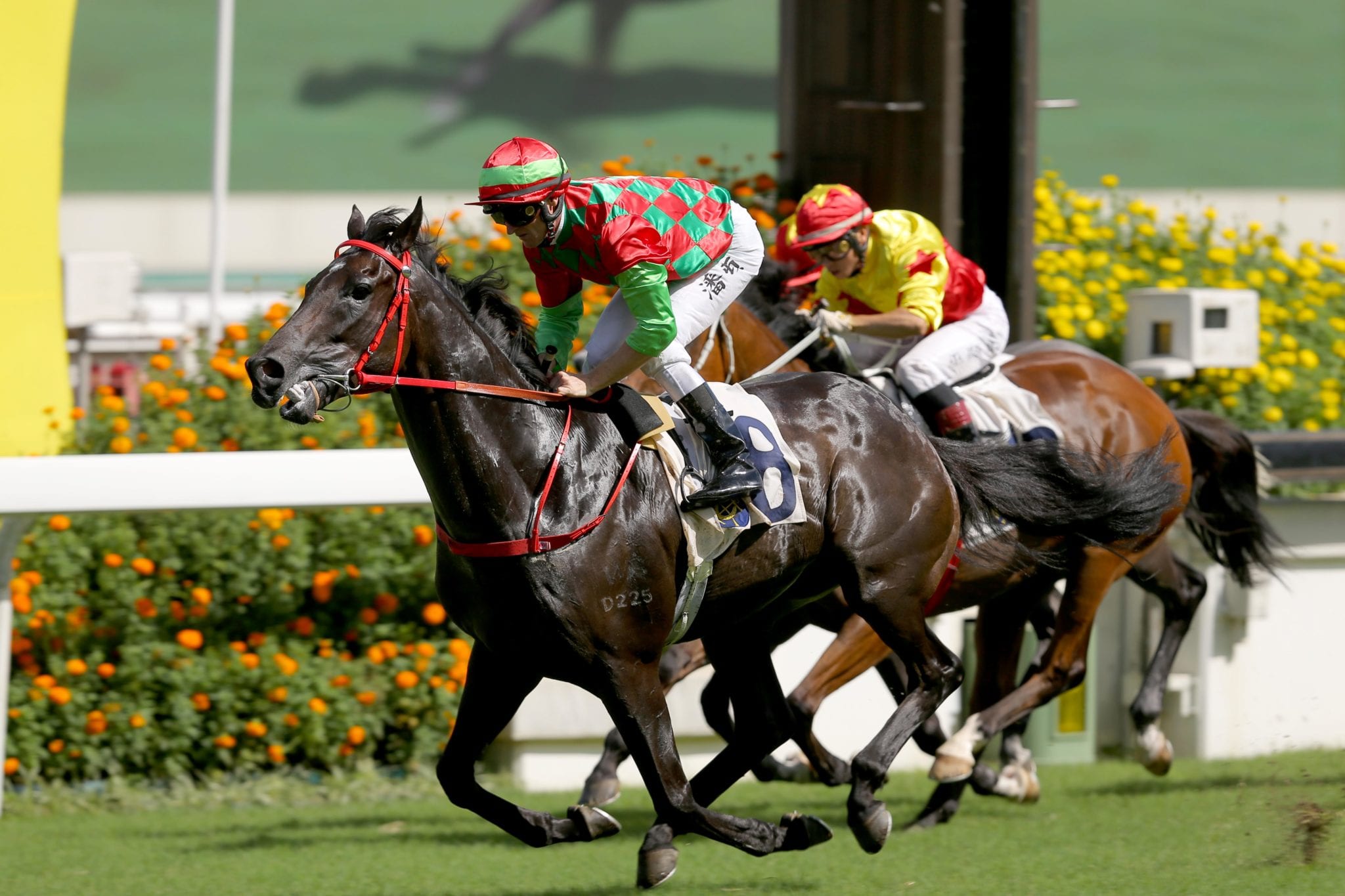 Zac Purton extended his lead in the jockeys’ premiership to four wins thanks to a double at Sha Tin on Sunday, 21 June. The Australian has 132 on the board to Joao Moreira’s 128 after the latter’s single win.

The three-time champ struck first when Winning Brew took section one of the Class 4 Garnet Handicap (1200m) for trainer Frankie Lor and he followed up in the Class 4 Lapis Lazuli Handicap (1600m) aboard the Danny Shum-trained Regency Master.

The Tony Cruz stable is still very much in the running for the trainers’ premiership after Flying Sword took the Class 3 Alexandrite Handicap (1400m) under Karis Teetan, who kept up his excellent form with a treble.

Teetan helped trainer Michael Chang to achieve the first two across the line in the Class 4 Opal Handicap (2000m), with the rider teaming with Bullish Glory (124lb) to earn a second win on the bounce, ahead of stablemate Mister Monte (115lb).

But the pinnacle was an impressive score on the Tony Millard-trained Amazing Chocolate which took the Mauritian to 84 wins, level with his best ever season’s tally. The five-year-old stormed down centre-track from deep to make it three wins from his last four starts.

That made it a double for Team Millard, jockey Antoine Hamelin having been in the saddle for section two of the Garnet Handicap, when top-weight Yee Cheong Pegasus held the green Sky Field by half a length.

United We Stand blitzed them in the opener, the Class 5 Tourmaline Handicap (1000m). The Danny Shum-trained galloper made the most of a drop in class, Jerry Chau’s 10lb claim, and a solid tail wind, to open his account at the eighth attempt, smashing the class record by 0.65s with a time of 55.64s; the margin was five lengths.

Chau nailed a double when steering First Responder to success for his boss Douglas Whyte. The four-year-old took section three of the Garnet Handicap.