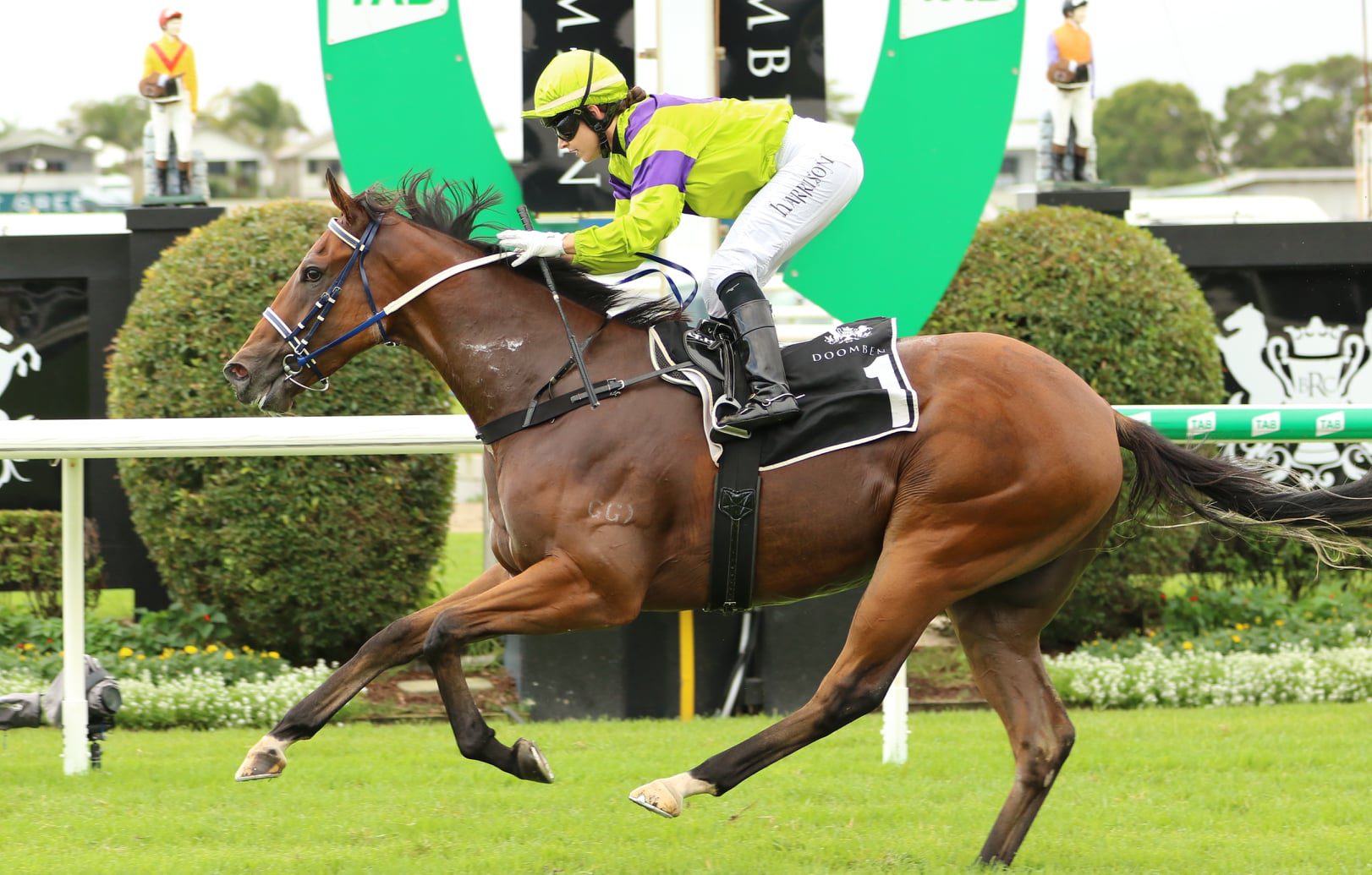 After yet another impressive victory, unbeaten two-year-old Yiska will go for a well-earned spell, rather than pushing on throughout the Brisbane Winter Carnival.

The Lee Freedman-trained youngster has been dominant in his three career starts, rising through the grades from a provincial victory at the Sunshine Coast to a Saturday metropolitan win at Doomben.

The gelded son of Smart Missile had led all of the way in his first two victories under Tegan Harrison, recording 2.5-length margins on both occasions, but she opted to take a sit on the even money favourite on Saturday from barrier nine.

While he wasn’t able to dictate terms this afternoon, Yiska found clear running in the straight and didn’t look like getting beaten, pulling away to record another big victory in the 1200m event.

Freedman said he had already planned to put the two-year-old into the paddock regardless of Saturday’s result, and he doesn’t plan on changing tact.

“I was really pleased – I kind of think he’s nearly at the end of his prep,” the Melbourne Cup-winning trainer said on Sky Racing.

“That wouldn’t suggest it, but the way he behaved today – he can be very over exuberant. I love the way he actually took a trail today and then got right away from them.

The unbeaten galloper is a bit of a stable favourite for Freedman, who says he acts like an “old gelding”, but he brings his cheekiness and talent to the races when he has to.

“He’s by Smart Missile and out of an Exceed And Excel mare, so he’s meant to be half silly,” he said.

“Around the stable, he’s like an old gelding, but race day he gets his vibe on.

“I’ve booked him out Tuesday and I think I’ll stick with that because he’s had three runs his first prep and I think that’s enough for him.

“I think there’s something there under the hood to look at as a three-year-old.”