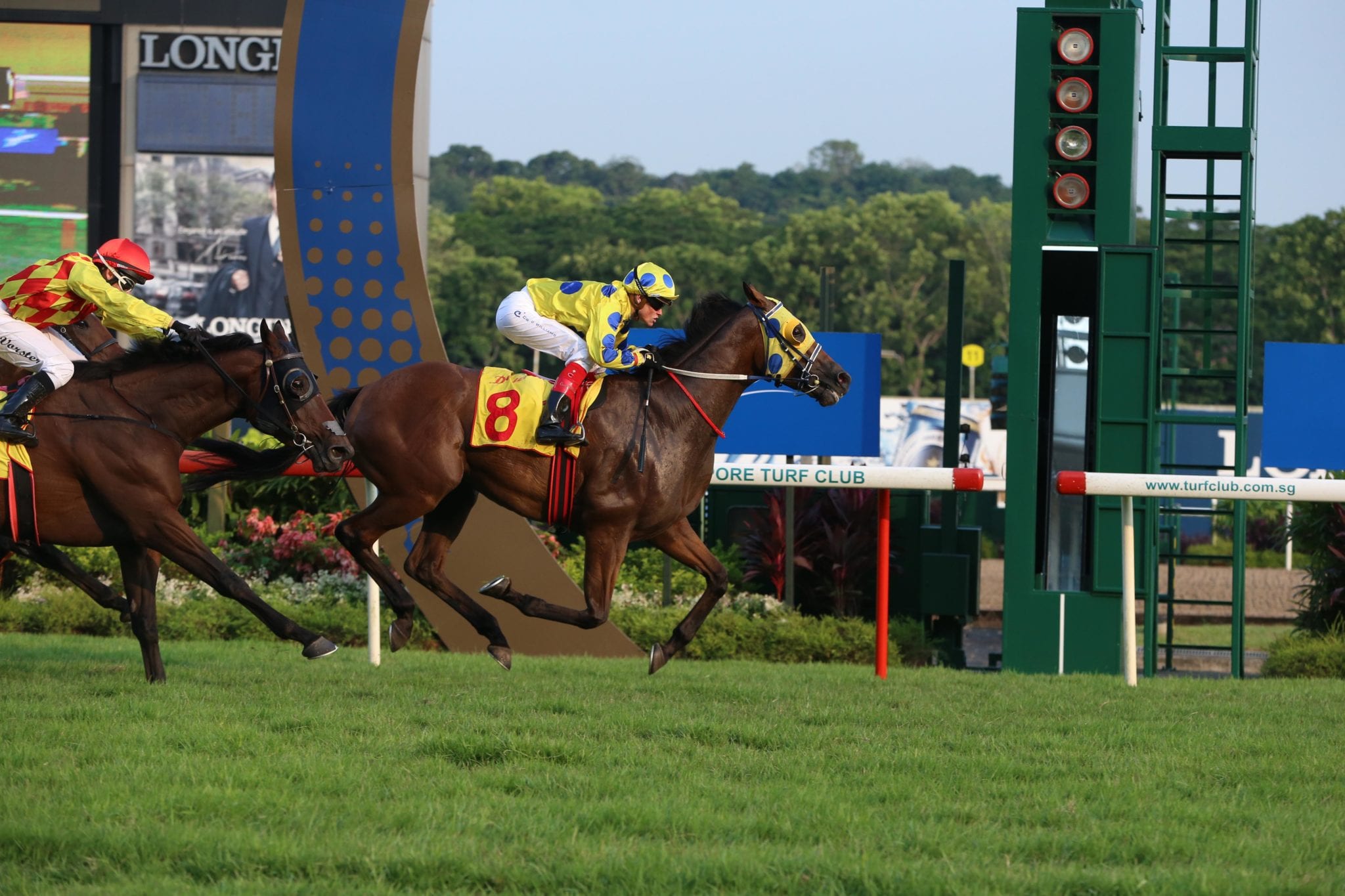 Melbourne Cup-winning hoop Craig Williams jetted in to Singapore on Sunday to partner Mr Clint for champion trainer Lee Freedman and the combination proved lethal as they snared the spoils in the S$1 million Dester Singapore Gold Cup (2000m).

Freedman praised Williams for a masterful ride, enabling Mr Clint to slide forward and pressure race-favourite I’m Incredible when rounding the home bend before fending off Gold Strike and Countofmontecristo. “He turned his form around in the lead-ups and then he had a set-back before his last race and I thought the ride was appalling,” Freedman said. “That’s why I changed jockeys and thank God I did, because this guy (Craig Williams) could walk on water this week.”

Bred by Sir Patrick and Lady Justine Hogan, Mr Clint has failed to find the winner’s circle since his success in the S$1 million Singapore Guineas (1600m) last year. The son of Power placed in last year’s Singapore Gold Cup, as well as the Singapore Derby (1800m) and Raffles Cup (1600m) “Since his Guineas win, he has had no luck,” Freedman said. “He has had a few leg troubles and he has had a few issues. “He was unlucky not to win last year’s Gold Cup and then today he was given the most incredibly good ride and just showed what a good horse he can be.”

Two Group 1 wins, including the Melbourne Cup, and an Oaks day treble helped Craig Williams claim the title of leading jockey for the four-day Melbourne Cup carnival at Flemington last week and the hoop showed no signs of a Cup week hangover when piloting Mr Clint. “Full credit to Lee Freedman and the owners for giving me the opportunity to ride him,” Williams said. “The stable has prepared him really well. We had a great competitor in this fella today. We know he likes softer ground and he didn’t get those conditions today.”

Williams also paid tribute to friend and fellow rider Vlad Duric, who suggested Mr Clint was a mount worth travelling to Singapore for.

The win of Mr Clint is another timely reminder of the quality on offer at New Zealand Bloodstock’s Ready To Run Sale of 2YOs, with this year’s rendition taking place on November 20 and 21. A $95,000 graduate of Sam Beatson’s Riversley Park draft at the 2016 Sale, where he was bought by now retired champion trainer Laurie Laxon, Mr Clint was initially sold for $52,500 as a yearling by Cambridge Stud.

Laxon was represented by son John at Kranji on Sunday. “He has been such a fantastic horse over several years,” he said. “Dad got him out of the New Zealand Bloodstock Ready To Run Sale and every time he has run over ground, he has just been so genuine. “I suspect Dad’s at the beach in Whitianga. He has probably had a good catch of fish and hopefully he is enjoying this one back home in New Zealand.”

Earlier on the program another New Zealand Bloodstock graduate, Inferno, maintained his undefeated record, with the three-year-old landing his fourth career win in the S$175,000 Saas Fee Stakes (1200m). The Cliff Brown-trained Inferno was bought by his conditioner for $140,000 as a yearling from the draft of Westbury Stud.