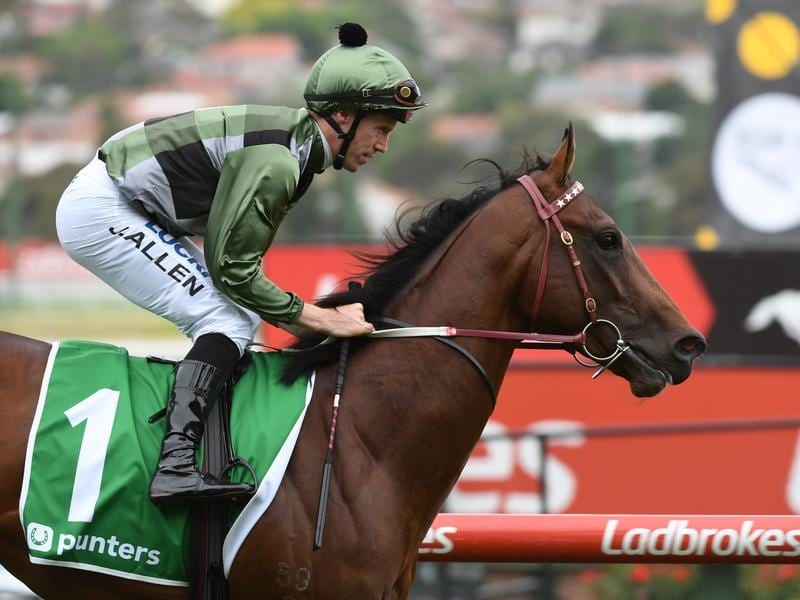 Former favourite Yes Yes Yes has been scratched from the Magic Millions Classic after initially being found fit to run.

Stewards passed Yes Yes Yes fit to run after an inspection on Friday morning but later accepted an application from trainer Darren Weir to scratch the colt.

Chief steward Peter Chadwick says stewards agreed to scratch Yes Yes Yes for the benefit of the horse and all concerned.

“Weir felt to scratch the horse would be in the best interest of the horse’s welfare and we agreed,” Chadwick said.

On Thursday, stewards and vets conducted inspections of all runners and emergencies in the 2YO Classic and Magic Millions Guineas.

Yes Yes Yes was originally to be flown to Brisbane from Victoria but when no flight was available he was sent by float.

Chadwick said Yes Yes Yes was found to display soreness over the rump and a degree of lameness in the near hind leg on his arrival on Thursday morning.

“However, a further examination was carried out on Friday morning and he was found to have improved,” he said.

“Stewards were then approached by Weir who requested the horse be scratched. They agreed on animal welfare grounds.”

Yes Yes Yes has won his past two starts in Melbourne and was favourite for the Classic until he drew barrier 21 on Tuesday.