Written By Working Towards Oakleigh Plate 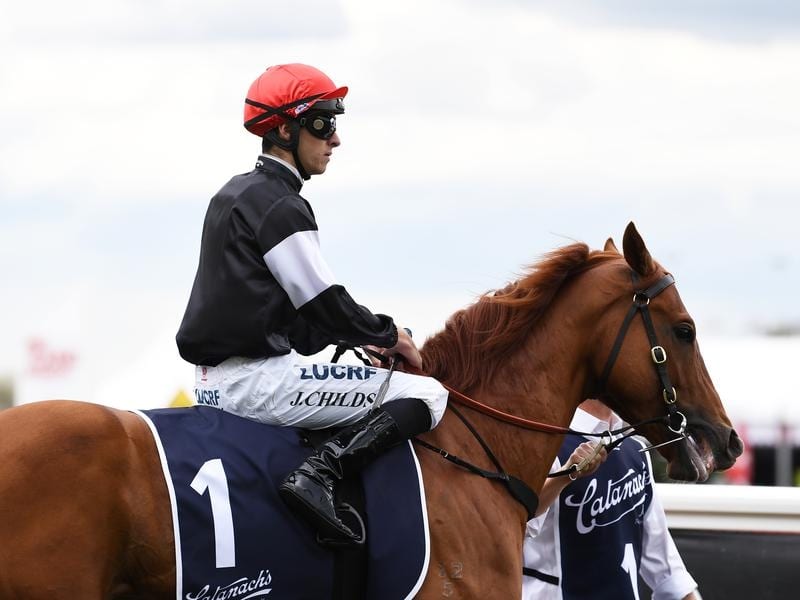 Trainer Grahame Begg has his eyes on one of Australia’s toughest Group One sprint handicaps with three-year-old Written By.

Written By returned to training at the beginning of December and Begg said he would be guided by his progress before deciding on the colt’s lead-up race to the 1100m-race at Caulfield on February 23.

He says the options are the Listed Adams Stakes (1000m) on February 2 or the Group Two Rubiton Stakes (1100m) the following week.

Written By has won six of his eight starts and is unbeaten in four runs at Caulfield, including the Blue Diamond Stakes for two-year-olds in February.

He hasn’t raced since finishing fourth behind Sunlight in the Coolmore Stud Stakes at Flemington last month.

“He’s going into his third week of training and we’re happy with how he’s coming along pottering around down at Pinecliff,” Begg said.

“I’ve got to make a decision which way I go as far as what races he runs in. It all depends on how he’s going but it all but rules out him running in the Lightning Stakes.”

Begg said Written By would have a jump-out in the lead-up to his return instead of an official trial.

“Barrier trials are very scarce at this time of year unfortunately,” he said.

Stablemate Our Libretto is due to resume work at the end of the week with Begg focusing on a Sydney campaign with the mare.

Our Libretto has had a short break since finishing third in the Zipping Classic at Sandown last month.

Begg said she would run in the better quality mares races in Sydney before a possible trip to Queensland for the Hollindale Stakes or Doomben Cup.

“I think if we can give her as light a preparation as possible, even though they’ll be good quality races, she can then set up for the spring,” Begg said.

“She can also spell up in Queensland in the warmer climate which won’t do her any harm.”