Wolverine on target for home feature 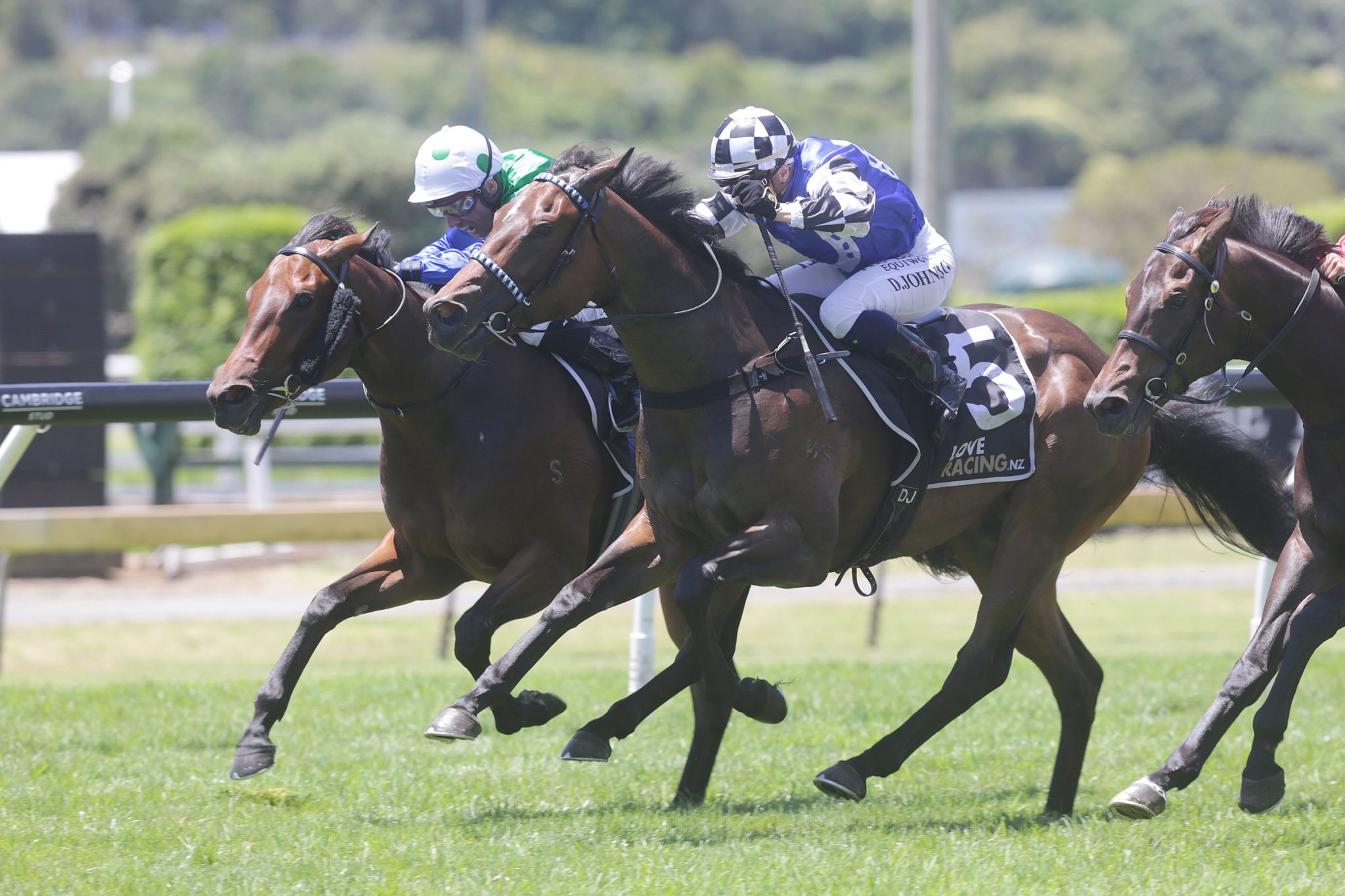 Classy New Zealand juvenile Wolverine showed she is on target for the Group 1 Courtesy Ford Manawatu Sires’ Produce Stakes (1400m) at Awapuni next Saturday following her effortless trial win at Otaki on Tuesday.

While in a 1000m trial, the daughter of Tivaci travelled much further, with jockey Robbie Hannam keeping the filly to the middle of the track from the 600m. Despite the extra distance, she ran away to a comfortable two length win.

Trainer Roydon Bergerson was pleased with her final public appearance before her Group One test.

“She trialled up super, I couldn’t be happier with her,” Bergerson said.

“She was pretty fit heading into it. She won a jumpout last week at Levin by four lengths.

“She didn’t have much opposition today but she did it pretty easily.

“She has pulled up super. She was bucking in the birdcage.”

Wolverine takes an envious form line into the Sires’ Produce Stakes, having won three of her four starts, including the Group 2 Wakefield Challenge Stakes (1100m) and Group 2 Eclipse Stakes (1200m), while her only defeat came to Dynastic when runner-up in the Karaka Million 2YO (1200m) in January.

With the majority of her outings being in the north, Wolverine is already a seasoned traveller but Bergerson is hoping she will have a home advantage in the Sires’ Produce.

“It probably took its toll in the end, but in saying that she ran into a really good horse on the day (Dynastic in the Karaka Million). The time she ran she would have probably won any other Karaka Million.”

Wolverine has since spelled and Bergerson said she has returned a more developed horse from her short break.

“I think she is a bit sharper,” he said. “She spelled well after the Karaka Million. She has grown and got a lot stronger.

“I think she is a better horse this way around too. She can just sprint better on that leg.

“She is in the right space. I just hope for a good draw and she should be right in it.

“I am pretty confident she will run super.”

Meanwhile, Bergerson is looking forward to kicking off the career of stablemate and fellow juvenile Tivaci Princess in the Revtial Fertiliser 2YO (1100m) at Hawera on Friday.

“I really like the two-year-old, she is going to run up against quite a handy field but she is a really nice horse and will stand out as a three-year-old,” he said.

“She will have the one run and go for a spell.”