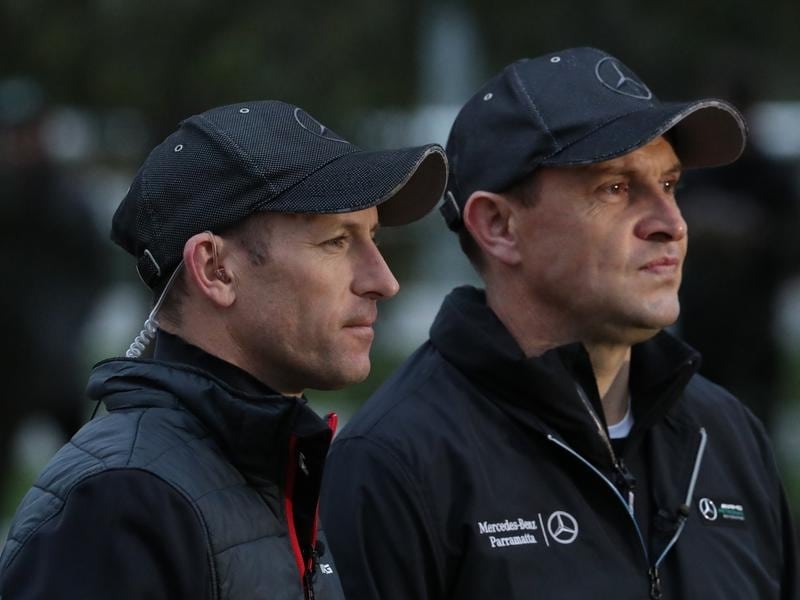 After more than three seasons of dominance, champion Winx firmly remains the toast of Australian racing as she bids to extend her winning sequence on her path towards an historic fourth Cox Plate tilt.

The world’s highest-rated horse was crowned Australia’s Horse of the Year for a record-equalling third straight time on Thursday night in Melbourne, less than two days before she aims to stretch her winning run to 28 in Saturday’s Group One Turnbull Stakes at Flemington.

Winx is on target to chase an unprecedented fourth Cox Plate at Moonee Valley three weeks after Saturday.

Her Turnbull Stakes defence will be just the second time Winx has raced on the famous Flemington track, having clearly enjoyed it last year when she romped to a 6-1/2-length win.

Saturday will be the first time this preparation the champion steps up to 2000m.

During her 27-race winning sequence, which began in the Sunshine Coast Guineas in May 2015, Winx has raced eight times at 2000m or further with a combined winning margin of more than 34 lengths.

“She is vulnerable over the shorter distances because the winning margins are never as great.

“Over 1600 metres and further that’s when the pressure really comes into a race and that’s what she’s so good at. That last 10 per cent extra is always there where the others are often just struggling the last 10 per cent of a race.”

Winx was the $1.18 Turnbull favourite on Friday and Waller said the champion was again well-prepared to run to her high standard.

“She is just a star in her own right and she makes us all look pretty good each and every time she steps out on a racetrack,” he told reporters this week.

“We’re not treating this race as any different.

“The sequence rolls on. We’re prepared for the worst, always, but it doesn’t look like anything is holding her back and she’s ready to run to the best of her ability.”

Winx has been in Melbourne for almost two weeks and her Turnbull preparation has included two course proper gallops at Flemington.

“And Flemington as a racecourse certainly sets up very well for horses that like to do that.”