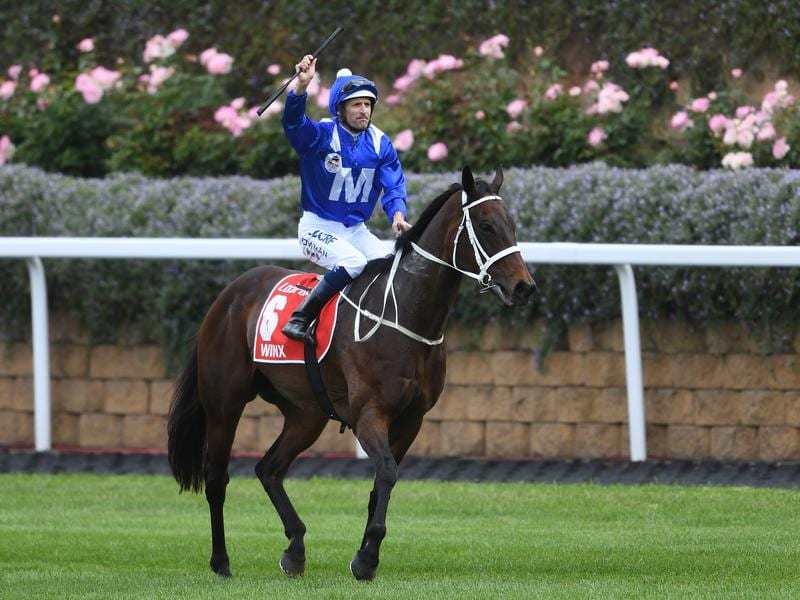 The countdown to Winx’s final campaign is set to begin with the first of two planned barrier trials at Rosehill.

Winx is among 10 horses entered in the first heat on Tuesday with Group One winners Ace High and Alizee among her opponents in the 900m-trial.

Although Winx has won 33 of her 39 starts, the past 29 in a row, she has only ever won two trials, neither over the abbreviated 900m.

After the mare won her fourth Cox Plate in October, trainer Chris Waller was cautious about whether she would come back for another preparation.

Her condition when she returned from a short spell has convinced him she is as good as ever.

“She will have two trials and we might even give her an exhibition gallop,” Waller said.

She is scheduled to run in the Group Two Apollo Stakes on February 19 before three Group One races – the Chipping Norton George Ryder and Queen Elizabeth Stakes.

Her owners Debbie Kepitis, Peter Tighe and members of the Treweeke family will head to the United States this weekend to receive an award on her behalf.

Winx was voted the most popular international horse of 2018 in an online poll and she will be honoured at Santa Anita on Saturday (Sunday AEDT).