Winx On Target For Final Campaign 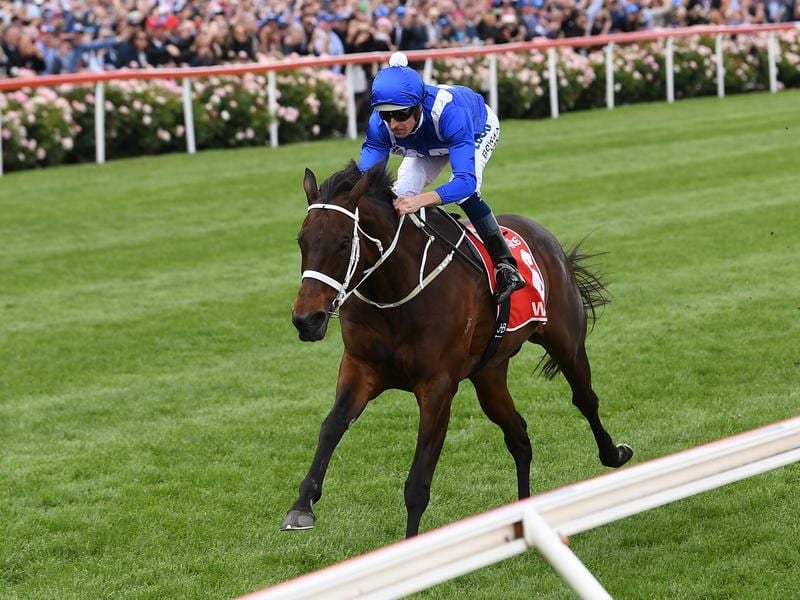 Trainer Chris Waller is buoyant about Winx’s upcoming campaign despite his original caution about whether she would indeed have a final preparation.

After observing the champion in the stable for the past three weeks, Waller says she seems as good as ever and is on track to return in the Group Two Apollo Stakes on February 16.

Before she races she will tune up with two barrier trials, the first likely on Tuesday week.

“Amazingly, she is showing the same keenness and enthusiasm for her work as always.

Waller said Winx had returned to Rosehill with residual fitness after her record fourth Cox Plate win in October.

“She keeps herself in check. She’s an amazing athlete,”he said.

“You hear of horses going out for spell and getting heavy, putting on condition, but she seems to look after herself.

“Everyone at Hermitage and my team do everything we can to look after her but realistically it comes down to her, she is just marvellous.”

That ability to keep retain her fitness is something her trainer believes has kept her racing as a seven-year-old when many other mares are in the broodmare barn.

“I’m looking for her to get the credit for being around for so long,” Waller said.

“We have made those decisions to pull up when we could have gone another run, or not to take her overseas, doing certain things that would have made it hard.

After the Apollo, Winx is scheduled to defend the Group One treble of the Chipping Norton, George Ryder and Queen Elizabeth Stakes.

She is expected to again be confirmed the world’s best horse on turf for 2018 and seems a shoo-in for a fourth Australian Horse of the Year title barring the emergence of the next superstar with the biggest contender Winx’s stablemate, triple Group One winner The Autumn Sun.

“He has come back 20 kilograms heavier,” Waller said.

“He needed to grow and develop. His manners are fantastic and you would not know he is a stallion.”

The Autumn Sun has the Randwick Guineas as a target with Royal Ascot a temptation if he does as well as predicted.