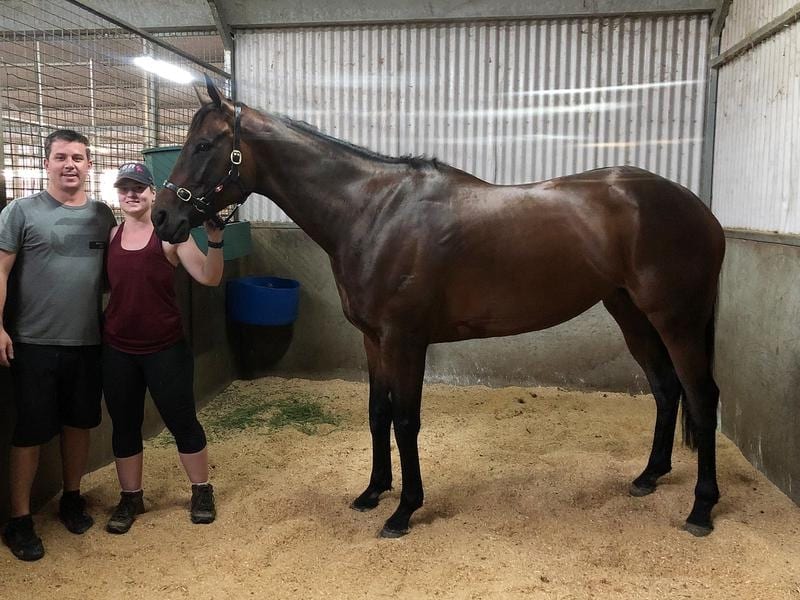 Winx has returned to her Rosehill stable as anticipation mounts for a likely autumn campaign.

Trainer Chris Waller posted a picture of the champion on Twitter on Friday with a decision on her racing future expected next week.

Since she won an unprecedented fourth Cox Plate in late October, Winx has had a short rest in the paddock and pre-training at her spelling farm on Sydney’s outskirts.

The seven-year-old mare extended her winning streak to 29 and her Group One tally to 22 when she beat English horse Benbatl in the Cox Plate.

If, as expected, she is to race on her autumn plan would likely be the same as the past two years – the Group Two Apollo Stakes followed by the Group One treble of the Chipping Norton (1600m), George Ryder (1500m) and Queen Elizabeth Stakes (2000m).

Winx had a hiccup in the plan a year ago when Hugh Bowman was suspended and her owners opted to miss the Apollo and wait for his return.

The jockey is an integral part of the Winx story and he will join owners Debbie Kepitis, Peter Tighe and Richard Treweeke along with Waller in the discussions on her campaign.