Winx Again The Star Of The Show 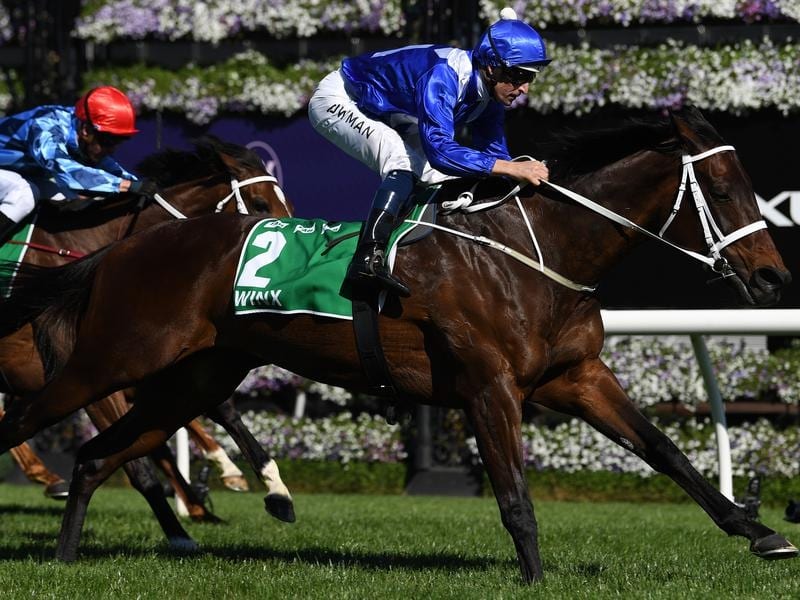 As she has for the past three years, Winx won every race she ran in and set standards no other is likely to achieve.

With the clock ticking on her career, Australian racing must steel itself for life after the champion who is being prepared for her swan song in the autumn.

She will follow the routine that has served her well with a possible four more races left.

Winx ended her 2018 campaign with an unprecedented fourth Cox Plate win, her 22nd at Group One level and her 29th victory in a row.

In the course of the year, Winx made her way on to a mural in a Melbourne street, a postage stamp and a beer can with plans afoot to build a life-size statue at Rosehill Racecourse.

Her year began a little later than planned when her jockey Hugh Bowman was suspended and unavailable for the Group Two Apollo Stakes.

Such is the continuity of her training and racing, trainer Chris Waller and the mare’s owners decided not to run her without him.

It wasn’t because they didn’t think another jockey could not win on her, it was more they thought another jockey might find the pressure off the track in the lead-up to the race too much.

“Hugh Bowman is a very important part of Winx and we feel we can go straight into the Chipping Norton Stakes first-up,” Waller said.

Go straight to the Group One race she did and straight to her 16th win at the highest level, seven lengths ahead of Prized Icon.

Happy Clapper finished within three-quarters of a length in the George Ryder, the closest any horse came to Winx in 2018.

She signed off for the autumn with a seemingly routine win in the Queen Elizabeth Stakes.

Once her spring campaign was confirmed, the publicity machine was in overdrive heading to the Cox Plate.

To get there she began in the race renamed in her honour, before going to the George Main Stakes and Turnbull Stakes.

The build-up at Moonee Valley was like no other with the Europeans giving Benbatl a chance.

As she looped the field rounding the turn, he was no chance.

A scandal in Victoria involving high profile trainer Robert Smerdon and a race day treatment regime conducted by text message, was put aside for the Melbourne spring carnival which continued to deliver.

Like the international participation or not, the European horses were out in force, in particular Godolphin.

Saeed bin Suroor won the Caulfield Stakes with Benbatl and the Caulfeld Cup with Best Solution while fellow Godolphin trainer Charlie Appleby brought Jungle Cat to win the Sir Rupert Clarke Stakes and Cross Counter to claim the biggest prize of all, the Melbourne Cup.

Darren Weir remains the country’s most prolific trainer while Chris Waller ended the year with 17 Group One trophies headed by Winx (7) and The Autumn Sun (3).