Winter Reshuffle For 3yo Jewel Contender 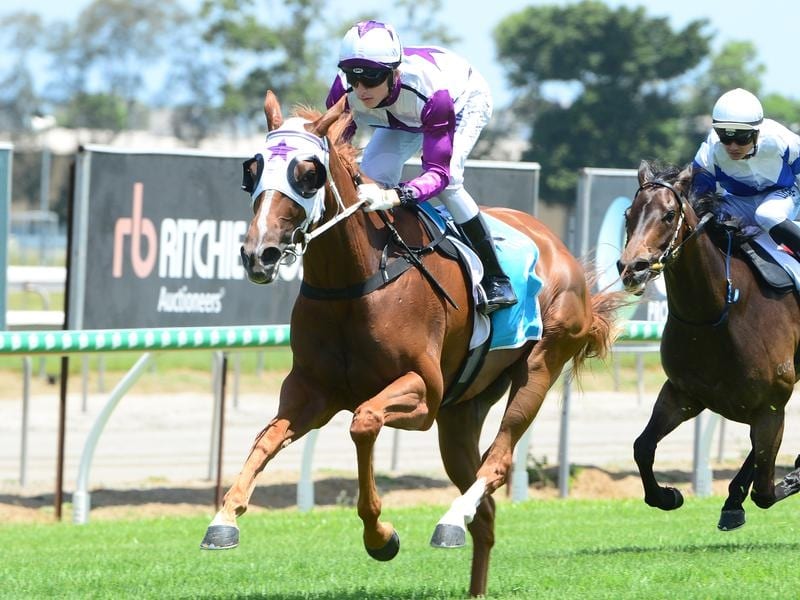 The Gold Coast washout of the $200,000 3YO Jewel has meant a reshuffle of winter carnival lead-up plans for promising filly Barefoot.

Trainer Tony Sears had planned to run Barefoot in the Jewel last Saturday and a 1350m race at Doomben on Saturday week before heading into the winter.

Barefoot will still tackle the Jewel which has been rescheduled for Eagle Farm on Saturday.

“It has mucked us around a bit. But she will now run Saturday and then go to the Darling Downs Guineas (on April 6),” Sears said.

Sears said the Gold Coast Bracelet on May 4 would be the major test for Barefoot.

“That race is 1800m and if she races well against the southern fillies we will press on to the Queensland Oaks over 2200m at Doomben,” Sears said.

“If it looks as though she can’t stay we will come back to set her for the Queensland Guineas at 1600m.”

Barefoot will be having her first run in the Jewel since finishing second in a 1600m three-year-old race at the Sunshine Coast on January 26.

At her previous start she showed her class with a close-up fourth in the Magic Millions 3YO Guineas won by Boomsara.

Sears said Barefoot was a versatile horse who could handle all types of track surfaces.

“I know we are back to 1200m on Saturday but she has had a freshen up and I am pleased with her,” Sears said.

“Being at Eagle Farm will be no problem and the way it has been playing it might even be an advantage.”

Sears would love to win a major race for Barefoot’s owner Alexandra Fleming who paid $55,000 for the Show A Heart filly as a yearling.

“She has been a terrific supporter of mine and if anyone deserves a big black-type win it is her,” Sears said.

Fleming and Sears were active at the Magic Millions March Sales this week and came away with a colt by Better Than Ready for $130,000.