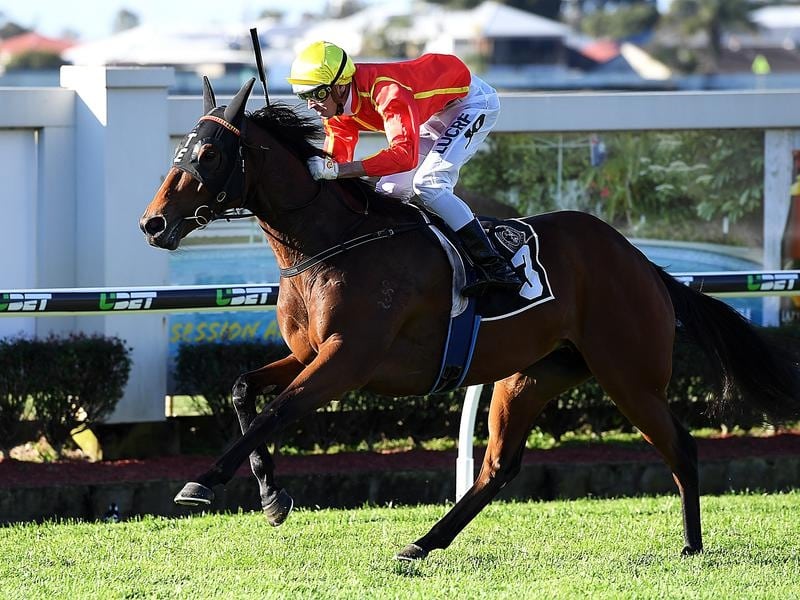 The important Gold Coast barrier trials which were washed out last week have been switched to Tuesday but one drawcard will be missing.

The trials were to feature some of the early season two-year-old hopefuls and a couple of horses who could be heading south for the spring.

The Gold Coast races were also washed out on Saturday but the trials are expected to go ahead.

The Toby Edmonds-trained in-form mare Winter Bride was to trial last Thursday before heading to Melbourne but will now miss the hit-out on Tuesday.

The filly has won three of her past four starts, her most recent at Doomben on July 21.

“She has done enough now without trialling. She will head to Melbourne this week and chase the fillies and mares races,” Edmonds said.

Edmonds has a team of horses in Melbourne including Houtzen who made dashing return in the McEwen Stakes at Moonee Valley on Saturday.

The 2017 Magic Millions Classic winner, Houtzen finished a close second to boom horse Nature Strip who set a course record 56.95 for the 1000m.

“I was thrilled as she wobbled around the corner a bit and probably should have won,” Edmonds said.

The first two-year-old race of the season will be the Pat O’Shea Memorial at Toowoomba on September 23 with the first metropolitan juvenile races at Doomben on October 6.

There has been only one two-year-old trial able to be run so far this season with trainer Michael Nolan’s filly Secondofmay winning by five lengths over 870m at Toowoomba.

The grey filly is the first offspring of rookie sire Better Than Ready to appear in public.