Winners Keep It In The Family At Rosehill 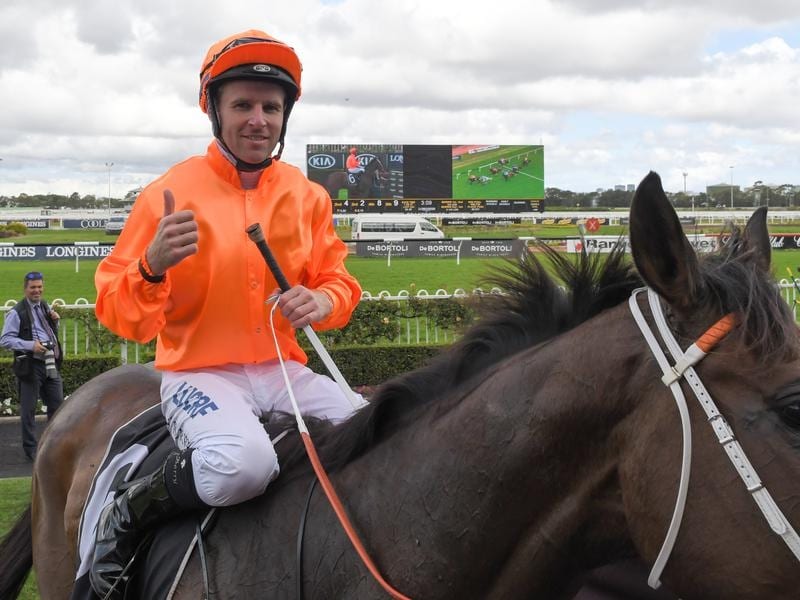 Jockey Tommy Berry has had plenty to celebrate as he grinned and pumped his fist after Firsthand reached the winning post at Rosehill.

“It’s not every day you get to ride a winner for your wife,” Berry said.

It is Firsthand’s first win since his 1200m victory at Randwick more than a year ago.

“He’s been a bit of a frustrating bloke,” Berry said.

“We’ve always thought he was a stakes-class horse but he had to get everything right to get to that level.”

Berry, who returned from a stint in Hong Kong earlier this year, joked he must be “the key” to Firsthand’s return to form.

Michael Hawkes, who trains in partnership with his brother Wayne and father John, says the stable has been working on the six-year-old’s barrier manners.

“It’s all about getting him nice and relaxed and into rhythm,” he said.

“He’s always been on song. He’s always had his share of ability and he’s got 1400 metres so he might even go further.”

It was a double victory for Hawkes, whose wife Clare also owns a share in the winner.

“There’s a lot of happy people,” he said

More was to come when Notio, part-owned by Michael’s mother Jenny, won the next race under Corey Brown.

“My wife was in the last one and my mother is in this one so it’s all in the family,” Hawkes said.