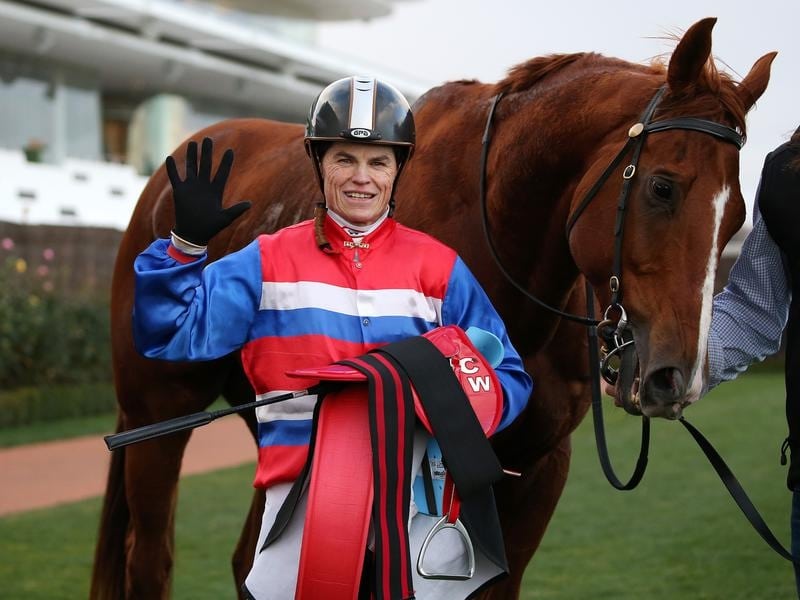 Despite opening up what appears another premiership-clinching lead in Melbourne, jockey Craig Williams is not resting on his laurels.

Williams has ridden 12 winners from the past three city meetings to open up an 11-win lead over Damian Lane in the Melbourne jockeys’ premiership with five meetings remaining.

The six-time premiership winner notched a treble at Sandown eight days ago before riding a career-best six winners at Flemington on Saturday.

He added another three winners at Sandown on Wednesday to Lane’s one.

“It’s still not enough, is it?” Williams said.

“I’ve got Saturday to go now. So hopefully it’s good.

Williams continued his stunning form with four wins from as many rides at the country meeting at Sale on Thursday, which does not count towards the city premiership.

The champion jockey has another strong book of eight rides at Caulfield on Saturday including three favourites in early markets.

Quality sprinting colt Jukebox was the $3.10 favourite on Thursday for the Group Three Sir John Monash Stakes, while Godolphin mare Rillito was at $1.70 for the Ladbrokes Odds Boost Exotics Handicap (1200m).

First starter Ronan’s Rock is also an early favourite, having firmed to $3.70 in early betting for the Ladbrokes.com.au Handicap (1200m) for two-year-olds.