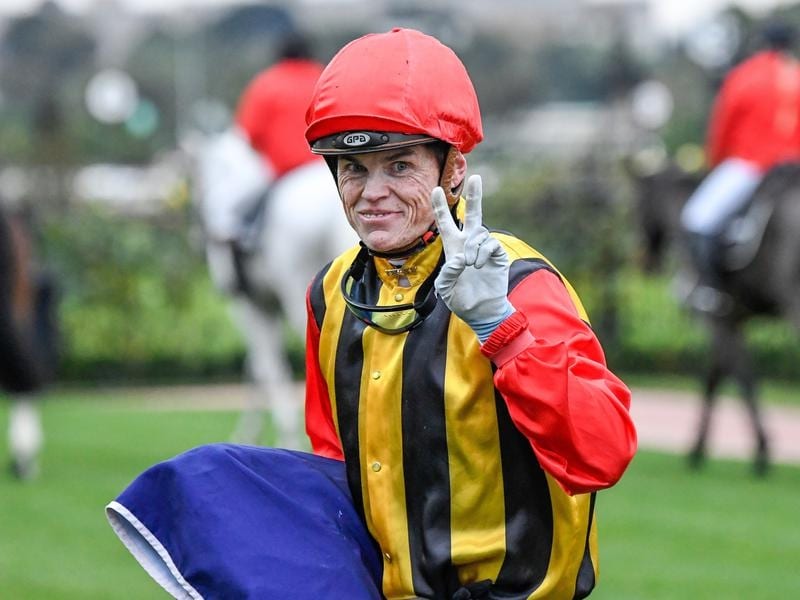 The Travis Harrison Cup may not carry the prestige of a Melbourne Cup or Caulfield Cup but it means a lot to champion jockey Craig Williams.

Williams is the cousin of Harrison who died in a car accident returning home from a night out celebrating a fellow rider’s birthday after a successful day at Moonee Valley.

Saturday’s meeting at The Valley hosts the 23rd running of the Travis Harrison Cup with Williams partnering the Lindsay Park-trained Biometric.

Williams says it was Harrison who inspired him to become a jockey after watching his cousin win at his second race ride at Stony Creek in 1993.

The winner of last year’s Melbourne Cup on Vow And Declare, Williams shed a tear after partnering Magic Consul to win his cousin’s race at The Valley two years ago.

“It’s a special race for me,” Williams said.

“For the racing industry to show respect to Travis as a person and the family’s name it speaks volumes about the Moonee Valley Racing Club and how much a tight-knit group racing is here in Victoria.”

Williams chased the ride aboard Biometric who made his Australian debut at Caulfield on May 30, finishing ninth behind Heptagon over 1400m.

“I spoke to Tom Dabernig about getting on him and I’m really looking forward to riding him,” Williams said.

“He looked to run well without a lot of luck at his Australian debut.

“If he can back that up and has come on for the run, he should be extremely competitive and it would be great to win Travis’ race again.”

Williams is also looking forward to reuniting with another import, Django Freeman in the Inglis July Series Handicap.

“He’s a lovely horse, a gentleman to do anything with,” Williams said.

“He’s got really good ability. He’s not over big in height but he covers the ground really well.