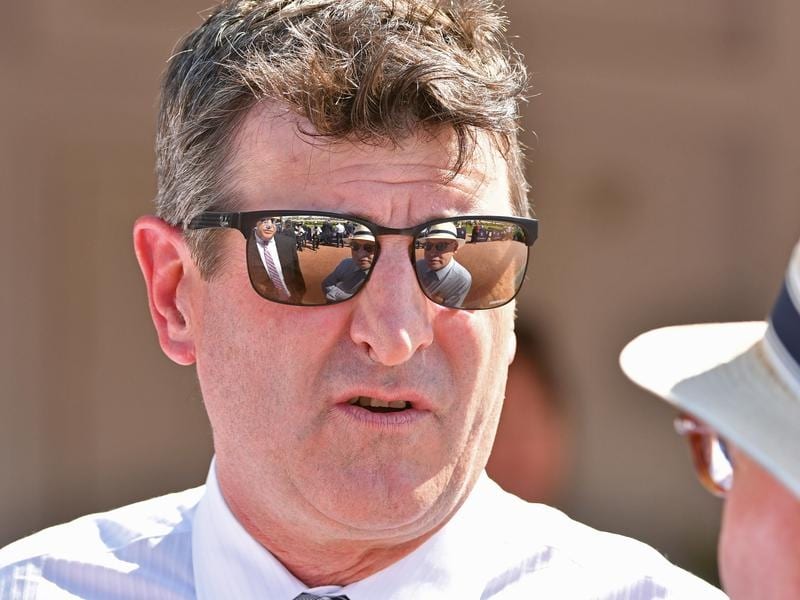 Trainer Robert Hickmott will get a better guide on Cox Plate ambitions for Django Freeman when the German import is tested at the home of Australasia’s weight-for-age championship for the first time.

A Melbourne spring campaign in 2019 for last year’s German Derby runner-up had to be aborted when he suffered a bone chip in a knee and he made his belated Australian debut with a pleasing third in a 1600m handicap on a heavy track at Flemington last month.

Django Freeman is set for his second Australian appearance on Saturday in the Inglis July Sales Series Handicap (2040m) at The Valley and Hickmott said the horse’s fitness levels had improved from his first-up run.

While it is only a winter handicap it will serve an important purpose in Hickmott’s spring planning for Django Freeman, with the race being over the Cox Plate course.

“Obviously the pipe dream is to get him to a Cox Plate and for him to have a look at Moonee Valley and see how he handles the tighter circumference will be a good test for him,” Hickmott said.

“It is an off-season handicap so we won’t be getting carried away but Harbour Views is a very promising horse and they are using this race as a testing point, exactly as what we’re doing.

“If we come away with a win I’d be over the moon.”

Hickmott said Django Freeman still had improvement in him but the four-year-old would be heading for a break after Saturday for two or three weeks to get him out of the stable to relax and switch off ahead of a planned spring campaign.

“He’s still going through some growing as a European four-year-old,” Hickmott said.

“We’ll learn a bit about him, mainly if he handles Moonee Valley which will be a guide going forward.

“If he doesn’t happen to handle the track we’ve still got the Caulfield Cup to aim up at, and he might be that Melbourne Cup horse going forward as well.

“He’s got to measure up in spring to a better class of horses, most definitely, but I think he has got above average ability.”

Hickmott said Django Freeman is drawn a little awkwardly for him in barrier one but suggests he has the gate speed to position in the first four and said it would be up to champion jockey Craig Williams to navigate the right path from him.

“But I’ll leave that up to the man on board. He’s a genius,” Hickmott said.