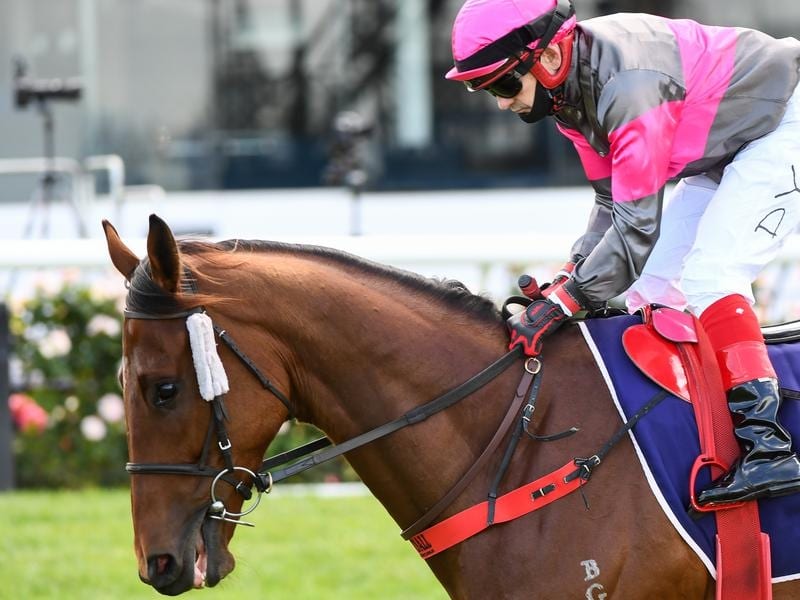 In-form trainer Symon Wilde has tasted success in a Sandown Guineas before and he’s hoping he can add a second win with Allibor.

Training with his father Bill, Wilde claimed the 2012 Sandown Guineas with So Swift, who was having his fifth start, and Allibor is also lightly-raced having had only three starts.

So Swift had only won a Hamilton maiden going into the race but he had finished fourth in the Gibson Carmichael Stakes as a two-year-old at Flemington.

Allibor is a maiden but he also finished fourth in stakes grade at Flemington at his last run behind Shelby Cobra.

Prior to that he had finished second in maiden races at Donald and Bendigo.

Wilde said he had not targeted the Sandown Guineas with Allibor, rather it presented as the right race at the right time.

“He’s all set to go but he’s a maiden in a Group Two race but he’s a promising horse,” Wilde said.

“This isn’t a deep race though, except for Aysar.”

Wilde was happy with Allibor’s fourth at Flemington when he made up a lot of ground over the final 200 metres.

“I thought he was good as he got detached from the field before the turn. He is a lackadaisical horse so it was a good job to run fourth,” he said.

Wilde says Allibor is crying out for more ground and the 1600 metres will suit him.

“He reminds me a lot of Gold Medals at the same age. That’s the sort of horse he’ll be for us as he’ll stretch out in ground,” Wilde said.

Dean Yendall has ridden Allibor in all of his starts and he is a $12 chance with TAB fixed odds.

Wilde said top jumper Gold Medals had returned to work this week and the 11-year-old would again be set for either the Brierly Steeplechase or the Grand Annual Steeplechase.

The trainer had success over the Flemington carnival with Tralee Rose who he predicted had a bright future.

He said he would consider starting her in the Ballarat Cup on Saturday week but doubted she had enough ratings points to make the field.

However, this time next year he would love to see her in the Zipping Classic.

Wilde is enjoying a great run having trained five winners this month from 15 starters.