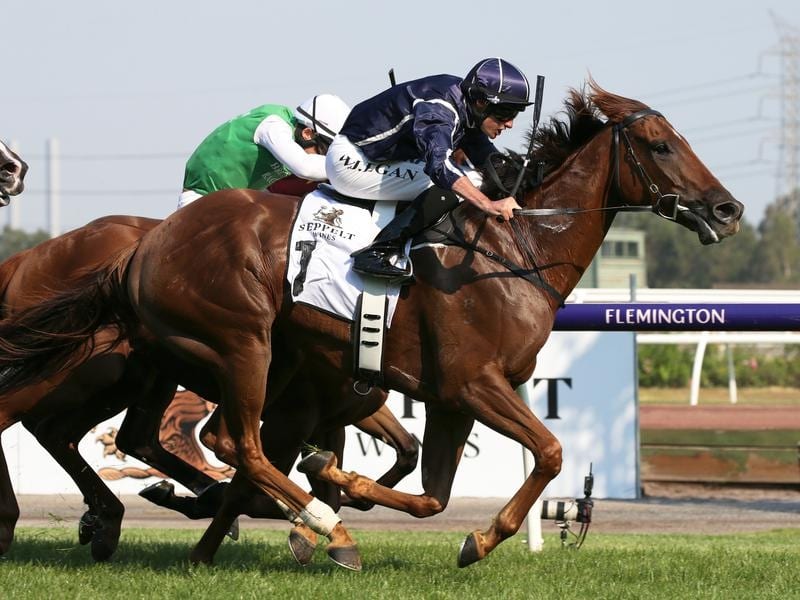 Widgee Turf is another step closer to the $1 million mark in prize money after a gutsy win at Flemington.

Ridden in a midfield position, Egan was always confident of success.

“It was a good win, especially on the firm track,” Egan said.

“He really let down well.

“He likes to have a resting run during the race and I thought I’d be able to get past them, but then that leaves time for something to run me down.

“But he’s a real trier so you can never bag him.

“He always runs an honest race and I’m certainly rapt to be associated with him.”

Scott Brunton, trainer of the runner-up, picked up minor consolation after Hellova Street missed a start in the $5 million All-Star Mile as the third emergency.

“He wasn’t going to get it easy in front, so he took a sit, peeled out early and was very brave.

“He lost a shoe in the run which didn’t help.”