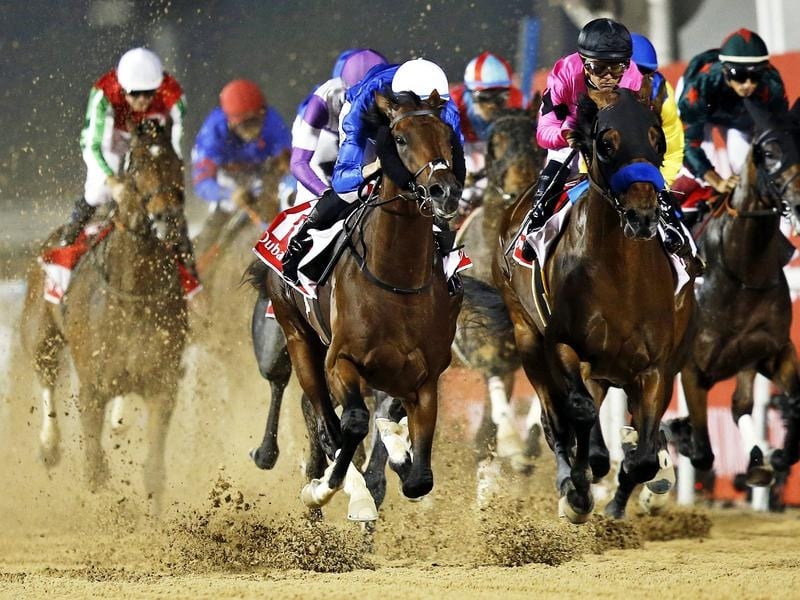 Thunder Snow will have to overcome a wide barrier in his bid to become the first horse to win the World Cup at Meydan in Dubai more than once.

The five-year-old gave Godolphin trainer Saeed bin Suroor a record eighth victory in the rich race 12 months ago before going on to finish third in the Breeders’ Cup Classic.

To be ridden by Christophe Soumillon, Thunder Snow does not appear ideally placed after drawing stall 12 of 13, but he was widest of all in gate 10 last year.

Other leading fancies Capezzano and North America will jump from stalls two and three respectively.

The Charlie Appleby-trained Old Persian is the likely favourite for the Dubai Sheema Classic under William Buick and has drawn two.

Almond Eye is the star attraction in the Dubai Turf and is drawn in the middle in stall seven.

The four-year-old is unbeaten in five starts including top-level triumphs in the Japanese 1000 Guineas, the Japanese Oaks and the Shuka Sho, before beating the males in November’s Japan Cup.

Almond Eye’s 12 rivals on Saturday include Bin Suroor’s Dream Castle (stall two), O’Brien’s I Can Fly (eight) and the John Gosden-trained Without Parole (12).