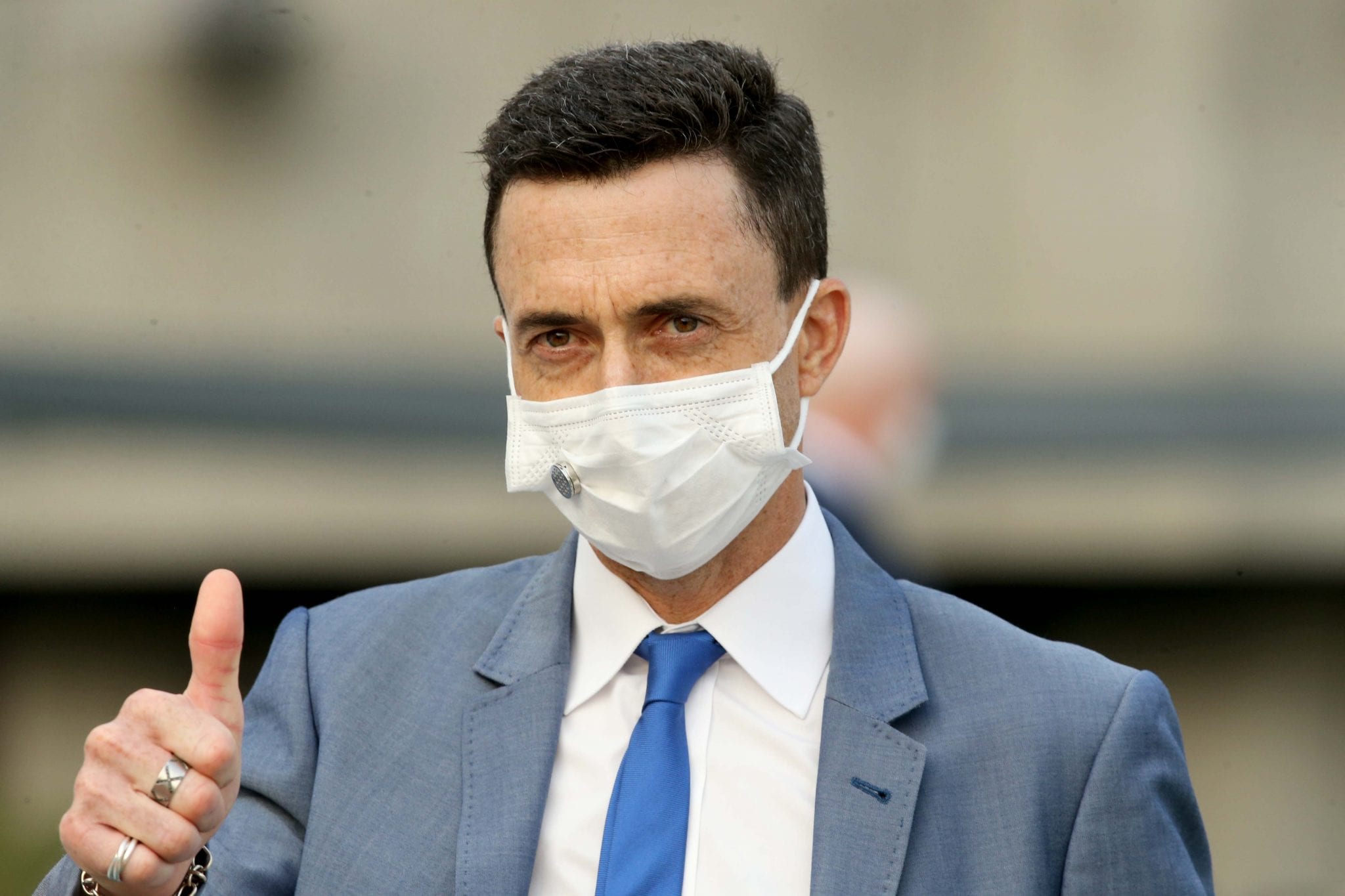 Douglas Whyte will unveil the first of American Pharoah’s progeny to race in Hong Kong this Sunday (14 February) when he takes the wraps off former Aidan O’Brien trainee Congratulation (113lb) in the Class 1 Chinese New Year Cup Handicap (1400m).

The four-year-old bay – sired by the 2015 American Triple Crown winner – was previously known as Monarch Of Egypt when under the care of O’Brien and prior to export finished runner-up to Siskin in the 2019 Group 1 Phoenix Stakes (1200m) at The Curragh. He also competed at the top-level against that year’s European champion two-year-old Pinatubo two starts later.

But while facing a seemingly daunting debut assignment at Sha Tin, where his charge will face a trio of 100-plus raters, Whyte remains hopeful a combination of three trials and a resume featuring top-class northern hemisphere form holds him in good stead.

“I’m going in hopeful that he’ll run well, the way that he has progressively increased his competitiveness at the trials shows to me that he’s at the right frame both mentally and physically to run a race – it’s a small field, it’s a competitive field but he’s got the quality behind him,” Whyte said.

“He’s settled in well and he’s a lovely horse – he’s obviously thrown in the deep end for his first run but having said that he’s had a very good grounding with three trials leading in to this and he’s progressively improved with every trial,” Whyte said.

Since his debut victory at Naas in April, 2019, the American-bred galloper has raced a further seven times for three runner-up efforts in both Ireland and Great Britain.

“He’s taken time to adjust – he’s been running on tracks with a bit of give in them and he’s hit the tracks here and it’s just taken time for him to adjust to the firmer tracks which he has done now,” Whyte said.

Whyte is looking to secure his first win in Sunday’s Class 1 feature as a trainer after triumphing in the race four times across his glittering career in the saddle, most recently in 2012 aboard the brilliant Glorious Days, who famously won the 2013 Group 1 LONGINES Hong Kong Mile first-up from a six-month spell with Whyte in the plate.

“He’s on the right track – I have no doubt that he is going to show his true ability going forward and it’s his first run but he has a lovely galloping weight – he’s certainly in there with a chance,” Whyte said.

This term, Lui’s chestnut has notched four placings from six runs, including at his most recent start over 1650m at Happy Valley.

“Sometimes he needs more ground to improve in the straight, so maybe Sha Tin can help him this weekend,” Lui said.

“He’s held his form, his form is good and he’s an honest horse,” he added.

The exciting future of Hong Kong’s burgeoning sprint ranks will be on show in a hot Class 2 Fat Choi Handicap (1200m) as the Whyte-trained Super Wealthy (128lb) is pitted against 10 others including the unbeaten Sight Success (118lb), four-time winner Wellington (127lb) and the exceptionally talented Sky Field (128lb).

“He just needed to get away mentally, so I sent him to Conghua and he’s had a bit of a change in atmosphere and work ethic,” Whyte said.

The bay returned from the Mainland Training Facility late last month and has since trialled down the straight at Sha Tin, crossing the line sixth against 10 others.

“He’s come back and the thing that surprised me and I was happy with was the way that he came out of the gates the other day with Vincent Ho, he didn’t leap in the air, he just began well, he went to sleep and Vincent said that he just tracked up to the line and that if he had of squeezed him, he had quite a bit left, so for me that’s a good sign,” Whyte said.

“It’s a very strong race but I still believe he is a good horse, we all know what he did early in his career and I just need to get him back on track,” he added.

In search of his fourth consecutive win and first in Class 2, Sight Success will break from gate four with Karis Teetan atop while Joao Moreira sits the meeting out due to suspension.

“I think he’s (Wellington) improving all the time, unfortunately he’s had a couple of setbacks as we know in the last 12 months and Richard (Gibson) unfortunately hasn’t been able to train him as he would like, so he’s always going to benefit from racing and from start to start,” Purton said.

The promising young talent revealed left front tendonitis following his first defeat three starts ago, but has since returned this season for two runs, posting a first and second.