Wfa Sprints Next On Radar For Sunlight 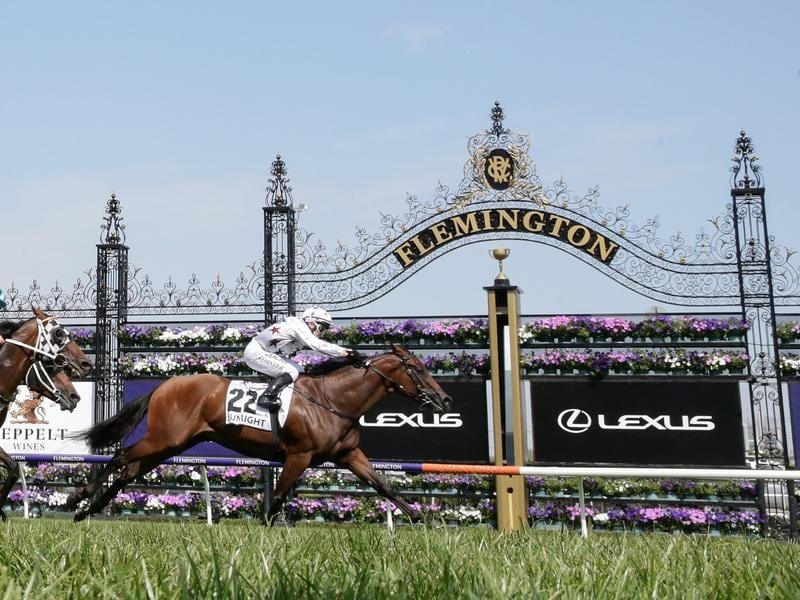 And her trainer Tony McEvoy believes Sunlight is still getting better.

Sunlight claimed her second Group One win, and first against older horses, when she led all the way in Saturday’s $1.25 million Newmarket (1200m) at Flemington, holding off Osborne Bulls and Brave Smash and a host of other quality sprinters.

McEvoy was using the Newmarket as a guide whether Sunlight should be aimed at the $2.5 million TJ Smith Stakes in Sydney next month or the Adelaide carnival and the Robert Sangster Stakes for fillies and mares and The Goodwood.

The strength of Sunlight’s Newmarket win has the trainer targeting the TJ Smith with another weight-for-age Group One race on the radar before the race at Randwick.

“She’s getting better, I believe.

“So we’ll probably look at the William Reid as the path to get her to the TJ Smith in Sydney.”

Sunlight stepped up to weight-for-age company earlier this season when a luckless seventh in the Manikato Stakes (1200m) at The Valley, eight days before she won the Group One Coolmore Stud Stakes for three-year-olds at Flemington.

Her Newmarket win took her record to nine wins from 14 starts with another four placings.