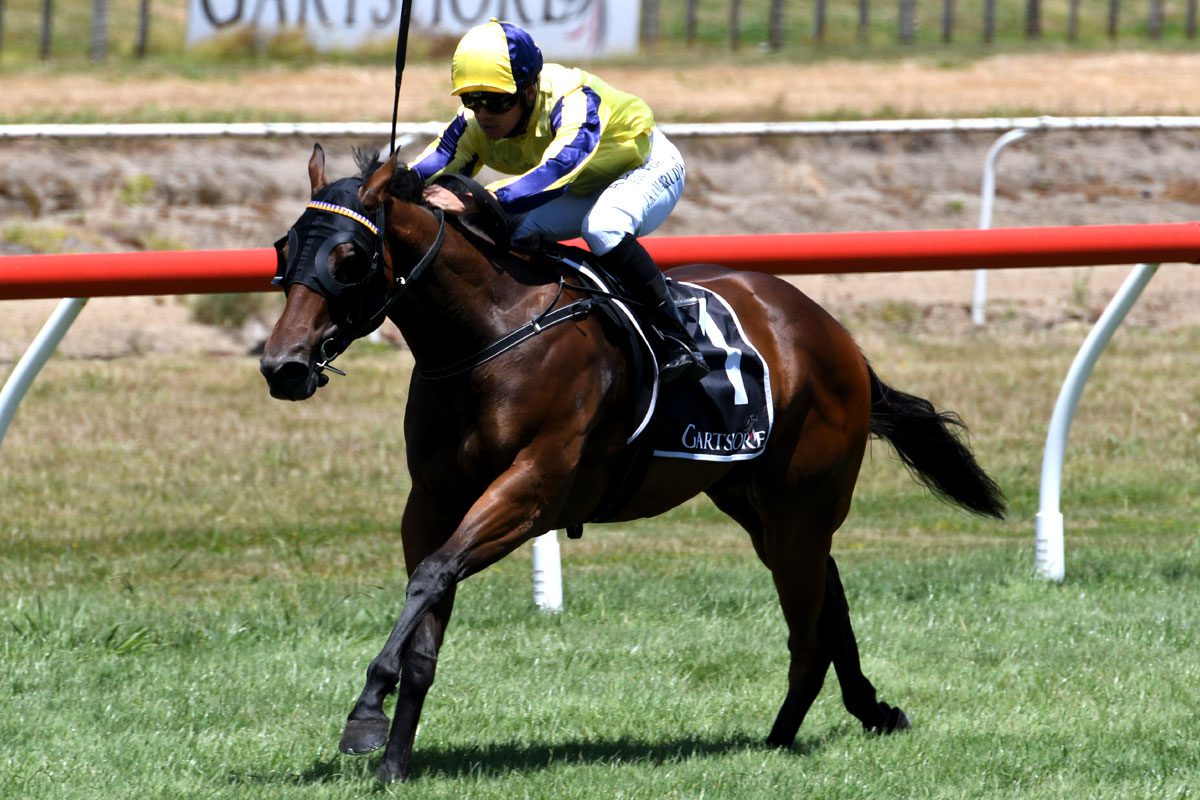 Trainers Lance O’Sullivan and Andrew Scott have timed their run to the DoubleTree By Hilton Karaka Million 2YO (1200m) at Ellerslie next week to perfection with promising juvenile Time Ruler.

The gelding ran away to a comfortable 5.5 length victory in the Ray White Mount Maunganui Juvenile (1200m) at Tauranga on Friday, with his NZD$17,250 earnings from the race booking his spot in next week’s two-year-old feature.

It was also a good result for his sire Time Test, who recorded his first southern hemisphere victory as a sire with the win.

“He (Time Ruler) had won a trial early on and was impressive and has taken a bit more time in learning his craft. Andrew and Lance have done a wonderful job and now have the horse in the Karaka Millions,” said Little Avondale Stud principal Sam Williams, who stands Time Test at his Wairarapa farm.

“It is outstanding for Time Ruler and fantastic for Time Test to have his first winner in the southern hemisphere and a runner in the race (Karaka Million).”

Time Test filly Timeless ran on well to finish third in the race, with her earnings putting her into first emergency for the Karaka Million.

With Friday’s result, Williams’ own horse Time Flies has been pushed out to second emergency for the rich feature.

Williams co-bred the Jamie Richards-trained gelding and retained a share in him when he was purchased by bloodstock agent Chris Rutten for NZD$115,000 at Karaka last year.

While disappointed to miss out on a run in the Karaka Million, Williams is excited for the future with the gelding.

“You never know what can happen in the space of a week in racing,” he said.

“Time Flies is still very much learning his racing craft. I think he has got untapped ability.

“He has been impressive in his two trial wins and he has just been a bit unfortunate come raceday.

“I think he is an exciting horse going forward.”

Williams is also excited about the future with Time Test and his progeny leading into New Zealand Bloodstock’s delayed National Yearling Sale in March.

“I am so excited for the stallion and timing is everything,” he said.

“Approaching the Karaka sales we have got a lovely bunch of Time Test’s heading to the sales.

“I have never been so relaxed during a yearling prep. I have thoroughly enjoyed the Christmas period (break). It has been one of the best things ever.

“We have got a lot of November foals and they are very well grown, I am very happy.

“It is going to be exciting for everyone at Karaka this year to experience those March horses.”