Wetakemanhattan Too Strong At Flemington 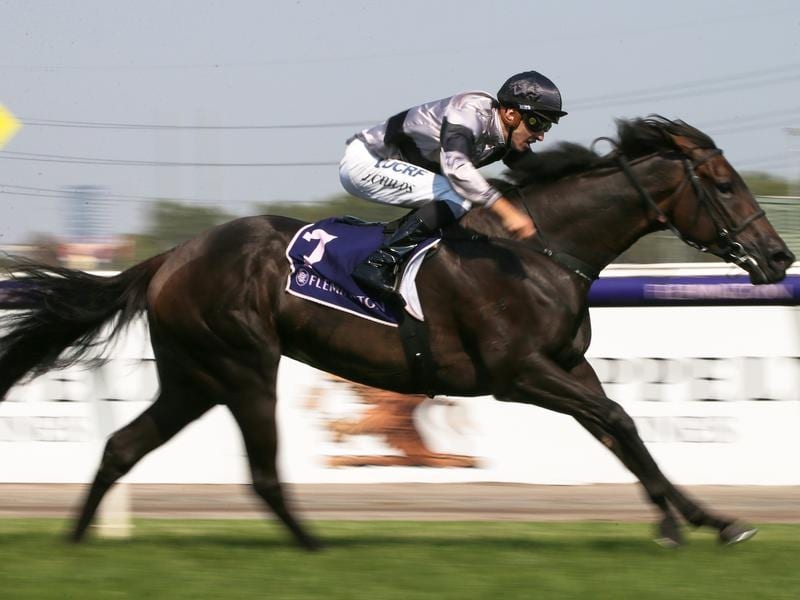 Lightly raced Wetakemanhattan has graduated to city company with a strong on-pace win at Flemington.

Stepping up to 2000m for first time in Saturday’s Grand Classic Final, Wetakemanhattan extended his record to four wins from nine starts.

Trainer Matt Cumani said Saturday’s $150,000 race was a target but he was surprised with the victory.

“A while back I thought 2000 metres would suit him but then I thought it might not at this grade,” Cumani said.

“He’s proven me wrong and a lot of that goes down to a great ride by Jordan Childs.

“He was strong to the line and he beat Terry Henderson from OTI, which I enjoyed, but he’s walked by and said he was taking all the horses.”

Cumani said he has no immediate targets for Wetakemanhattan who can be quite a handful pre-race, but thinks there’s a good race if he can learn to settle.

To make the win sweeter, Cumani was joined by wife Sarah and 12-week old son Massimo.

“He’s the new lucky charm from now on.”