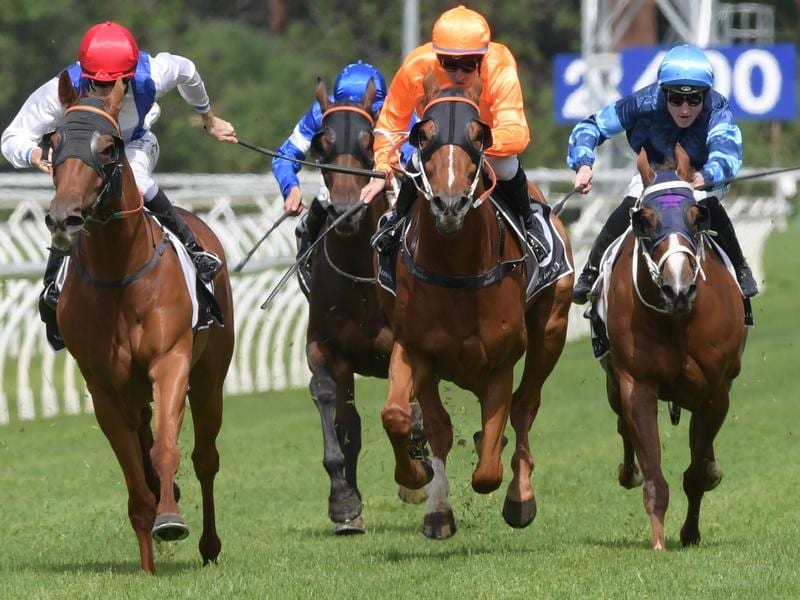 The recent storms in Sydney have played Monsieur Sisu’s favour with the gelding appreciating the heavy track at Warwick Farm.

The Paul Cave-trained four-year-old claimed his third win from 10 starts in Saturday’s 1600m benchmark race on his home track.

Although on paper some of his rivals had superior form, none had better on wet ground and punters sent him out the $3 favourite to take his record to three from three on heavy going.

He did not let them down, leading all the way to keep Astoria ($5) at bay by a half-neck, with Intueri ($12) another short neck third.

Monsieur Sisu was a little agitated behind the gates and Cave was relieved when he was eventually loaded.

“I trained the mother and most of the foals and they have all been a bit quirky,” Cave said.

“The mother (Lady In Paris) was a bit of a rogue.”

Cave has always had a reputation of being adept with stayers, including Lahar, who ran equal third in the 1999 Melbourne Cup won by Rogan Josh.

Although he has scaled his team back in recent years, Cave still has an affinity with stayers and believes Monsieur Sisu can step up in distance.

“I’m hoping he can get a trip because I think he can be a handy stayer,” he said.