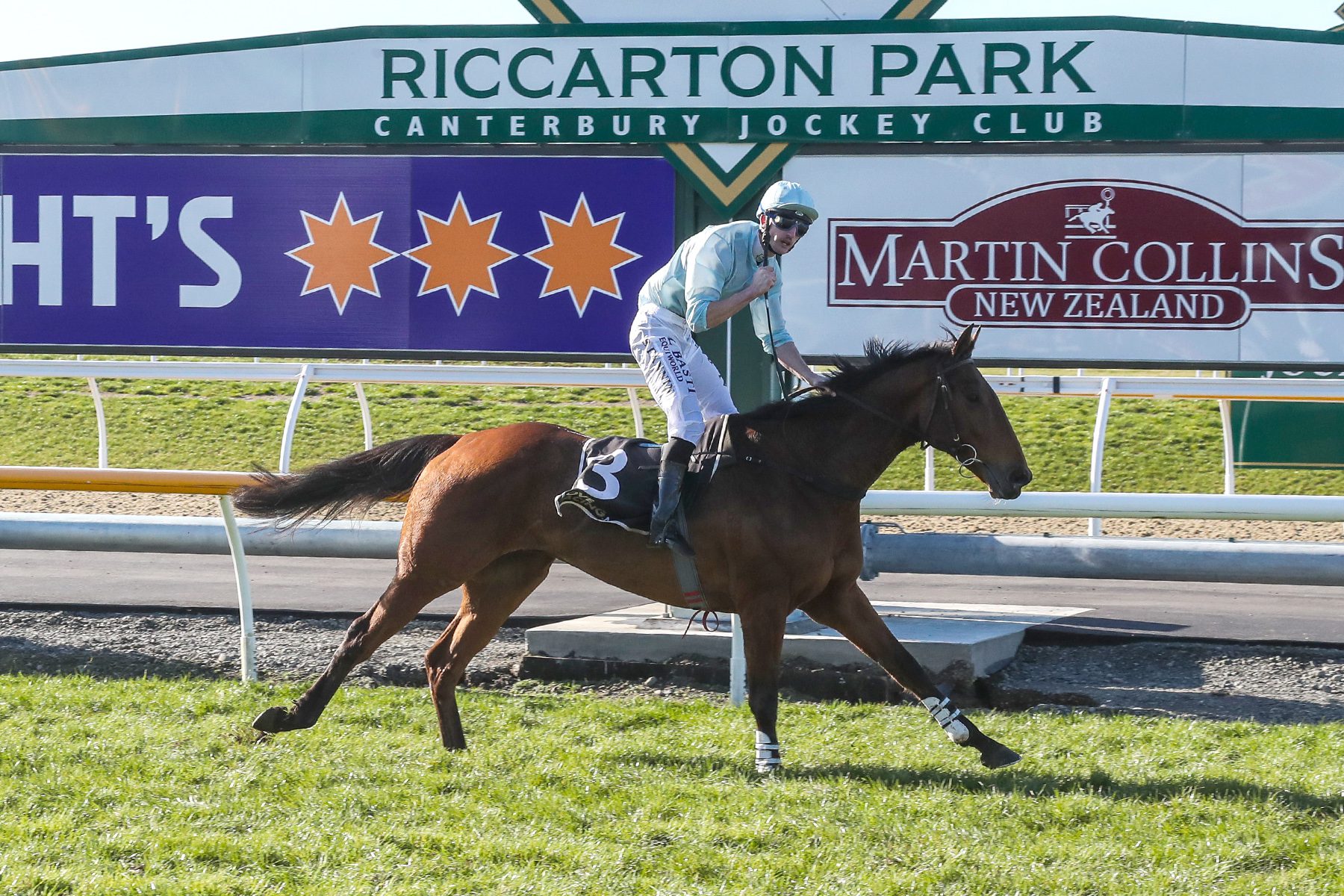 Classy jumper West Coast looked like he was out for a Sunday stroll in the park as he ambled his way to victory in Saturday’s Racecourse Hotel & Motor Lodge 147th Grand National Steeplechase (5600m) at Riccarton.

Sent to the lead from barrier rise by rider Shaun Fannin, the seven-year-old gelding set a leisurely pace throughout, virtually walking the first lap before increasing the tempo starting the final round of the Riccarton circuit.

With 1000m to run it looked like West Coast’s race to lose and he didn’t put a foot wrong as he leapt the final obstacles without incident to canter home by ten lengths at the winning post.

Carnaby, who had sat second throughout tried manfully to bridge the gap but had to settle for the runner-up position with Tittletattle battling on strongly for third.

It was the seventh win in the race for trainer Mark Oulaghan, who admitted it was a reasonably comfortable watch as his charge surged to victory.

“With the small fields you’re never quite sure what is going to happen and he is probably not an experienced horse, but he got there on ability,” he said.

“I left it up to Shaun and he handled it pretty well.

“It’s good to win any race but to win a National is pretty special.

“Hopefully he can come back and do it all again next year, but what we look at up north I’m not too sure so we will get him home and take it from there when we see how he is.”

Fannin was delighted to capture a win in the race after finishing runner-up on Mandalay twelve months earlier in his best result from five previous rides in the iconic event.

“This is the biggest race I’ve wanted to win as I haven’t had much luck in it, so it’s very special to get it today,” Fannin said.

“He’s probably not the best in front as he gawks around a bit.

“He controlled the race throughout in a beautiful rhythm and he was just too strong at the finish.

“It actually helped him when they came at him entering the straight as he went again and was comfortable at the finish.

“I was lucky enough to get on him last year and I thought he was one to stick with this season and it has paid off.”

The victory was the third from just five runs over the steeplechase fences for the son of Mettre En Jeu who has now won over $119,000 in prizemoney from his twenty career starts.

West Coast is raced by the Williamson family from Twizel, including long-time jumps enthusiast Ron Williamson, and had long flagged himself as a jumper with ability, having finished runner-up to this year’s Brierly Steeplechase winner Vanguard in a maiden steeplechase at Wanganui last year.