Weona Smartone makes it four in a row at Gold Coast 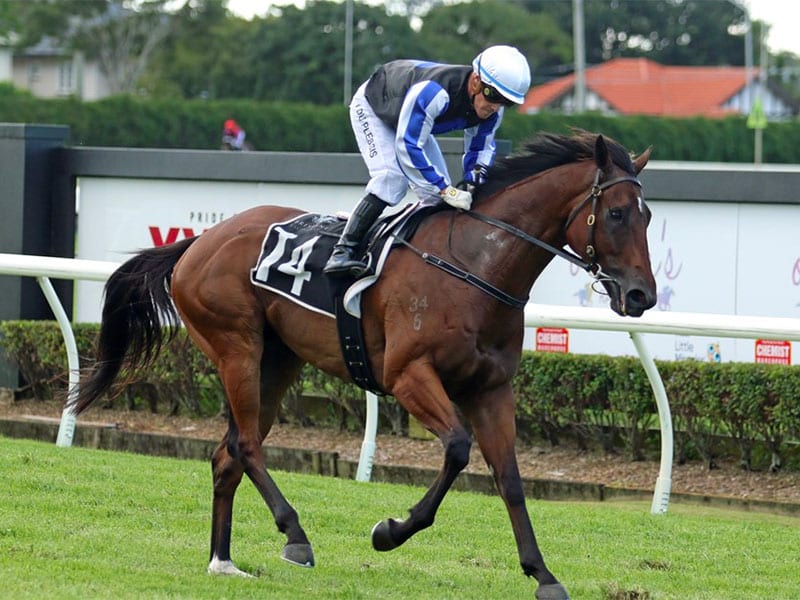 There may not be a more aptly named racehorse in Australia than David Vandyke’s Weona Smartone, who lined up in just his fifth career start on Wednesday at the Gold Coast and made it win number four in impressive fashion.

After a brilliant jump, Ryan Maloney held his forward position and was able to dictate terms before kicking clear to win by 5.5 lengths.

“I actually had goosebumps when they went to the line, and I’ll tell you why,” Vandyke said.

“I didn’t like his last win, he jumped out, he charged, his head was in the air, he was over racing and even though he won with authority, I thought, ‘He’s not going to be a good horse if he keeps that up.’

“But today, he just came out, he was relaxed, his rhythm was good and it almost looked effortless.”

While the Heavy 10 conditions were somewhat of an unknown for the speedy four-year-old, he did not let punters down.

Starting as a $1.20 favourite on Queensland totes, he went away to win in 1:05.83 and finished off with the fastest final 600m of the day as the only runner to break 36 seconds.

“He’s run home in a quicker time than anything else today and watching it you wouldn’t think he did,” Vandyke said.

“Ryan (Maloney) rides him so well,” he said.

“He just comes out with the confidence that he’s going to put himself in front.

“It was just dominant and exciting.”

The go-forward horse was able to hold the fence and then came out to the best part of the track, about seven horses off the fence, and repelled the challenges of Kumasi and September Girl.

“Can he get cover and all the rest of it? We don’t know, he’s only had five starts,” Vandyke said.

“But if he keeps turning up like that, it’s just exciting. He’s a very promising horse.

“To have a good experience like that is just gold.”

Weona Smartone is a $51 chance in the early betting for The Everest.