Gypsy Goddess ready for Heavy 10 challenge in the Australian Oaks 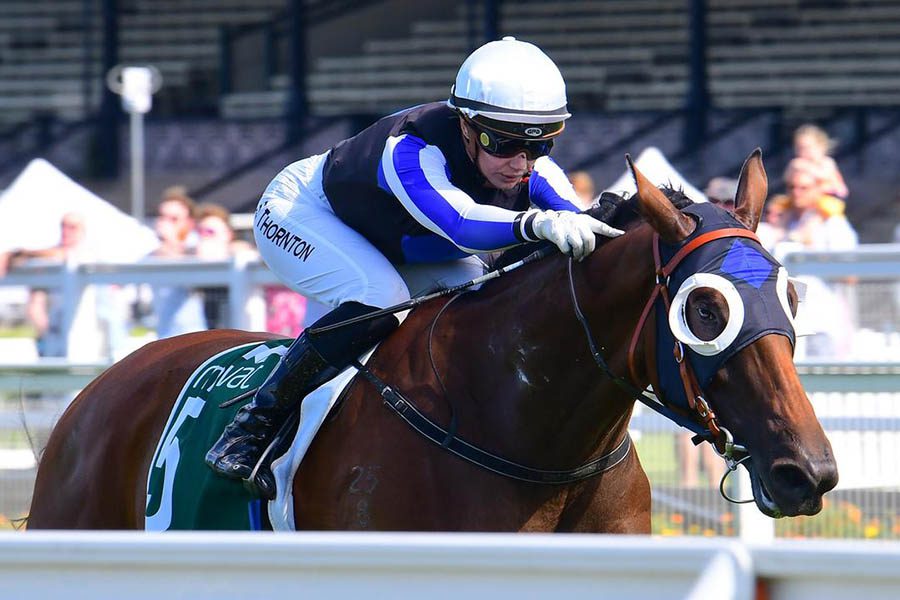 The secret to Gypsy Goddess’ rapid rise and equal favouritism for Saturday’s $1 million The Star Australian Oaks (2400m) at Randwick on Saturday is simple – she just keeps winning.

That is the opinion of her trainer David Vandyke regarding the $4.20 starter with the top online bookmakers, with Hinged (for Chris Waller) and Honeycreeper (James Cummings) given the same odds to salute.

Saturday will be just the seventh start for the three-year-old filly, who Vandyke trains at Caloundra on Queensland’s Sunshine Coast.

But she is already about to line up in her second Group 1 staying race.

And the secret to her sudden success, with five wins from six starts, is easy according to Vandyke.

Gypsy Goddess was an instant winning, triumphing in her first start – a $24,000 maiden race over 1400m at the Sunshine Coast Turf Club on October 17 last year.

But Vandyke only had a modest opinion of her, proving yet again the multiple Stakes-winning trainer has a magic touch with young and developing horses in his stable.

“Not really (did I think she was a great horse before her first start). I thought she was just an average horse, but she’s proven she’s better than that,” he said.

Hinged was half just under half a length behind Waller’s triumphant filly Fangirl on that occasion.

Star hoop William Pike was on Vandyke’s runner, trailing the victor by 4.5 lengths at the post.

It was an admirable showing on a Soft 6 track in Newcastle, the same conditions at Doomben where Gypsy Goddess won the $125,000 XXXX Eagle Way (2000m) in her third career start on December 4 last year.

But Randwick on Saturday will be a Heavy 10, offering the talented young filly another new challenge.

“I think she’ll run well if she can handle the track and if she gets a strong 2400m,” Vandyke said.

“It was a Soft 6 (in Newcastle) and it’s a Heavy 10 tomorrow. There’s a bit of a difference between the two.

“But I’m hoping she handles the wetter track.”

Set to run in a high-quality Australian Oaks field, Vandyke is not looking any further ahead than Saturday’s 2.35pm Group 1 staying race at Randwick.

“We’ll just see how she runs, and how she recovers,” he said.

“Hinged beat us last time and Honeycreeper won brilliantly (for James Cummings in the 200,000 TAB Adrian Knox Stakes over 2000m) last week. They’re the two in my mind who are the hardest to beat.

“But there are some good fillies in there, and it would be no surprise to see any of them run well.”

Vandyke has a respectable 40 winners so far this Queensland trainers’ premiership season.

And while he moved from Warwick Farm to the Sunshine Coast in 2016, he takes a lot of pride from his horses performing well in the big Group 1 races down south.

“It’s nice to come down from pretty much country Queensland and try to mix it with the big boys,” he said.
“We get our share of winners, which is great.”