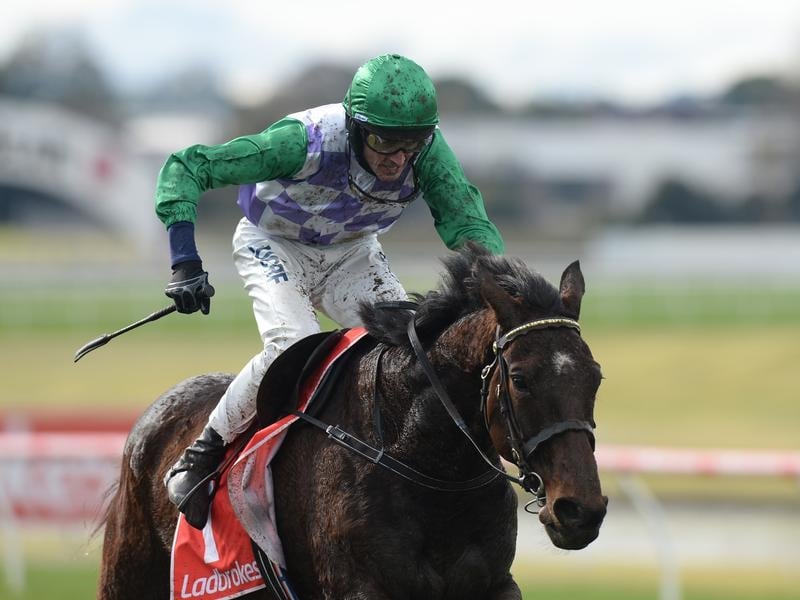 Durden, who retired in 2010, was associated with many of the top jumpers from the stables of Jim Houlahan, Eric Musgrove and Robbie Laing.

But he has a soft spot for Wells, trained by his wife Kathryn, who on Sunday shoots for a record fourth Grand National Steeplechase at Ballarat.

Wells won his first at Sandown in 2014 but an infection to a fetlock joint ruled him out for 2015.

He returned to win at Ballarat in 2016 before a narrow victory last year.

While jumps racing has changed since Durden was riding and he’s loath to compare horses from a different era, he is sure Wells would’ve been competitive against the best of yesteryear.

“A good horse is a good horse and he fits that bracket,” Durden said.

“I think he would have stacked up against the best when I was riding.

“He does jump a fence really well and he does stay well and he would have been competitive in that era because of that.

“It’s already been fantastic for us to win the three Nationals so if he could go there again and be good enough, or fortunate enough, to do it again it would be wonderful, but I think more so for the horse.

“He gives his all every time he goes around.”

Wells had a minor setback and missed the Crisp Steeplechase at Sandown on August 5 and while Durden said it was never ideal to have a hiccup along the way, he doesn’t see it as a concern.

He pointed out the jumper missed the corresponding race in 2016.

“Up until then he’d had a really good prep,” Durden said.

“He had a nice trial (at Cranbourne) on Monday where he just bowled around, jumped well and had a nice day out.”

The Ballarat track is already rated in the heavy range and Durden hopes it doesn’t deteriorate despite cold and wet conditions expected.

Wells won his 2016 National by 10 lengths in atrocious conditions and won his last start at Bendigo on good ground.

“We always like him on better ground because he can show his turn of foot like he did at Bendigo,” Durden said.

“But he’s a good stayer and he has performed on heavy ground.”