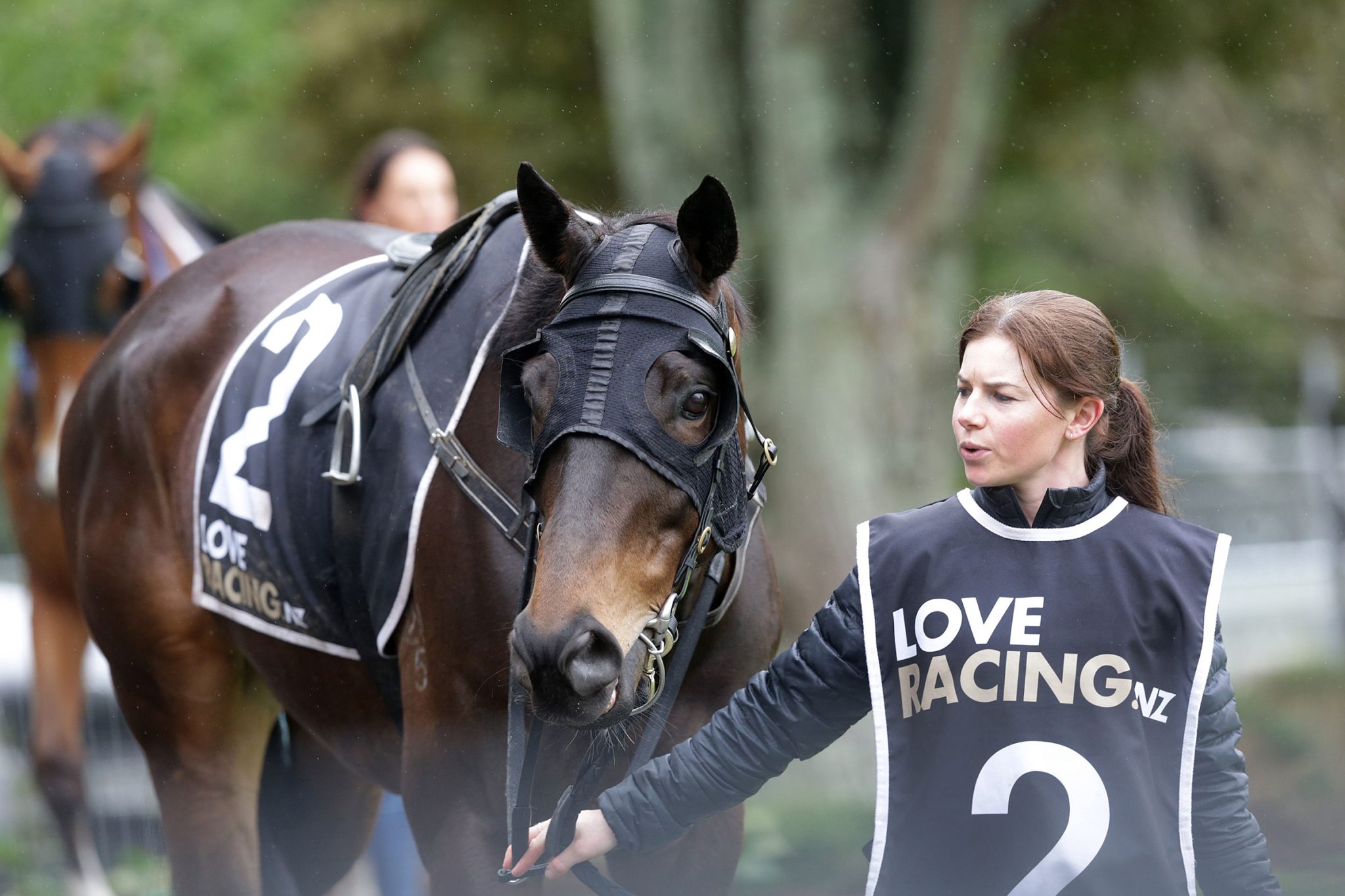 New Zealand horsewoman Amber Sims has no shortage of titles in the racing industry: trainer, track rider, industry education co-ordinator being among them.

By the end of summer she hopes to add another: a winner of the Group 3 Wellington Cup (3200m).

Sims is thinking big with Coruba Jak, the only horse she trains, after he raced away for a 2.75 length victory at +2200 odds in the Happy 20th Birthday SkyCity Hamilton Mile (1600m) at Te Rapa on Friday.

She admits being surprised at the victory.

“I was only really thinking of giving him a run, really, because he hadn’t raced since mid-July. I was looking towards Hastings on the last day,” she said.

“I thought the field was quite strong, so I wasn’t expecting that. His coat’s still coming through.”

Though it was his second victory at 1600m, Sims said Coruba Jak was a better horse at staying distances, hence the aim for the Wellington Cup on January 28.

“This might be his final year of racing – he’s seven years old now – and two miles is right up his alley for the Wellington Cup,” she said.

“I will only run him where there’s a bit of give in the track – he can’t handle a firm track – so we’ll nurse him along to try to get him there.”

Coruba Jak is still likely to run next at Hastings, being targeted at a Rating 75 2000m event.

Sims bought Coruba Jak for NZD$1600 on gavelhouse.com after having worked with him

“He was with Murray Baker and Andrew Forsman when I was there and I used to ride him a little bit, and later on I saw him on gavelhouse. I missed him the first time, but he went on a second time and I picked him up,” she said.

“I used to ride his older half-brother Grand Rio and I won on him, and I thought that being a Jakkalberry he would need a bit of time so I put him in the paddock for six months.”

Sims has already packed a fair bit into her career. She began as a jockey, and still rides work on Coruba Jak and for her mother, Patsy Riley.

She also spent time doing marketing work for Pukekohe Park, and for the last year she has been the Northern Education Coordinator for New Zealand Thoroughbred Racing.

This job involves coordinating the apprentice jockey and breeding student programmes in the North Island. She helps takes them through Equine Skills courses and other qualifications at Levels 2, 3, and 4.

“It’s compulsory for our apprentices to do Level 3 and 4 qualifications, and it’s by choice for the breeding students to upskill themselves,” she said.

Though jockey apprenticeships have a long history, the programmes for potential stud workers is more recent but Sims says they are becoming more popular with students and farms.

“We had a revamp with the content in the past three or four years, and we have 45 students at the moment. It’s a 24-month course and it’s all on-farm – everything from getting mares ready, serving them, foaling down, weanling prep and yearling prep,” she said.

“Windsor Park have been huge supporters with high numbers, but most of the stud farms have at least one person on it now.

“It’s great for the farms, but they are internationally recognised. They are all about upskilling people and getting them the skills to move into managerial roles.”

Sims said her various roles keep her busy to such an extent that one of her previous jobs – teaching music part-time – has had to be put on hold.

However, she said she is looking forward to eventually training another horse, possibly when Coruba Jak’s racing days come to an end.

“I will find another horse, eventually, when I get the time. I’m always on the lookout for something.”