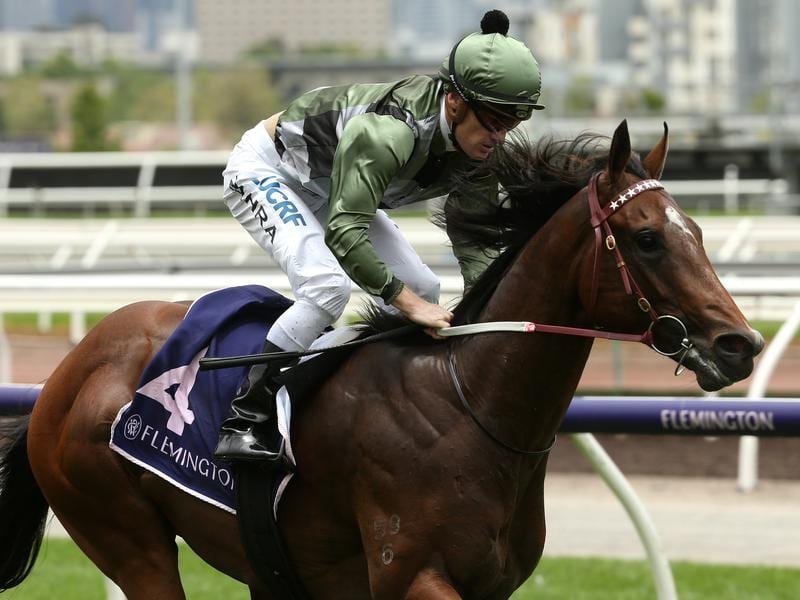 Yes Yes Yes has moved into contention for a start in the rich Magic Millions 2YO Classic at the Gold Coast with victory up the straight at Flemington.

Ridden by Mark Zahra, Yes Yes Yes settled just off the speed before taking over with 200m to run in defeating Absolute Flirt ($6.50) by 1-1/2 lengths with Favourite Things, backed from $12 to $8.50, a further three-quarters-of-a-length back in third place.

Darren Weir said he would give consideration to heading to the Gold Coast with the two-year-old for the Magic Millions meeting on January 12.

After his debut performance Weir sent Yes Yes Yes to his seaside base at Warrnambool and the two-year-old had only one gallop leading into Saturday’s race.

“He went to the beach after that first run after being at Ballarat all prep to hold him together,” Weir said.

“The Magic Millions is in the back of our minds and if he holds together we’ll think about.

“He’s a really nice horse and looking at him in the yard I thought ‘gee, you’ve got three-year-old written all over you’.

“It’s a good prize money race so if he’s holding together it would certainly be something to think about.”