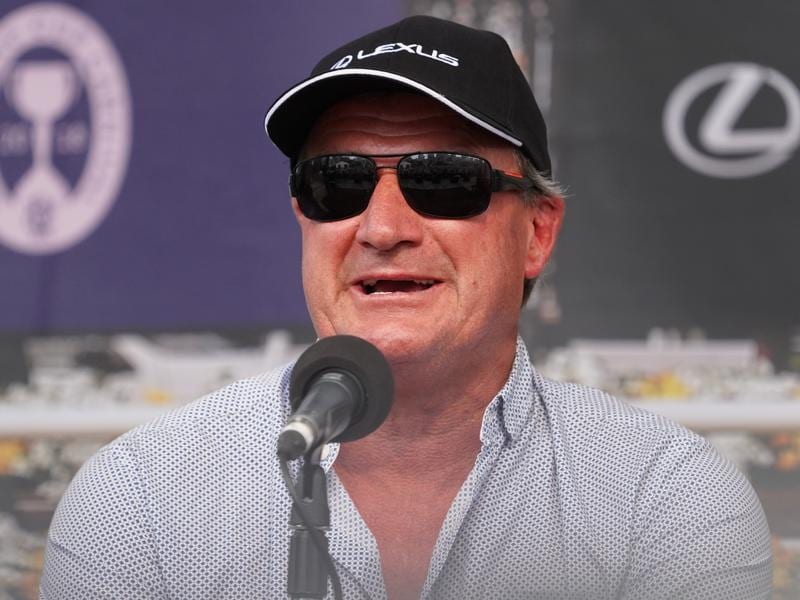 Extra Brut won Saturday’s Derby at Flemington and on Thursday Weir is set to saddle up Amphitrite, Verry Elleegant and Zapurler in the $1 million Oaks for fillies.

Thousand Guineas winner Amphitrite steps up sharply in distance from 1600m to 2500m after being a luckless runner in Saturday’s Empire Rose Stakes for fillies and mares when she was held up for clear running in the straight and wasn’t fully tested.

Amphitrite has firmed from $4.20 to $3.30 favourite with TAB fixed odds since Monday and Craig Williams will be back aboard having won four times from four rides on the filly.

“I’m happy to have her in the race,” Weir said.

“She had a run the other day and didn’t get tested, so she has come home and done pretty well.

“She has drawn to get a nice run. Can she run the trip? I don’t know.”

Stablemate Verry Elleegant has been displaced as Oaks favourite and was at $4.80 on race eve with the Mathew Ellerton and Simon Zahra-trained Wakeful Stakes winner Aristia at $4.60.

Verry Elleegant raced keenly back in the field before finishing fifth in the Wakeful and Weir has opted to apply a nose roll to the former New Zealand filly.

“I still think her run in the Wakeful was OK,” he said.

Weir said given the way Verry Elleegant raced in the Wakeful, he was glad he ran her because that should have taken the edge off her for the Oaks.

“She’s doing well. She’s just not an easy horse to ride, that’s all,” he said.

Weir also has $11 chance Zapurler who strode away for a 3-1/2-length last-start win in a 2124m Echuca maiden and has Hugh Bowman to ride.

“It’s just a throw at the stumps,” Weir said.