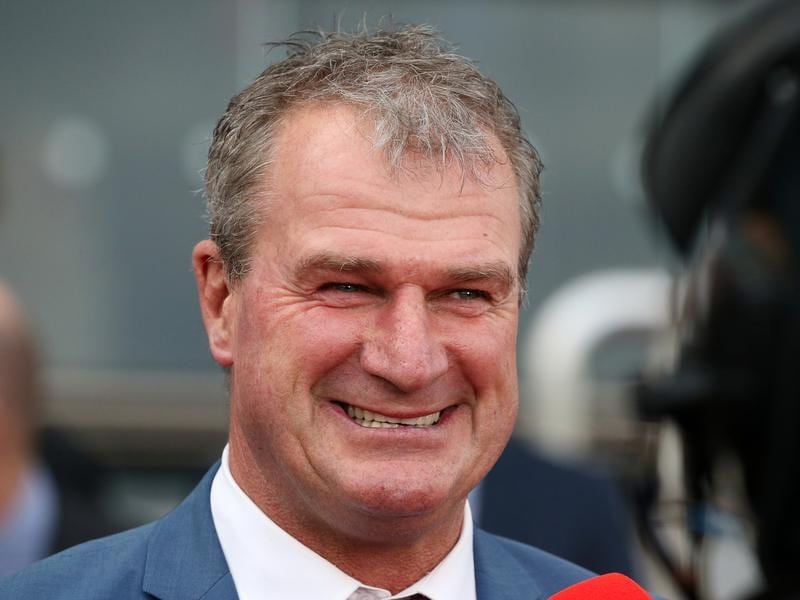 Darren Weir has broken his own training record for Victorian metropolitan winners in a season with a month to spare.

Victory to imported stayer Pacodali in Saturday’s Keno Bonus Handicap (1800m) at Caulfield brought up the milestone for Weir – the trainer’s 138th metropolitan winner in Victoria for 2017-18 to eclipse the record he set last season.

“Records don’t sort of worry me. If you’re training winners you can pay your bills, because I do spend a lot of money on my places,” Weir said.

“I just think it proves that everyone is doing their job at home because you certainly can’t be in every spot when you’ve got as many horses as what I have, and the places that I have.

“Everyone is doing a great job.”

Earlier in the meeting, import Haripour brought Weir level with his season tally from last year with a win in the Keno Classic Handicap (1600m).

Pacodali set the new mark for the trainer when the import overhauled stablemate Sixties Groove in the final strides of the 1800m race.

Weir is also fast closing in on the record of 449 winners he trained nationally last season.

Five-year-old Pacodali won four of his eight starts in his first Australian preparation for Weir last campaign and his win on Saturday came in his second start back from a spell.

Ridden by leading apprentice Ethan Brown, Pacodali ($8) defeated Sixties Groove ($4) by half a length with another 1-3/4-lengths to Trap For Fools ($10) in third.

“He showed a lot of ability last prep and I think he’s come back even better,” Brown said.

“He gave a nice turn of foot and I feel as though he’ll come on again from that.”